Imagine a world, if you will, where potential college athletes act as their own auctioneers – selling off their skill set to the highest bidder in the crowd.

A world where college football coaches could tempt players with more than just alumni gifts and perks, but actual sums of money way beyond cost of attendance.

Imagine Jim Harbaugh’s khakis on the edge of his seat, straining to reach his paddle higher in the air, quivering with excitement at the thought of securing young talent. Or Nick Saban’s cocky smile as he lounges confidently in his chair, languidly raising his own paddle, knowing he has bigger bucks to spend.

Depending on a court ruling, the landscape where freshmen become a form of currency in the collegiate world could be fast approaching and monetary value might once and for all reign supreme – not prestige, not reputation, and certainly not tradition.

In a monumental ruling on Wednesday, The 9th Circuit Court of Appeals upheld a federal judge’s finding last year that the NCAA “is not above antitrust laws” and that its rules have been too restrictive in maintaining amateurism. The case is known as “O’Bannon v. NCAA” due to its lead plaintiff, former UCLA basketball star Ed O’Bannon. The ruling, written on behalf of a three-judge panel by Judge Jay Bybee, explains why the NCAA has been conducting itself too much like a business and thus must be regulated like one. “The NCAA is not above the antitrust laws, and courts cannot and must not shy away from requiring the NCAA to play by the Sherman Act’s rules,” said the Court in the 78-page decision.

The ruling did however, in a two-to-one spilt, draw the line at “cash sums untethered to educational expenses” being given to student-athletes, which the majority of the panel felt uncomfortable supporting. This reverses the plan of the lower court to allow programs to permit deferred compensation of up to $5,000 per year.

Basically, this was a case that everybody lost: The NCAA lost on principle, but won from a fiscal perspective – O’Bannon won on principle but lost the money. In the world of economic theory, this is the closest you get to justice.

“In terms of antitrust analysis, the concept of amateurism is relevant only insofar as it relates to consumer interest,” said Judge Thomas in his separate opinion. “Even today, the NCAA’s conception of amateurism does not fall easily into a bright line rule between paying student-athletes and not paying them. Tennis players are permitted to receiver payment of up to $10,000 per year for playing their sport. A tennis player who begins competing at a young age could presumably earn upwards of $50,000 for playing his sport and still be considered an amateur athlete by the NCAA.”

While this ruling is not crippling for the NCAA, it does open up a can of worms, specifically if it is upheld after the appeals. We could be seeing more and more anti-trust lawsuits in the near future, including ones brought by other student-athletes.

Where do we go from here? Not to the auction block quite yet. Ed O’Bannon’s lawyer Michael Hausfeld and the NCAA’s chief legal officer, Donald Remy say they are weighing their options – both will have 14 days to request a re-hearing in front of the full 9th Circuit, or 90 days to appeal to the Supreme Court. It is highly unlikely that the SCOTUS will hear the case, but as billable hours compound, that is the only recourse O’Bannon and his legal team have left. That means we should know something definitively by the spring of 2016.

In the meantime, the Big 12 Commissioner Bob Bowlsby summed up the future of college athletics perfectly on the NCAA’s conference call.

“This (ruling) provides some level of uncertainty, but also a welcome level of certainty,” said Bowlsby. “In the main, I believe this has affirmed the amateur status of collegiate athletes.”

The “for now” might be implied. But it is “certainly uncertain” whether we will see Urban Meyer jostling with Mark D’antonio, battling with paddles, when auction time rolls around.

by The Fam time to read: 2 min
Baseball The 20th Anniversary Of The Angels-Mariners Tiebre… 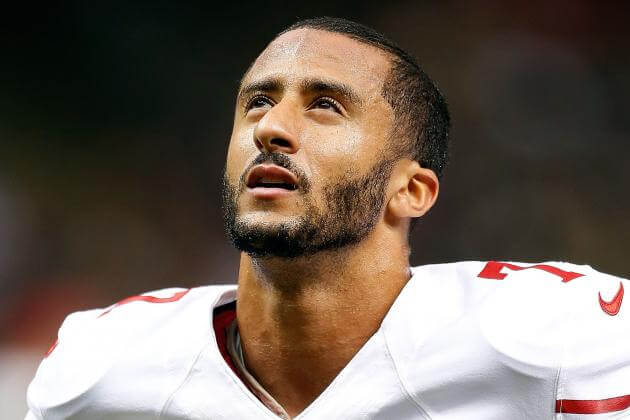