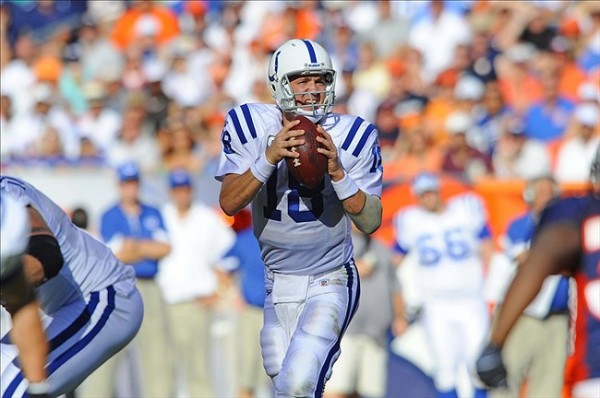 Peyton Manning will have a navy blue Broncos helmet on this season.

You might need to read that again to let it sink in.

No more white and royal blue; no more horseshoe for one of the game’s best quarterbacks.

It seems sacrilegious and, yet, it’s the perfect example of how sports work today. The bottom line is, was, and always will be the almighty dollar. For Colts GM Jim Irsay, it simply didn’t make sense to back a dump truck of money up to Peyton’s Indiana home if he didn’t know about the quarterback’s health.

Irsay decided to change everything from square one - other than Reggie Wayne - and go another route.

That is a story in itself, and now it’s a footnote in the career of number 18. In the now, it’s all about Peyton as a Bronco, implementing his system behind the grinning approval of John Elway.

The race for the son of Archie and the elder brother of Eli came down to Denver, San Francisco, and Tennessee. According to Peter King of Sports Illustrated, Peyton didn’t want to deal with the circus of returning to the state where he played his college ball or a team that was ‘Super Bowl or bust.’

But, don’t those rationales seem silly? In Denver, a city that almost exploded due to the Tim Tebow phenomenon, the circus will probably reach epic proportions. Wouldn’t any city create a circus for one of the game’s greatest passers? Maybe there would be an overload of pressure, but hey, you’re Peyton Manning. The pressure comes with the territory.

In regards to pressure, why would San Francisco’s team chocked full of talent drive someone away because of a realistic goal? It seems too perfect for Manning to step in and improve on what Alex Smith did last season.  Manning to Moss? A defense that returns all 11 starters from last season? A running game that can take the pressure off Peyton?

The last question is where the rub would have to occur. The 49ers want to run the ball to set up the pass, and it worked pretty darn well for Harbaugh’s group last season. Peyton doesn’t want that. He wants to run his stuff with his authority and have it happen his way.

It’s not unfair to criticize that, nor is it unfair to think he deserves that clout. The man has done what few before him had and completely revolutionized the way the game is played.

To sum it up, the circus and expectations baloney seems to be just that: baloney.

No one should blame Manning for taking his talents to the Mile High City. Denver’s defense alone gave them eight regular season wins and an extra one in the playoffs. The Broncos aren’t as close as the 49ers, but they certainly aren’t that far away from making noise.

Maybe that’s what it took for Peyton to embrace a new challenge. It would benefit him and his legacy to take a team that’s in the middle of the road somewhere and be the enormous deciding factor in its success.

After all, didn’t he do that before? Isn’t that what he’ll be known for in Indianapolis?

He steps in and, automatically, the circus is in town. He steps in and the fan base immediately starts thinking Super Bowl. That’s what comes with being Peyton Manning.

And that’s why the rationale offered up on Monday for his decision seems imaginary.