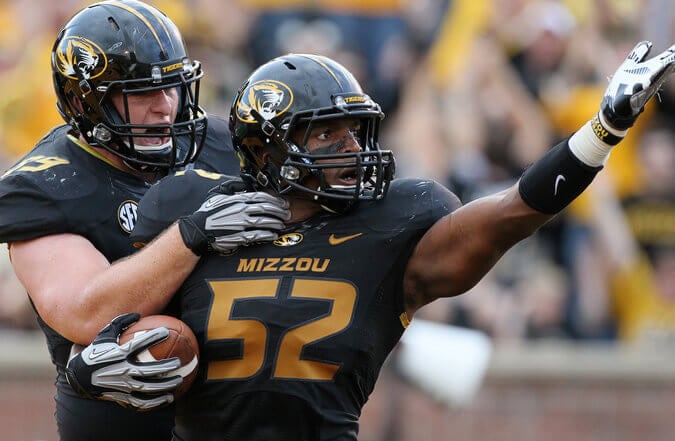 The worldwide story of NFL prospect Michael Sam announcing his homosexuality to the masses has dominated the airwaves and crossed over into many diverse sectors of the current events sphere. However, while the football ramifications are interesting, they are at best a second-tier factor into what is at hand here.

As an alumnus of the University of Missouri, it represents a chance to look back at how such an announcement could come to be for a young man who frequents a place that I spent some of my most critical formative years — and shared in a similar type of situation, albeit from a different side of the table.

“Mizzou” is a wonderfully diverse community that has a wide range of organizations and lifestyles that are openly embraced. However, it is not a utopia either. During my five years as a student, there were a handful of public events that were absolutely offensive in racial and social channels. But the people responded and forced the university to act. And I believe as a result, the administration has matured in perspective and is able to better provide a solid launch point for such an announcement as Sam made.

Support is everything in situations such as these, and having the backing of your home base is important. However, what is more important than anything else is having the support of your family. When you go away to college, in many cases, you give up everything you are familiar with for an entirely new environment over the course of one car trip. You rapidly have to find a new community to build around yourself, and that more times than not starts with a friendship. I am not a big fan of the term “extended family” because, in many cases, the friends you make in college are anything but. However, many of these people grow to become on par with your actual family, just due to the experiences and situations that you come to share with them.

In the case of an athlete, this is very much the case. Athlete will be plucked from faraway cities, which many times do not even have the shared experience that people from a shared region can often relate to and commune over. Your teammates are everything, and as the Sam situation showcases, those teammates can become the needed backbone. There is no way that he achieves the various accolades that he did last fall without those teammates standing behind him. The team is family, and that is simply what family does — with no hesitation.

For myself, I have been in a similar situation at the same place. Much like a team environment, joining an historically black fraternity at a predominantly white institution provides a similar support structure. This small group of people shares your principles and experiences, and it is a very tight-knit relationship. When I was in college I had not one, but two fraternity brothers reveal themselves as gay at separate times, which I had no inkling of ever being in play. In both cases, it caused a sort of stunned panic, not unlike what we are seeing now with Sam, within our own little campus community. Both did so after they graduated and had moved on, but the calls that came back in and the questions were both immediate and stunning.

“How long has it been going on?”

“What are other people saying?”

These were all very odd questions to me, because just 15 minutes before either of them had acknowledged their sexual orientation, they were seen in a much different light. They were both campus leaders, popular people and men who had the respect and friendship of both sexes equally. However, once they made their respective announcements of their lifestyle preferences, there initially were some questions that never would have existed before — simply because there is and continues to be a cloud over anything that is divergent from the social medium.

For me, it meant nothing, outside of having to field a few annoying phone calls and have some conversations that were rather upsetting. These were two people who had served as friends and mentors during that same social change that college was for me. Because they were suddenly homosexual to the world at large changed nothing. Neither came to me and told me specifically, and to this day I still have not had a conversation with either about their sexual alignment. You know why? Because they are my family, and I support family, unflinchingly. The same element of kinship has brought Sam to the social and progressive cliff that he has embraced and prepared him for the jump.

Yet for Sam, the future is not predicated on people like me. Rather, his impending days will be based in proving himself against a tide of judgment that exists simply because he chose to be himself. That is a frightening proposition, and an especially difficult one to carry into a profession that has proven itself with stark regularity to be resistant to anything that goes against its set norms. Look at Jonathan Martin and Richie Incognito. Look at Kerry Rhodes, if you can find him now since he was erased from the NFL community. Look at the resistance to even accept the best-intentioned health-based decisions for the game. For all of its strength of position in the media sphere, the game has been sorely lacking in the human touch department, which is an area that extended failure cannot be tolerated — and won’t be.

It will take a team that is completely on board with going against everything it knew to accept Sam into its fold. Unlike in college, where he was four years into a relationship with teammates, coaches and the institution, he will have to show up from day one with a stigma that precedes who he actually is as not only a football player, but as a man.

So while the bravery he had to show to come forth is admirable and unparalleled in the history of sports thus far, it will still take yet another leap of faith from his future employer. The initial impact of any major announcement does dwindle in time, but there will continue to be waves from this announcement to follow.

How the marriage of team and player work this time could go a long way toward advancing the culture of fear and acceptance of homosexuality not only sports, but in society. As it has always been, the sporting world is both a case study and a springboard for the advancement of larger social issues in day-to-day life. And there is an amazing opportunity to both bury and advance what can and should be a nonfactor in the assessment of job and social qualification.

It is not difficult to accept what is different if you give it a chance to show just how irrelevant it is to the big picture.

2 Replies to “Michael Sam, The Reflecting Pool Of Sports And Life”