The motto may as well be as connected to Marshawn Lynch as his nickname “Beast Mode.” Lynch is silent in interviews but deadly on the field. His silence and short responses like, “I’m just here so I don’t get fined,” and, “You know why I’m here,” have also been nearly silent — yet deadly as a marketing genius.

As we know by now, Lynch is not only a fan of eating Skittles, but he is also sponsored by them. Skittles has benefited hugely from its partnership with Lynch with multiple advertisements. Most recently, the candy used Lynch’s media silence to its advantage with a hilarious mock interview. Since being uploaded to YouTube on Jan. 26, the video already has over 3.5 million views.

Here’s a sample of a few of the questions with Lynch’s answers:

Q: If you could live on any planet after you retire from football, which planet would it be?

A: I’ll stay right here on Earf. I kinda like it here.

Q: Marshawn, do you think it would be easier or harder to play football on the moon?

Q: Which is louder, 25 T-Rexes or a stadium full of Seahawks fans?

The rest is just as great. Example A of Marshawn’s marketing genius.

A day later, another company looked to make a splash off of Lynch’s media silence. Hooking up with an interview once again with Kenny Mayne, after the two created one of the best YouTube videos of all time, Lynch showed off his wide vocabulary in an advertisement for Progressive. Once Mayne brings up car insurance, Marshawn turns into a human thesaurus, saying, “That’s an interesting and nuanced question, Kenny.”

Then, there’s the hat. The goal of Media Day was to not get fined. Of course, with the NFL being the NFL, Lynch still may get fined $100,000 for wearing a “Beast Mode” hat, even though the hat was made by New Era, an NFL sponsor. Here’s the genius: The hat was selling for $33 on the company’s website, ran out of stock and can’t currently be found now. Instead of reporters asking Lynch why he has to be a jerk, maybe they should ask him some marketing and financial questions instead.

The less Marshawn Lynch speaks, the more people talk about him. The more the NFL punishes him, the more fed up people become with the NFL and the more money Lynch makes from genius marketing ploys, virtually wiping out his fines. In a year in which everything has gone wrong for the NFL, the silence of Lynch and his talking being seen with his actions as he turns into Beast Mode on the field have finally shed a positive light for us all to talk about.

One Reply to “Marshawn Lynch Is A Marketing Genius”

Marshawn Lynch Is A Marketing Genius 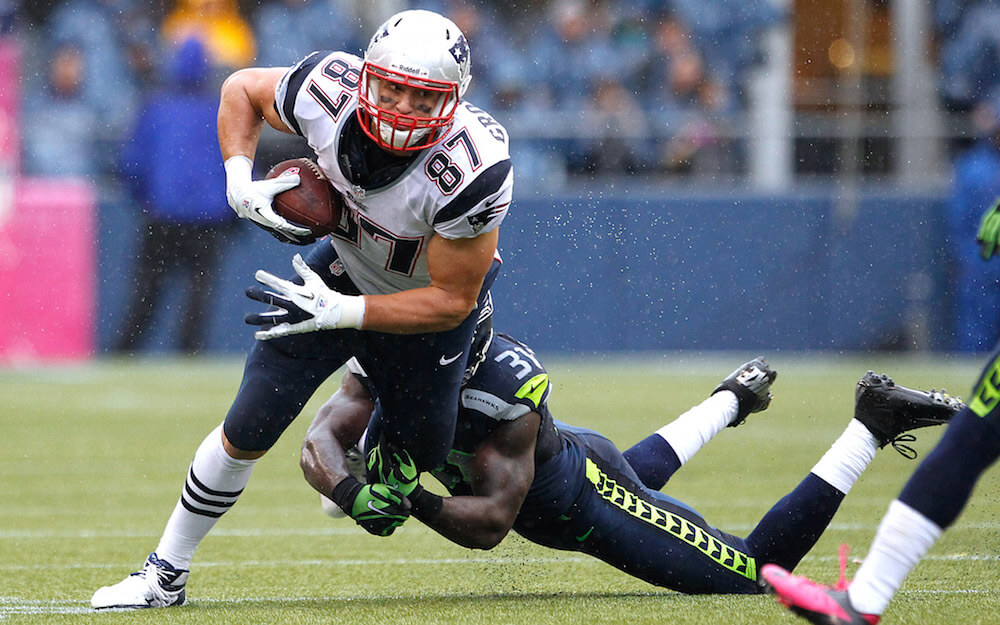 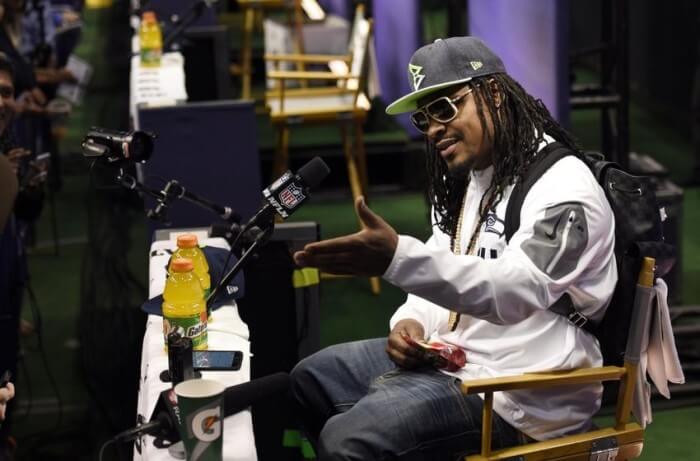 A Sports Scribe QOTD: Have Deflategate And Marshawn Lynch Made You…
1