You might say things are looking up for the Tennessee Titans.

Of course, if you did, you would be foolishly basing your optimism on all the expert intelligence you gathered from the whopping total of one game the Titans have played to start this regular season. In other words, it’s way too soon to tell if this is the year that the NFL team from the Volunteer State takes back the AFC South.

It’s not entirely unreasonable, though, to make a mental note of how good the Titans looked in their Week 1, 42-14 rout of the Tampa Bay Buccaneers. The offense was sharp. The defense made plays and even scored. The new pieces fit in well. The most famous of which, Marcus Mariota, spared little exquisiteness in making his NFL presence known.

Nothing says “whaddup, my name is Marcus” better than an historic performance that ties Fran Tarkenton’s mark for most TDs, with four, by a rookie quarterback making his pro debut to go along with a perfect 158.3 passer rating on 13 of 16 passes. The Mariota bandwagon is, no doubt, as big of a winner here as the Titans.

But the kid should keep a level head about himself, and so should we. Before we ordain him as the second coming of Dan Marino — yes, those comparisons have already started — we need to put his debut in the proper perspective. There will be journalists journaling, analysts analyzing and commentators commentating in the coming days about why Mariota’s first outing is something, particularly for Titans’ fans, to get super excited about. In reality, a more tempered, “wait and see” approach is the only sensible play here. Then again, it almost always is when it comes to the NFL.

They were playing the Tampa Bay Buccaneers after all

What’s in a name you ask? It’s simple, three words that give you reasons to hold your horses and a very succinct way to honor the promise of this article’s headline. It really does say it all here. The only reason this game made it onto some folks’ radar in the first place is because the match-up itself made history long before we knew Mariota would. It was the first time the #1 and #2 picks from the recent draft would start and face off against each other at quarterback in an NFL season-opener with Bucs QB Jameis Winston and Mariota going 1 and 2, respectively. The deeper implication here is that these had to be the two worst teams in the league last year in order to earn those picks in the first place. And there’s not a whole lot to be made of the next-to-last team and its shiny new QB beating up on the only team that was more terrible last season. Let’s see how this Titans team does out in the general population, beyond the walls of futility, against a team not immediately starting from the bottom.

Titans head coach Ken Whisenhunt was smart in his decision to hold back some of the team’s offense from the preseason schematics. But now opponents have gotten a better view of how the Titans will actually roll this season, and so far it looks like they’re rolling with an offense that plays to Mariota’s strengths, similar to the one he ran at Oregon. A look at this first game and maybe a few from his college days in the film room, and teams — those decidedly better Tampa Bay — might figure out how to game plan for Mariota. At that point, we might learn a little more about what the magic eight ball has to say about his future. Outlook good or nah?

Things could go downhill from here

Yes, Mariota’s debut was absolute perfection. He could go on to win NFL Rookie of the Year, be named to this year’s Pro Bowl and lead the Titans to their first playoff appearance since 2008 despite an injury he might suffer late in the season. To start his sophomore season, however, that injury might place his status as a starter in jeopardy, a status that would remain questionable over the next three seasons. After more injuries and woeful play, Mariota could be permanently benched and become the poster child for both his and his team’s unmet potential and dimly lit future. If that sounds familiar to you, it’s because it’s the story of the last rookie QB who wowed his way to endless praise in his NFL debut after being chosen #2 overall in the draft preceding the season. Yeah, Robert Griffin III’s first game with the Washington Redskins was the last one we raved about this much at that position, and look how well that turned out.

Hey, listen, nothing would make this girl from the city in the western corner of the state whose love of football began when the Tennessee Titans made their arrival happier than a return to their glory days with a marquee QB in tow, but a little cynicism never hurt anyone. This Mariota hype train is leaving the station, and there’s nothing wrong with one last reality check before you hop on it. 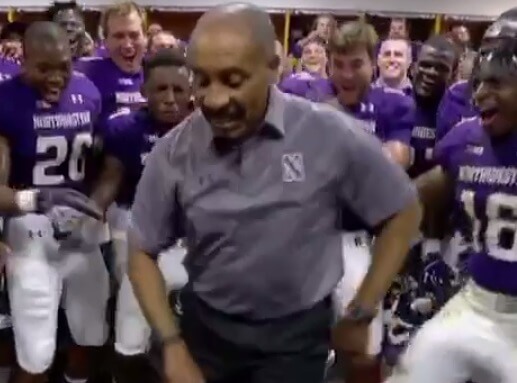