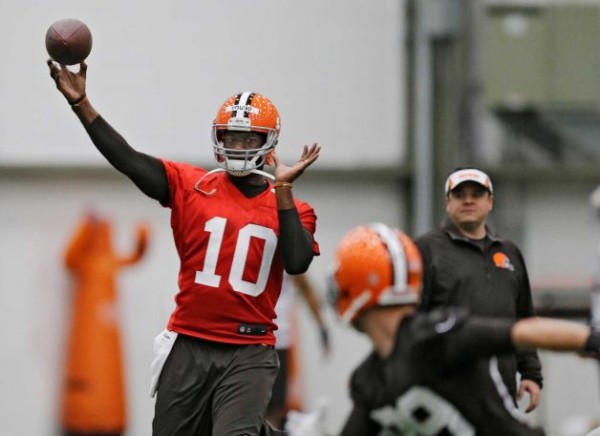 A part of me hates to see Vince Young falter the way he has the past few seasons. It appears the former college great has run out of stops in the NFL since being cut by the Cleveland Browns.

Young’s talent as a player has always been somewhat questionable. He is unconventional in many ways, but you can’t call the man a loser. I’ve watched a lot of football in my life. I've seen people come and go, and I have also seen a person hang on too long to something that wasn't in the cards. I personally think that Vince Young has reached that point with playing football in the NFL.

Young didn’t do himself any favors when he had solidified himself as a starter in the league. His brash style and demeanor alienated a lot of people and team executives. When it appeared that he didn’t care anymore, he basically sealed his fate as a starter and potentially as a player.

Life gives us plenty of chances. We have to make the most of them, or someone else will capitalize off of our failures. When you get on the wrong end of the avalanche, you need miracles to save you from the inevitable. It appears now that Vince Young is on the wrong side of that avalanche.

It’s hard for a guy who has overcome the odds his entire career to let go. I even pondered that he should give the Canadian Football League (CFL) a shot, but as Sean Adams pointed out, the CFL is strictly a passing league and that when you think about it, that’s where Young struggles the most. His strengths are play action and the threat that he will tuck the ball and run on you. Without that threat he is mediocre at best.

I guess at some point in all our lives we reach a crossroads. When you are an average passer who has lost a few steps and your credibility has been shot, greener pastures are behind you. Maybe the next chapter for Young will be more promising. When one door closes, another one will usually open. Will Vince have the ability to not look back and step into the next chapter of his life? I sure hope so because he has a lot to offer. Whether it’s coaching young kids or sharing his insights in the television/radio booth, Young can still make a difference in the game. It might not be what he wanted initially, but sometimes you have to go with God’s plan.

4 Replies to “Knowing When To Say When: Vince Young And Professional Football”