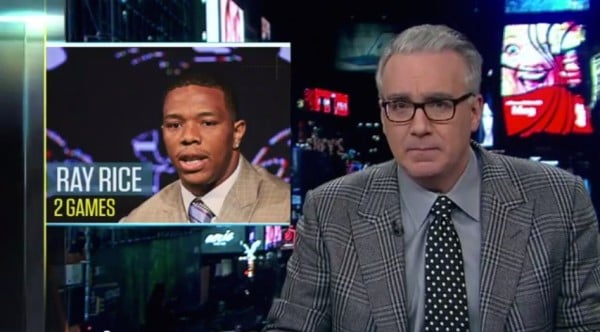 Shortly after the news of the NFL's two-game suspension of Baltimore Ravens running back Ray Rice, the outrage was overwhelming and pointed.

Last night, Keith Olbermann — who has become the go-to on controversies for many sports media geeks since returning to ESPN last year — made the point with arguably his best commentary since setting up his nightly perch in Times Square. Poignantly produced and intensely honest with even his own faux paus from his political commentary days, Olbermann discussed the steady cresendo of belittiling and demeaning women that led to the "shrug of the shoulders" response from the NFL.

It's best to just watch because honest to the sports gods, what else is there to say, really?

Related: When The Black Fives Ruled Basketball: How An Exhibit Highlights A Hidden History