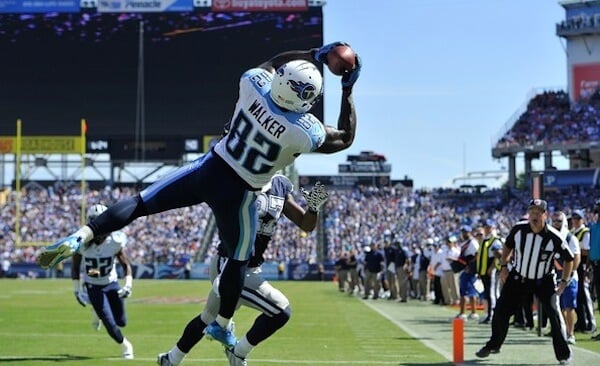 You don’t have to watch every single second of every single game to realize that something seems a little off about this NFL season, and we’re not just talking about off the field or even with the horrid Thursday Night Football package.

Take a look at your fantasy team or more importantly, your favorite real team. What kind of production is it getting from the tight end position? 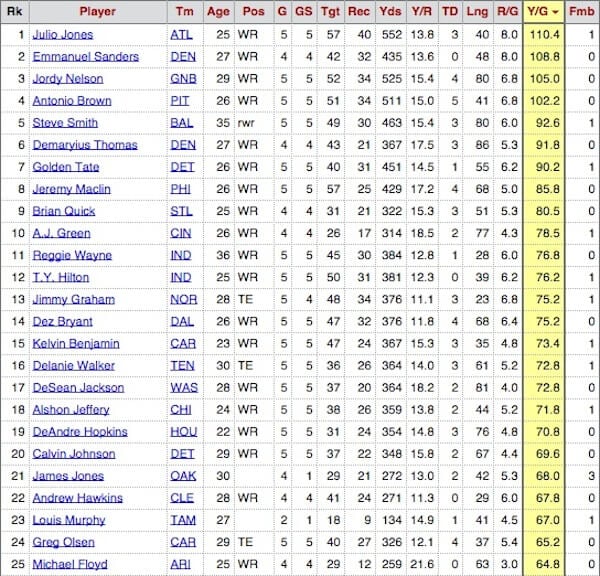 Granted, we’re just in the fifth week of the NFL season, but based on most of your fantasy tweets and emails, this has yet to be a great season thus far for the position that can make serviceable quarterbacks good, good quarterbacks great and great quarterbacks into monsters.

Obviously, wide receivers account for the overwhelming majority of the list. By the virtue of their position and the varied styles used on every team, they’re going to take the lion’s share of receptions and team yardage.

These days, the premier tight end is a tweener as New Orleans will line Jimmy Graham at wideout often, which made for a fascinating offseason negotiation this summer. Among all players, Graham is fourth in the NFL in receptions and tenth in yardage, leading all at his official TE position. Yet, would you have ever guessed that the second-leading receiver at tight end is… Delanie Walker?

Walker, who was a pretty good backup to Vernon Davis in San Francisco, has emerged as the Tennessee Titans’ most reliable receiver. Sure, the Titans offense is a dumpster fire, but with twenty-six receptions, 386 receiving yards and three touchdowns, Walker has taken the place that is always expected of more acclaimed tight ends such as Davis, New England’s Rob Gronkowski or Dallas’ Jason Witten.

Further down the list, you’ll find Carolina’s Greg Olson and another former backup, Martellus Bennett. Olson has emerged as Cam Newton’s safety valve as Kelvin Benjamin rounds into form as a lead wide receiver for the Panthers. As for Bennett, Witten’s once-understudy got paid after a very good 2012 for the New York Giants and has helped the Chicago Bears offense evolve into a long-needed multifaceted group. Also among the top five through Week 5: Travis Kelce and Zach Ertz? A resurgent Antonio Gates?

If you asked who the top tight ends in the NFL when the season began, these probably were not the players we had in mind.

When initially writing this post, it did come to mind that this could just be an overreaction and it still could be. After all, in 2013, Graham finished as the NFL’s leading receiving tight end and listed as 15th of all players in receiving yardage.However, he was the only player at the position to come up in the top 25. If you want to refer to a “pure” TE, then you can look to Cleveland’s Jordan Cameron (#2 in the position, #30 overall). Not another TE comes up on the yardage list until you see some familiar names all bunched together. Gates at 34, the now-retired Tony Gonzalez at 35, Witten at 36 and Davis at 37. Eight TEs finished in the top 50 as Olsen and Bennett ended up 40th and 48th on the list, respectively.

Admittedly, 2012 wasn’t much different. Jason Witten was fifth in receptions of all eligible receivers (110) and twentieth in yardage (1039), leading the position in both categories. The gold standard Tony Gonzalez wasn’t far behind Witten. Seven TEs appeared in the top 50 of all players in yardage and nine were in the same realm for receptions. 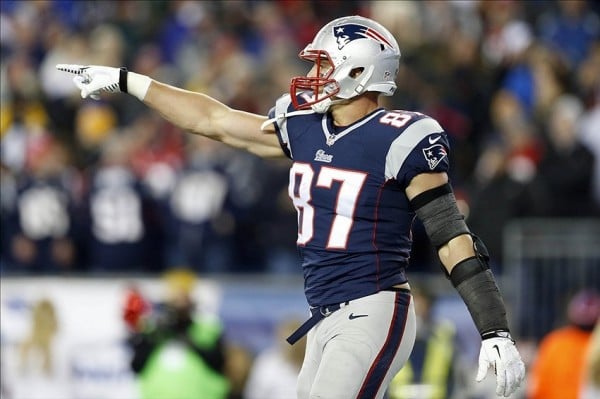 In 2011, Graham, Gronkowski, Brandon Pettigrew, Gonzalez, Witten and he-who-shall-not-be-named were all in the top 20 of all receivers in catches. Eleven TEs were among the top 50 players in receiving yardage with four more among 51-55 on the list.

With the pill being tossed at these insane clips, the tight end does absolutely get his fair share, so long as he has hands and the trust of his QB as at least a third option on every passing play. However, outside of the QB himself, the tight end is the most diverse player on his team. He still serves as an additional blocker at the line of scrimmage and an occasional decoy to keep opposing linebackers busy.

Of course, with the exception of the roving Graham and for a few years (allegedly), Witten, the tight end often isn’t the number one option in the passing game. Teams roll out multiple receiver sets on a regular basis as the trips formation is as popular in real life as it is on Madden.

Perhaps the early look at production from the position is just that; early. Consider that last season was earth-shattering as a league-record twenty-two players had 80 receptions or more with five players notching 100+ grabs. Week 5 just finished with fourteen players having at least thirty catches and twenty-five players with at least (coincidence?) twenty-five grabs.

Right now, Graham, Walker, Olsen and Bennett are in the top 25 in both receptions and yards while Kelce is emerging quickly after injury wiped out his rookie campaign last year. Even guys like Cameron, Gates, Davis and Witten will find their names moving up the ranks, so long as they’re on the field. This has already been quite the odd NFL season, but the familiar faces will have chances to make their marks as the season progresses.

5 Replies to “After Jimmy Graham, Who Are The Top Tight Ends in the NFL?”