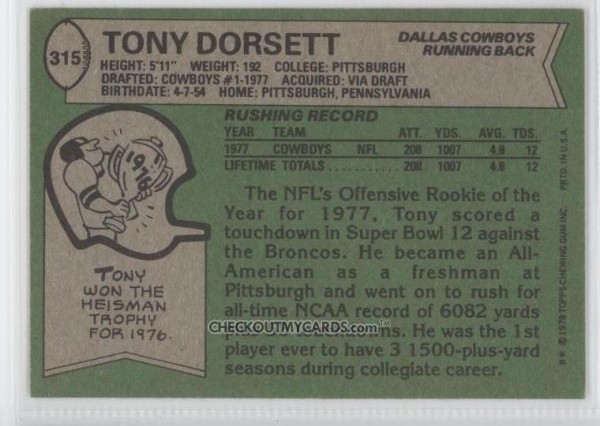 Let the record show that I have been a Dallas Cowboys fan my entire life. I've lived, loved, and cried Dallas Cowboys football for most of my days on this planet. It all started when I watched my first game on television, as the Cowboys played the Seattle Seahawks. I had seen football before this, but I had never really watched it like I was on this day.

The scene was set, and there was a one-man show dictating the offense. His name was Anthony Drew Dorsett, but you can call him Tony D. for short. Dorsett was giving the Seahawks all they wanted. The year was 1980, and the day was Thursday, November 27. I remember, because it was Thanksgiving, and I was finally old enough to sit in the room with the grown folks and watch football. I kept watching Dorsett make move after move on the Seahawks. There were times when it looked like he should be tackled in the backfield, he would “turn water into wine” and break a ten or 15-yard run against the Seahawks defense. 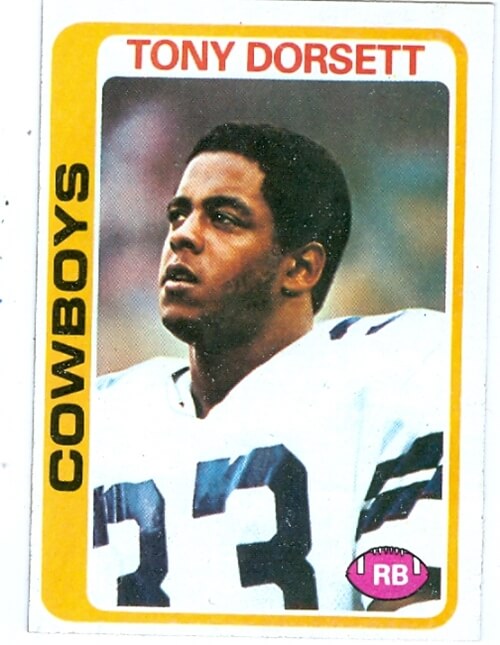 As far as his career goes, it wasn’t his best game ever, but it was the day I became a fan of his and a vaunted Cowboys fan. Dorsett had me hooked after that game, and one thing was for sure: I was going to have to get me a Dorsett jersey, and there would be no questioning what number I would wear the rest of my playing career if it were possible.

After this game, I was determined to get a Dorsett rookie card. No way was I going to let a card of my icon exist out there and I not have a piece of the glory. Something about the way he played touched me, and I wasn’t going to let anything stand in my way of trying to emulate my newfound hero. I finally found a guy named Terry with the card, and it was an easy trade. He was a big-time Steelers fan and didn’t want anything to do with anything Dallas Cowboys. So I traded him a vintage Jack Lambert card for the Dorsett rookie, straight-up. The card is still at my mother’s house in a frame. Someday, I hope to meet Tony D. and get it signed by him personally.

Dorsett wasn’t your everyday running back. In fact, he was kind of small. He played at a mere 185 pounds for most of his career, and he was able to still remain durable, because it was impossible to get a good hit on him in the hole or the open field. He made a living on making people look stupid as they were trying to tackle him. Dorsett was almost always the fastest man on the field, except for the time that Darrell Green caught him from behind. (I still believe he had a good angle.)

It almost appeared that the bigger the game, the bigger the performance from the smallish Dorsett. I’ve remained loyal to the Cowboys since then. However, no Cowboy has ever touched my heart the way Dorsett has. I wore that number 33 in Pop Warner, middle school, high school, and my brief stint in the NFL. I only wore the number 3 in college, because someone already had 33 and they didn’t want to come off of it.

Today, Dorsett is a vaunted Hall of Fame member, and rightfully so. He still looks like he could suit it up today and do work. Funny thing is, my friends thought my style was more like Earl Campbell’s, but that never swayed my loyalty from the Cowboys great. No disrespect to Campbell. He has surely earned his spot amongst the greatest ever. They may no longer be America's Team, but they are My Team.

8 Replies to “In The Cards: The Tony Dorsett Rookie Card”