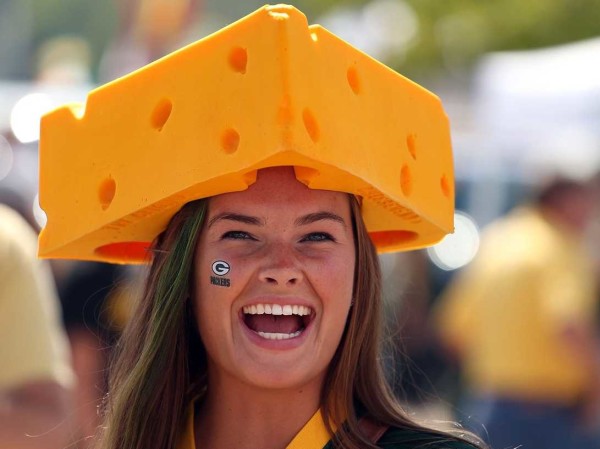 When America’s present-time kicks off in two weeks, droves of fans will come out of the woodwork. The nation’s big-ticket item will sprawl across televisions from Atlanta to Seattle. Jerseys, hats and car decals will fill every glance in each direction. Suddenly, the guy who lives two doors down will reveal who he follows when he walks out in a Chicago Bears hoodie. You’ll know a bit more about those who root and how their allegiances began.

Somewhere bristling in the October wind, you’ll find the diehards and the not-so-diehards. If you’re experienced, you know how to handle both. Around the corner, a fan of your team will walk past you. The cubicle next to yours will be avoidable territory, as a coworker roots for your team’s archrival.

There’s no trouble in the football-viewing world when you’re locked in your cozy living room on Sundays. At no point have you considered watching with a non-committed fan. Trust that you’ll find these people no matter where you go outside of your abode. They’re waiting to test your deep-seeded passion. They’ll test your patience too – without knowing any better.

The only way to handle these people while keeping your sanity is to have a plan. It won’t be delightfully easy to execute, but it’s better than wanting to execute your company. Be cautious, and remember that most arguments are wasted energy. If you must, wait until the opportune – and very latest – moment to turn the knife. Don’t let your inexperienced acquaintance get the best of you. To stoop to their levels is a loss in itself.

One of the most prevalent diseased fans is the misinformed. He’s likely also uninformed, by default. A chat with this chap will reveal the lack of time you need spend with him. This guy’s pretty sure Calvin Johnson plays in the slot, and he went to the University of Georgia. He’s particularly awful at remembering playoff-clinching scenarios. When all it takes is a win to gain a wild-card berth, he’ll overcomplicate things because he simply doesn’t know what’s going on.

Perhaps he caught the morning news and heard a bit of it on “Mike & Mike” while he sipped his caramel macchiato in the car. Or, he spoke to a buddy of his who loves football enough to get lost in his weekly briefing. Either way, he’s lost and you should lose him too. The last straw is when he talks about a Giants game and refers to the quarterback as “Peyton.” He also thinks the Packers wide receiver is James Jackson. Trying to unweave and understand where all his spouted nonsense came from is exhausting and an exercise in futility.

One conversation should be enough with the anti-informed. The second talk – and the others that follow – should be met with the type of white noise you must train to learn. Tune out and go to your happy place. Don’t try to correct, as it could hurt this fragile being’s feelings. Live and let live and let him wander around the gridiron without a clue. He’ll have to do it on his own.

Slightly above the previously mentioned on lists of woe is the media regurgitater. He can fool the average dope, but you aren’t the average dope. It won’t take long to identify his misplaced sense of knowledge (in case you’re wondering, election years are another opportune time to mark him). Listen for buzzwords you only hear on TV or radio, as they’re dead giveaways.

When the person who doesn’t know what a prevent defense is starts talking about his team’s “zone-blocking scheme,” the diagnosis is apparent. He also tends to harp on controversial calls and over-examined play calls, as they’ve saturated his NFL Total Access viewing.

If he’s a real go-getter, he’ll learn to piece together some of what he’s regurgitated into what he believes are profound and catch-all statements. After Tony Romo fails to lead a game-winning drive despite being the lone reason Dallas is within shouting distance, he’ll digest all the choke conversations he’s heard. Then, he’ll come up with the final conclusion. Clearly, he says, Romo just can’t do it. He’s the “most overrated” quarterback, and he will “never win the big one.”

Rather than just tuning out this sad soul, you might be able to provoke him into real thought. He might snap out of his brainwashed state and think you’re right. Be careful with this, as he could seek you out as his new favorite analyst. Then, you’ll just end up another feeder to his regurgitation. 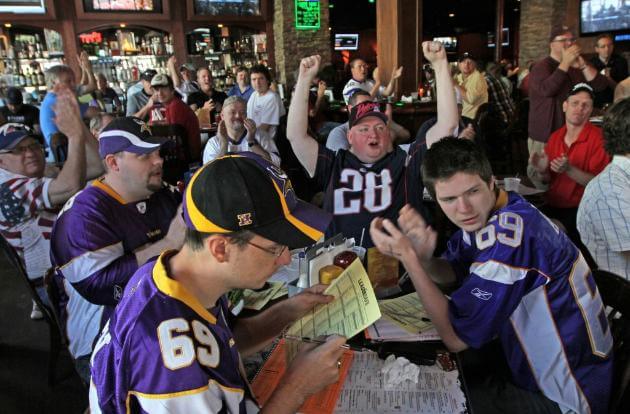 Fantasy footballers can walk a similar path as the regurgitaters, but they tend to know a bit more. Let’s be honest, most of us play the crazy game too. It can consume us to the point of nonstop monitoring on our phones, tablets, computers and TV sets. We live and die by fractions of yards, points-per-reception and the always troubling backdoor loss to a sack on a Hail Mary.

Normally, these stat-driven madmen are no problem. We see a bit of ourselves in the fantasizers. Still, issues arise when in their presence. Most of all, the consistent updating of their team’s performance is enough to make someone go to the restroom and sit for hours.

Seconds after you use the hand dryer and open the door, he’s there still rattling off how many points he beat his former frat brother by and the overwhelming humor implied by his team name. When playoff season rolls around, he’ll be insufferable. The chase for a spot will consume him even more than before.

Deep down, you'll find yourself sympathizing with this sap to the point of subtly hoping he wins. Then, you come to the terrifying realization of what comes after the league victory. Bragging and boasting and talking of his invisible digital trophy case that details how he won his wife’s brother’s PPR league in 2010. A late touchdown pass to Tony Gonzalez sealed the deal and oh boy do you care.

After you snap out of your supportive mood, you’ll understand you need this guy to lose – and fast. So, maybe provide him with a suggestion that could derail his team. He’ll certainly whine to you about your recommendation after his flex position provides no production, but you can live with the complaints. It beats the alternative.

Of all the fans out there, perhaps the most enjoyable is the downer. A complete and utter pessimist, he will find every possible doomsday scenario for his team and expect it. Unless he roots for your team – in which case you stay away except after losses – this fan makes life seem brighter. That is, except Bills fans who want you to somehow feel so terribly bad for them because they have it so much worse than every other fanbase. Maybe they do. It’s just a shame no one cares.

The downer cannot escape his grief. After a win, it’s just another setup for disappointment. Losses are expected and still debilitating. It’s never as bad as it seems, but boy does it make your team’s situation seem a lot rosier. Their sadness isn’t confined to this season, as every failed field goal can be translated into the franchise’s eventual doom.

He’s harmless. Nothing he does will threaten your fanhood or sanity. Instead, he’ll create a soft spot for himself and his team in your heart – if they’re outside the division and not playing your team. This fan helps bring out the humanity in us. We commiserate while keeping our distance.

There’s only one warning that comes with the downer. It’s simple. Don’t get wrapped up in his depression. If exhausted attempts to come to grips with failure rub off on you, doom is ahead. Find common ground, but never stand on the same territory.

Other fan-types remain out there. The whiner, homer, conspiracy theorist, overreaction specialist, overenthusiastic pregamer, single-player fan, college-affiliated rooter, hater and many more are waiting to enter your life. They will overlap into several different categories, as will the fans mentioned here.

If you identify with our weaker links, there’s still time to change. This could be the year you finally escape the basement of football fanhood. This could be your magical season. If not, there’s always next season.

As long as you try to be a part of the solution, you’re in a good place. The religious fellows who seek early church services in fall to avoid game conflicts can pray for the bottom-feeders. We need them, if for no other reason than to see what we can become or what we once were. Not everyone has the fan gene inside. We’re lucky.

Take some time this season and look at the ones who call themselves fanatics. Find the pretenders and separate them. You might be surprised at how many exist. They’re everywhere. There are more of them than us. They’re not necessarily bad people, but that doesn’t matter. Their fan tendencies are what affect us. Feel free to use this as your basic survival guide to get around these monsters.

We need all the help we can get.

5 Replies to “How To Survive 4 Types Of NFL Fans”