On a late September morning in 2008, I get a text from my mom that read, “call me ASAP.” At this point, my heart is beating a million miles an hour. I mean, a high school student getting a text from mom in the morning telling you to call them can’t be good, right?

So lunch comes, and I’m finally able to make the call. Mom, who always seems to have something up her sleeve, informs me that she has two tickets to the USC-Cal game the following month. At this point, my excitement is through the roof as I made my way to the famous Berkeley Round Table. I had been an SC fan since I bought NCAA Football 2004 with Carson Palmer on the cover and followed the teams (and the school) religiously from that point on.

A month later, the Trojans would go on to beat the visiting Bears, and would carry that momentum to a third straight Rose Bowl win, defeating Penn State that year. The Rose Bowl capped an historic run of 2 national titles and 6 BCS bowl wins, 3 Heisman Trophy winners, while going 82-9 over a seven-year span. Not to mention that Vince Young game-winning scramble from a third straight national championship.

The dynasty almost didn’t happen, though. Eight years before that final Rose Bowl victory, then-USC athletic director Mike Garrett was at a crossroads. He had just fired Paul Hackett after his second 6-6 season in three years. After enjoying a period of success in the early 90s, the Trojans had fallen on hard times. After winning the Rose Bowl in 1996, USC would fail to win more than 8 games for the next 7 years. Garrett himself was feeling the pressure, too. Hired in 1993, Garrett had overseen one of the worst Trojans runs in recent memory outside of the ’96 Rose Bowl, low-lighted by a 5-7 season in 2000. Plus, it had been 22 years since Heritage Hall housed a National Championship Trophy.

Garrett knew he needed to make a splash with his next hire. He interviewed then-Oregon St coach Dennis Erickson, known for his innovative one-back offense that won him a national title at Miami in 1993. The candidate Garrett would hire, though, would change the fortunes of the program for the next decade.

His name was Pete Carroll.

Reaction from the hire was mixed to say the least. L.A. sportswriters panned the move, citing Carroll’s lack of success in the NFL. Carroll was coming off an 8-8 season as head coach of the New England Patriots, a season in which the team lost 6 of their final 8 games to close the season. Carroll had a combined record of 33-31 up to that point as an NFL coach. Oh, and the guy had never been a head coach in college.

Carroll’s first year would be rocky. The team started out 2-5, amplifying criticisms to a fever pitch, but the team would finish 6-6 after a 4-1 finish.

2002 is when the program turned around. One of the lone bright spots of the Paul Hackett era, Carson Palmer blossomed into a Heisman winner. He led the Trojans to victories over #18 Colorado, #14 Oregon, and #7 Notre Dame, solidifying his Heisman case. That Trojan squad would go on to win the Orange Bowl that year, but that would only be the start.

The spring of 2003 turned the program from good to breathtaking. That offseason, the Trojan signed LenDale White, Steve Smith, and a 5-star recruit by one Reginald Alfred Bush, Jr. Some guy from Orange County named Matt Leinart would beat out Matt Cassel for the starting quarterback spot and the team was on its way.

The 2003 squad made noise early, beating Auburn, BYU and Hawaii, before losing in triple-overtime to Cal in Berkeley. They would go on to win their next nine contests by a 26-point margin. Though the Trojans would finish #1 in the final AP polls, they were left out of the BCS Championship Game, which was won by the second-ranked LSU Tigers, making the Trojans co-national champs.

The 2005 squad by all accounts were the Trojans best team of the era. Coming off an outright national championship, USC brought all their significant contributors back. Leinart, fresh off winning the Heisman, would join the backfield known as “Thunder & Lightning,” consisting of the electric speed back in Bush (Lightning) and the power back in White (Thunder). The tandem would combine for over 3,000 yards on the ground to go along with 40 rushing touchdowns. Leinart would throw for over 3,800 yards and be a Heisman finalist for the second straight season. The receiving corps was stacked as well; sophomore Dwayne Jarrett was a dynamic 6’5” athlete, who could stretch the field. The defense held its own as well, led by middle linebacker Keith Rivers and free safety Darnell Bing.

Make no mistake about it, though, that 2005 season was all about Reggie Bush. The game that would define Bush’s legacy at SC would on a mid-November night at the Coliseum against Fresno State. Bush would amass 294 yards rushing, and finish the night with 514 all-purpose yards. My jaw literally dropped like the rest of America when Bush cut mid-run across the field, leaving 3 Fresno Bulldogs shell shocked, while scoring on the other side of the field.

Bush would ride that performance to a Heisman Trophy that year. The Trojans would ultimately go on to lose to Texas in a 41-38 thriller, which will go down as the greatest game in college football history.

This era of USC football marked an interesting time in L.A. sports. Shaq had left the Lakers in 2004, and Kobe was a solo act getting knocked out in the first round of the playoffs. The Clippers were, well, the Clippers. The Trojans were the #1 box office attraction in the land of stars. Movie stars like Will Ferrell stood the side of the Coliseum alongside L.A. rap stars Snoop Dogg, Warren G and Nate Dogg (R.I.P.). The glitz and glamour that followed the team for better or worse (see worst, here) helped thread this team into the fabric of sports history.

Since the sanctions (brought on, in part, by violations by Reggie Bush), USC has tried to recreate the magic of the Carrol-led Trojans. Hiring his assistant Lane Kiffin as head coach in 2010 and Steve Sarkisian in 2013 to mixed results. Kiffin met his demise at an LAX terminal after a 3-2 start, while Sarkisian’s battle with alcohol forced administrators to send him his walking papers. If those two instances teach anything, it’s that nothing could ever replicate the excitement or success that Pete Carroll’s USC Trojans displayed.

Or for that matter, replicate the joy it gave me. 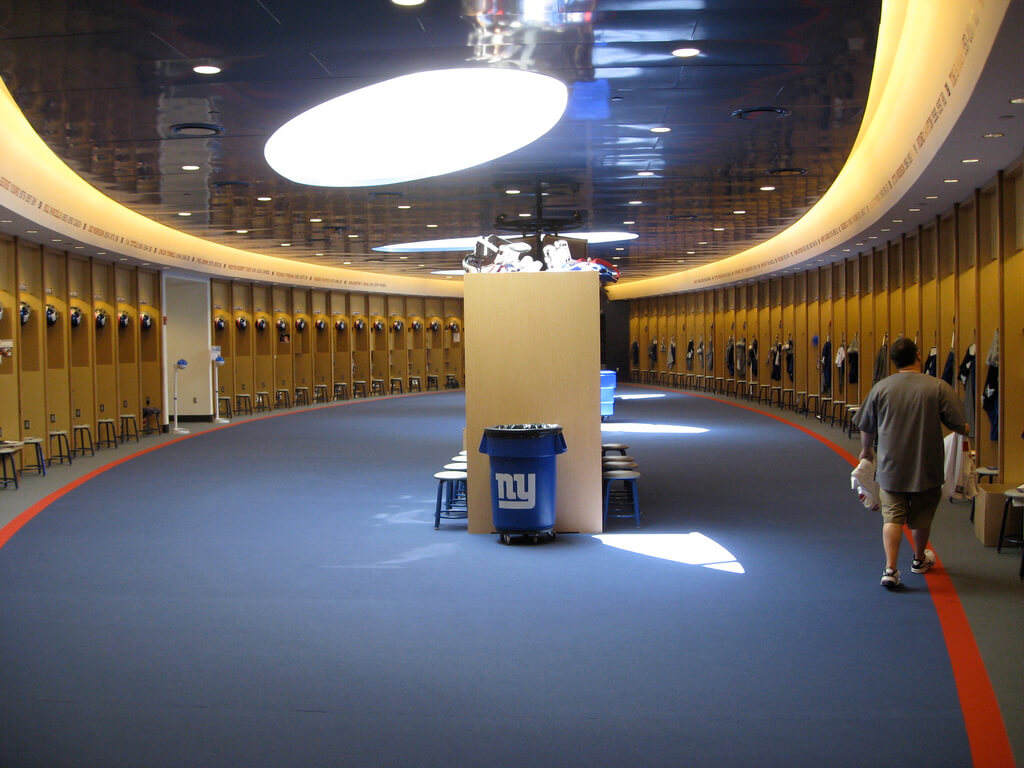 Football MRSA And The NFL: Time To Start Preventive Measure… 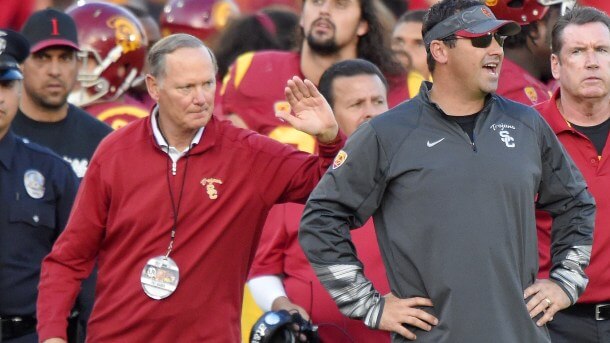