College football won’t be without talented sophomore running backs in 2015. The SEC has two with LSU’s Leonard Fournette and Georgia’s Nick Chubb returning. The best of the bunch, however, may reside in Norman, Oklahoma.

The Sooners are home to record-setting sophomore Samaje Perine, who averaged over 6.5 yards per game as a freshman and also set the single-game rushing record against Kansas.

He exploded on the national scene in that game, setting up a possible run toward a Heisman Trophy this season, but if you ask those who have been around him since his younger days, none of this is surprising.

“We knew he had a potentially great player when he was in middle school,” said Chip Killian, Perine’s high school coach at Pflugerville Hendrickson High School in Texas. “He has always had a great work ethic. He was back here about a month ago on break from OU, and he was in the weight room and on the field getting in work. He’s always been like that. We never had to worry about him on or off the field, and that is rare in a player with his natural talent.”

“He learned a lot from those guys, I’m sure,” Killian said. “What we’ve been stressing since we got here is to be an all-around player. That is what those guys were leaving high school, and it is why they’ve had success. Samaje can run, block, catch the ball out of the backfield. He is a complete running back.”

At 5-foot-11 and 237 pounds, Perine is viewed as a bruiser. And while he is capable of bowling people over with his compact, strong frame, he has the ability to surprise people with his quickness and overall speed. He had a long run of 66 yards during a freshman campaign in which he racked up 1,713 yards and 21 touchdowns.

“You have no chance of stopping him if you don’t get to him in the backfield. Once he gets going, he is going to turn that run into an 8, 15 or 70-yard run,” Killian said. “We thought he could go to Oklahoma and contribute quickly, but no one could have predicted he’d put up those numbers. My only question with him was the speed of the game, but I knew he’d be successful because he was a full-grown man leaving high school. Oklahoma was a perfect fit for him because of his style of play.”

While Perine will get his headlines because of his on-the-field talent, Killian was always as impressed with how he conducted himself as a student-athlete.

“He isn’t a vocal guy. He’s a leader by example, but when he speaks people listen because they know he doesn’t waste words and he has put in the work to back it up,” Killian said. “He’s been a leader on and off the field. He helped mentor young kids in the PALS program while he was here, and he always had solid grades. I don’t think he was ever late for a class. He’s just that kind of guy.”

Perine almost never played running back at the varsity level. Killian, a defensive-minded coach, thought he could be a defensive star.

“His potential was huge at running back or linebacker. He’d be a big-time linebacker if we had put him on that side of the ball, but we just saw a kid we could build an offense around and decided to put him at running back for good,” Killian said. “I think we made the right decision.”

Yes, coach, you did. And the Oklahoma faithful thanks you for that.

One Reply to “A High School Coach Flashes Back: Oklahoma’s Samaje Perine” 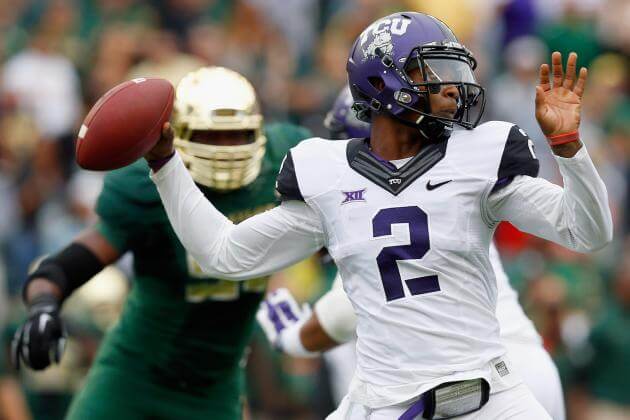 Football 5 College Quarterbacks Who Could Swing The Nationa… 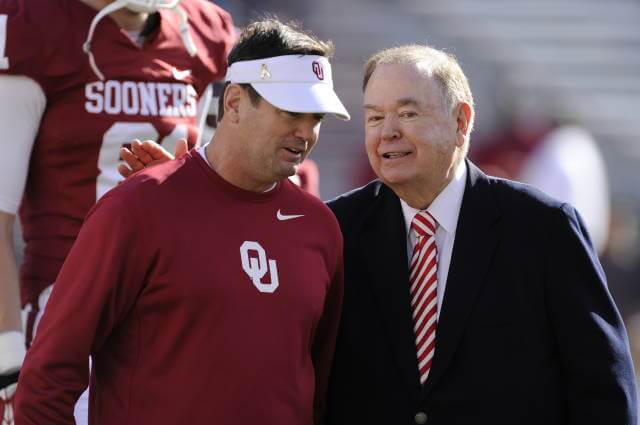