Let me start this off by saying I’m NOT a huge football fan.

High school, college or pro, doesn’t matter. Football just isn’t my thing. As for the NFL, I follow it at a surface level, meaning, I mostly try and keep up with the hot topics and takes that are floating around about the game. Which brings me to Cam Newton.

As the Panthers rolled through the regular season this year, Cam’s “behavior” became a polarizing topic. Sure, we had already become accustomed to his “Superman” gesture in the past, and some people didn’t like it, but it didn’t matter because the Panthers weren’t really a threat to win anything of significance. But the 2015 season was different.

Not only was Carolina winning, they were doing so in impressive fashion and Cam Newton was their catalyst and the team was racking up victories BECAUSE of his greatness, not in spite of it.

Why is that significant?

Well, it meant that the Superman displays became much more frequent. So did the pointing on first downs. But then he added a new celebration to his arsenal: the Dab. And this is the one that sent people over the proverbial ledge.

Now, on the surface, none of these things are a big deal. Cam seemed to be having a boyish kind of fun out there on the field and it was refreshing to see. We want our professional athletes to revel in the beauty of the game and take enjoyment in it. But the sad reality is that the rules for a black quarterback in the NFL aren’t the same as the rules for a white quarterback.

What does that mean?

It means Brett Favre can rip off his helmet and run around like a crazy person, no problem. It means Aaron Rodgers can do his “Discount Double Check” move ad nauseum. It means Drew Stanton, a backup QB, can usher Andre Ellington down the field on a 48-yard TD run against the Seattle Seahawks.

Interestingly, the title of that article was, “Cardinals QB Drew Stanton’s dance becomes a study in art,” to which Stanton told the newspaper, “It was just raw emotion.”

So Drew Stanton is an “artist.” That’s cool. But just a cursory look at any of the pieces – or on message boards, Twitter and Facebook for that matter – penned on Newton’s “raw emotion” prior to Super Bowl 50 and you’ll find adjectives like, “selfish,” “entitled,” and “arrogant.” But the truth of the matter is this: Cam Newton’s penchant for celebration is just him being unapologetically black.

As a group who has become accustomed to being beat down, marginalized and told in no uncertain terms that we don’t matter, give us a little bit of money, fame and success and what are we gonna do? Show our asses and act a damn fool… Unapologetically.

Why does this matter?

It matters because the same people who didn’t like his dabbing, pretend jersey ripping and pointing, did everything in their power to tear Cam Newton down. How bad did it get? So bad that the birth of his son was used against him because he’s unmarried. He was labeled as a bad role model, even though other high profile quarterbacks like Dan Marino, Tom Brady and Matt Leinart all had kids out of wedlock before he did.

I’ll give Cam Newton credit for this: He took all of the criticism and negative sentiment in stride. He even tried to give his rationale on why the hate being lobbed his way was so strong.

“I’ve said this since day one. I’m an African American quarterback that may scare a lot of people because they haven’t seen nothing that they can compare me to.’’

On the surface, that quote makes a ton of sense. We’ve never seen a quarterback with that kind of size, speed, strength and athleticism who could take over a game whenever he got ready to. Sure we’ve seen guys embody maybe one or two of those things, but not all of them. Not Randall Cunningham, not Warren Moon, not Daunte Culpepper, not Michael Vick. However, Cam was absolutely wrong in what he said. Why?

Because what he failed to realize that there WAS something he was being compared to, and that was the stereotype of the black athlete at large.

Colin Cowherd has been going in on John Wall from the first time he hit the Dougie on national TV. Almost seven years and millions of dollars later, the issue of Derrick Rose’s SAT scores and his intelligence still comes up. Before he even played his first game, Clay Travis guaranteed that DeMarcus Cousins would be in jail within five years. “Write it in stone,” he said.

Black athletes, particularly in football and basketball, get accused of all kinds of things, such as being lazy, dumb, too flashy, soon-to-be criminals, only concerned about the money and not taking the game seriously.

So yeah, Cam was being compared to something, it just wasn’t anything positive. This is why I became almost enraged when I saw him walk off the dais after the Panthers had just lost the Super Bowl. I literally screamed at the TV, “NO! YOU CAN’T DO THAT!”

SANTA CLARA, CA – FEBRUARY 07: Cam Newton #1 of the Carolina Panthers walks out of his post game press conference following their loss to the Denver Broncos in Super Bowl 50 at Levi’s Stadium on February 7, 2016 in Santa Clara, California. (Photo by Kevin C. Cox/Getty Images)

Why was him walking off such a big deal?

Because even though he was being true to himself and his emotions in that moment, he still made the haters right about him, and to a larger degree, black athletes in general. Look, if you can dab and dance when things are good and going your way, you have to show humility and class in defeat. It may not be fair, but black athletes already play by a different set of rules anyway, especially when it comes to the media where a majority of the writers and their readership, is white.

Cam Newton has to understand that the pen is indeed mightier than the sword, and perception can sometimes be more real than the truth.

Many have speculated the reason why Cam got upset and walked off was because he could hear Denver Broncos cornerback Chris Harris Jr. talking about their gameplan against Newton that ultimately worked and won them the game. But it doesn’t matter.

He was already looking like a “thug” and trying to be invisible by having his hoodie on when taking questions that he gave short answers to anyway. But to make himself really invisible by walking off before his presser was done gave those who were already looking for something to irrationally hate him for – and similar black athletes of his stature and position – all the ammo they needed.

Let’s be honest. Had Cam won, black folks everywhere would’ve been doing the dab, celebrating and laughing in the face of the “haters” right along with him. Why? Because that’s what being unapologetically black is all about. We love it when we overcome challenges, obstacles, and people who pray for our downfall, as Christopher Wallace so eloquently put it.

But Cam Newton’s team didn’t win and nobody is blaming him for being upset over losing the biggest game of his football life. But as disappointing as that may have been, before he decided to walk off because he didn’t want to hear what was being said by his opponent on the other side of that curtain, he should’ve taken a moment and remembered the very words he uttered just a few days earlier:

“I’ve said numerous times that I play to have a stage that people will listen to, and I pray to God that I do right by my influence … I talk to athletes all over, and they look at my story and they see a person, African-American or not, they see something that they can relate to … It’s more so opening up the door for guys that don’t want to be labeled, that have bigger views than say, well, I’m in this situation.”

It’s easy to get lost in the moment and react instead of think. But if Cam Newton truly wanted to show that he meant what he said about doing right by his influence and helping guys overcome negative labels and stereotypes, then that postgame presser was the place to put those words into action.

The one positive takeaway is that he’s young and he’ll learn from all of this. He’ll come to the realization that no matter how gifted and talented as he may be, he’ll always need to be “better” because like he said, it’s bigger than him.

by B. Crawford time to read: 4 min 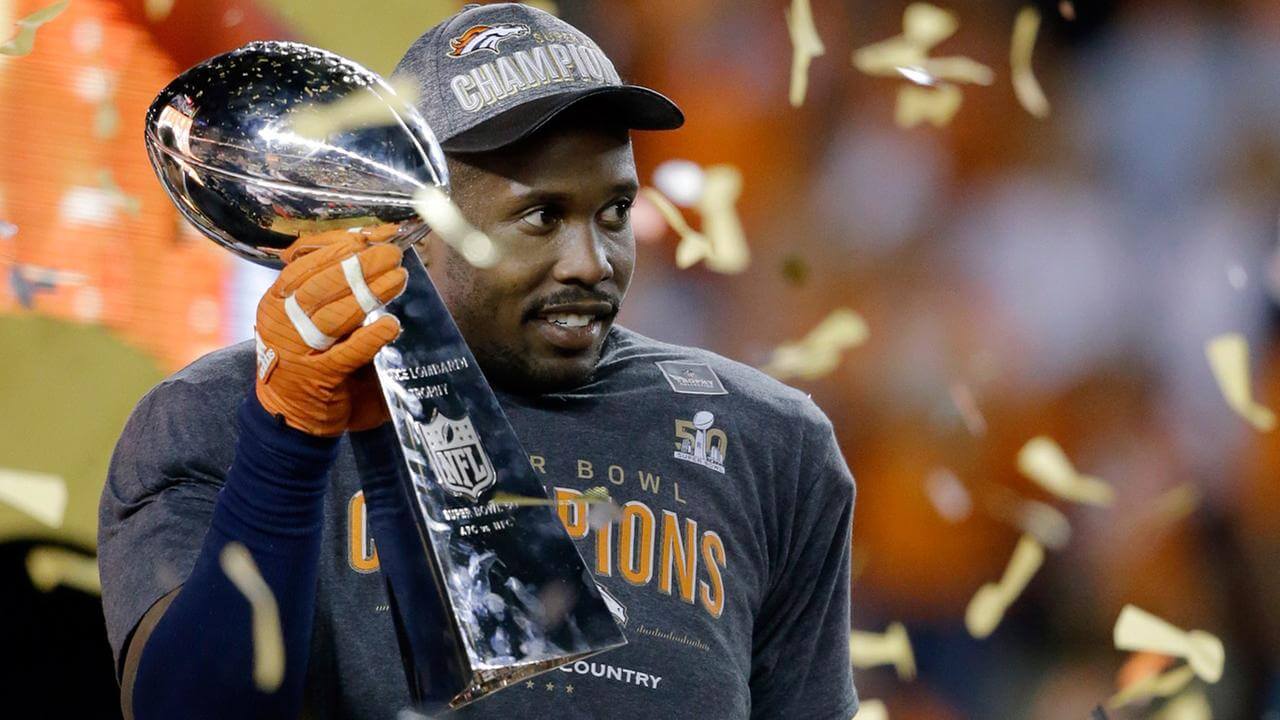 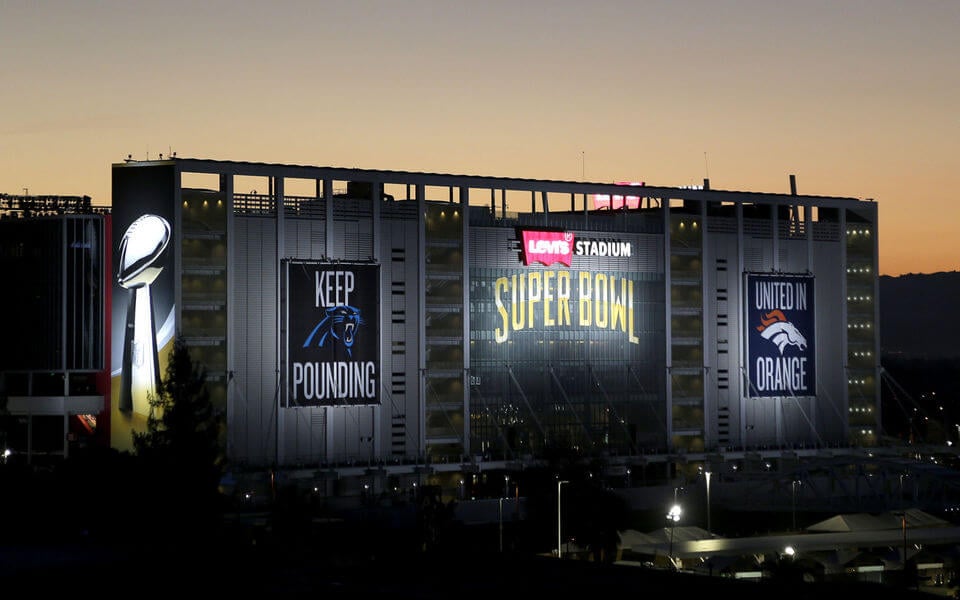