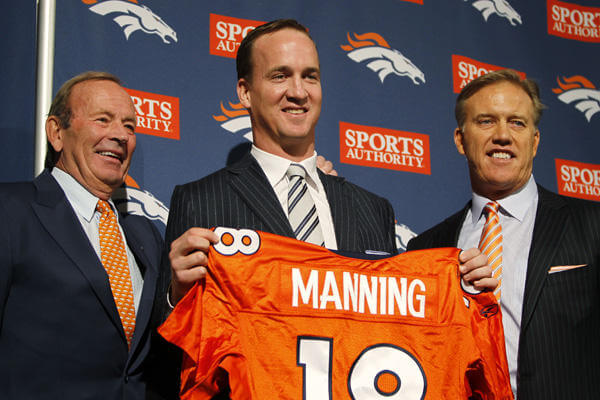 When you think of a franchise player, you think of an athlete who is not simply the best player on his team, but a player that the team can build its "franchise" around for the foreseeable future. The misunderstanding that a franchise player is only "the best player on a team" disregards the fact that an inordinately bad team will undoubtedly still employ a player with superior skills, relative to his team.

There seems to be a lot of arguing about the impact of a franchise quarterback and his importance to the team among experts and analysts. Everyone seems to think that a franchise quarterback is necessary to win championships. I agree to a certain extent, but let’s not get all caught up in this quarterback mystique. Let’s look at who people argue is the best quarterback in the game. Peyton Manning has been without a doubt the most consistent, dynamic quarterback of his generation. Manning, however, only has won one Super Bowl in his career.

If you look across the league, the quarterback position is important, but good teams have two things in common: they run the ball and they play good defense. No disrespect to the quarterback position, but teams that have won the Super Bowl have all had very good running attacks in the big game. Look at the one Super Bowl that Manning won. It was a game dominated by Dominic Rhodes. Even when you look at some of the elite quarterbacks that won the championship, they were all matched with some great running backs and great defenses.

Let’s take it back a few more years and look at the Brett Favre era. Favre, in all of his greatness, won but only one Super Bowl. One … and he got that one because he had a monster in the backfield in Dorsey Levens and a defense that was led by “the Minister” Reggie White. (Too many times people often overlook this.)

Some would argue that Tom Brady is the exception, but that would also be a misnomer. The one year that the Patriots were dominant and pass-happy, they went undefeated during the regular season, but they got beat in the big game due to their lack of ability to run the ball and control the game after they got a lead. In fact, the only years the Patriots were able to close the deal they had big-time runners on the field. They have lost their last two Super Bowls due to their lack of a running game. They were beaten by the Giants both times. The Giants have the recipe of running the ball and playing hard-nosed defense.

Naturally there are going to be some exceptions to the rule, but it’s interesting to watch teams position themselves to get a franchise quarterback. Watching teams like Chicago mortgage a few picks and players to get a guy like Jay Cutler, or even watching a team like the Jets deface itself and look desperate to bring in a guy like Tim Tebow, you can rest assured that teams would love to have themselves a franchise quarterback. You would think that these teams would have figured out that a good defense and a solid running game is enough to get you close. Then you solidify the passing game.

If you take a look at the Ravens, Steelers and Giants, they get close or win it year after year and they do it with defense and running the ball.  Ben Roethlisberger is a great quarterback, but he is great because he doesn’t hurt his team. When the Steelers played last season and the year before with backup quarterbacks, they still got production because Steeler football at the time was smash-mouth football, which means they are going to run, and they are going to play defense.

Others have fallen short as Philip Rivers, Tony Romo, Matt Schaub, Donovan McNabb and others considered to be franchise quarterbacks have yet to make it happen. If you look at each of them, with the exception of Rivers, they have struggled in the running game. Unfortunately for Rivers, his best running back couldn’t stay healthy when it mattered most.

Now as the NFL season starts to unfold, a lot of pressure falls on the new-era quarterback and all eyes will be on Andrew Luck and Robert Griffin III. Both guys are great talents, but they could be well-served with a solid running game behind them. Having a gunslinger is nice, but having someone who can get it done on the ground means a lot more. Seriously the formula is out there. If you don’t believe me, ask yourself how in the hell did Trent Dilfer win a Super Bowl?

9 Replies to “Gunslingers Can Only Carry You So Far: Franchises Are Bigger Than Just Quarterbacks”