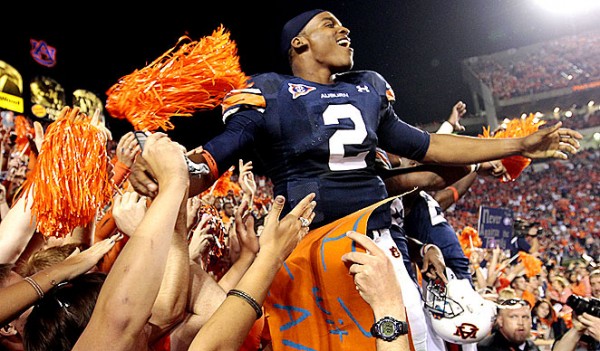 I remember growing up that most of the college bowl games were played on holidays or around the holiday season. I also remember that you couldn’t wait until New Year's Day, because you knew you were about to see the four major bowls and that you were going to know who the national champion was by the end of the day.

Now we have bowl games that start in the middle of December, and they play damn near to the middle of January. New Year's Day is the day all bowls should end. Bowl games are a part of the hype of the New Year. Putting games off for another week only prolongs the event that has already been hyped for over a month. Plus, bowl games would get better attendance if they played them on days like New Year's Day when kids aren’t in school and parents wouldn’t mind dragging them along.

Not everyone can take off work in this economy, but it doesn’t seem to matter for the BCS. Television markets want exclusive rights to certain nights, so they want to be the only game in town if they are broadcasting a BCS event. I understand that it's about money; it always is, but there is something about a bowl game being played on New Year's Day that makes it all seem right.

I mean, who doesn’t want to hear Keith Jackson or Gus Johnson giving it to you live and direct after you are polishing off some of that New Year's delicatessen that your grandparents, parents, or significant other have prepared for you on that day?

Take a look at this year's bowl make-up. The Sugar Bowl takes place on Tuesday, January 3, an awkward day during the middle of the week and far enough removed from New Year's that many fans wouldn't be able to use holiday time to attend (the Federal calendar designates Jan. 2 as a holiday, since New Year's Day falls on a Sunday.) This is surely a boost to TV ratings, since the Sugar Bowl will be the only game on that night, but I'd imagine it affects attendance negatively. In most cases, schools are chosen because they travel well, but who is going to travel to a game mid-week when you have to take off work and possibly keep your kids out of school? It really makes little, if no sense at all.

The reality of the situation is that attendance should be a major issue. People just aren't going to events like they did five-to-ten years ago. The economy precludes corporate-sponsored attendees, as well as regular fans, with extra vacation money. NASCAR is down, as is the NFL, not to mention the NBA before they were locked out. MLB was flat from 2010, which itself was down for the third straight year. So why not set your schedule to cater to those who will attend?

Bowl dates seem to be affecting the other major bowls as well. The Orange Bowl takes place the night after the Sugar Bowl on Wednesday, January 4th. That is the middle of a work week and not remotely close to any part of the weekend. I am not sure about the total number of tickets sold, but I would be willing to bet that they aren't anywhere close to selling out, since I saw tickets on the internet selling for $35 for this game.

This is further proof that letting the BCS set the dates around television will affect the atmosphere of the game. I guess it is what it is, though, as the only real thing that matters is the money, not the fans.

4 Replies to “For The BCS, It's About The Money, Not The Fans”