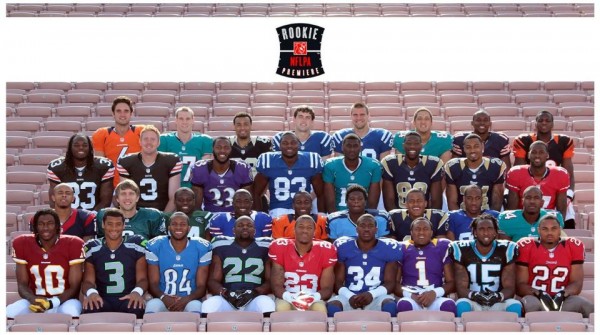 Every year, there are players who you probably haven’t heard of who may make an impact in the NFL. Their impact may not be immediate, but you can almost take it to the bank that they will be a force to be reckoned within the next four-to-five years. These players usually aren't drafted very highly or, in many cases, drafted at all.

One of the perks of watching preseason football is that you can see kids who may be a little raw. They have the skill set, but they just need a little more polishing before it clicks. Once it clicks, then you look like a genius because you called it and everyone thought you were crazy at the time.

I remember telling everyone that Terrell Davis was going to be a star in the league after watching him during a couple of preseason games. I got laughed at. All he did was lead the Broncos to a title.

I also remember saying the same about Wes Welker when the Dolphins took a chance on him, and everyone was telling me that I had lost my mind. Well, it appears to have worked out well for Wes as well.

Today’s post is about the rookies who seem to jump off the board when I watch them play football this preseason. They may not be starters right away, but when they finally get their chance to shine (which could be on another team), you can be rest assured that they will be among the best in the league. 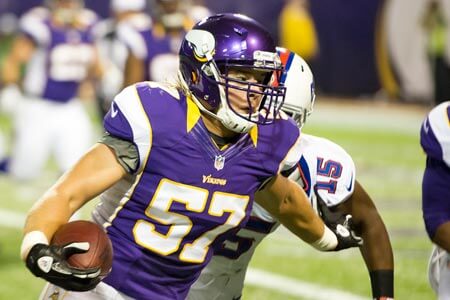 Every time I turn on the television and watch the Minnesota Vikings this preseason, this Cole kid keeps popping up on the scene making big plays. In the first game against the San Francisco 49ers, he was all over the field making a ton of tackles. Then, in game two against the Buffalo Bills, he gets involved in the pass defense, taking two errand Tyler Thigpen passes to the house.

I remember watching Cole as a quarterback in high school. When he showed up an NC State, he made the transition from offense to defense and became a pretty good safety, and then, as he got bigger, he moved down to outside linebacker. He is now getting his chance to perform with the Vikings, and he hasn't left much on the table with his opportunity.

It just seems as if the seventh-round pick is a consummate playmaker. He always seems to be around the ball. Maybe it's because he has that offensive knowledge and is using it to his advantage, or maybe it's just because his motor never seems to stop. Getting a lot of playing time will be tough right away if he makes the Vikings roster, but something tells me this kid is going to be a hidden gem in the near future. 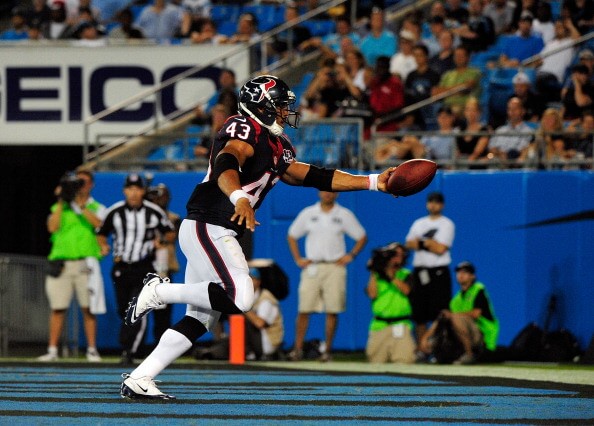 It just seems like the Houston Texans can always find a guy that can run the rock. When I watch Grimes play, I don’t see anything that tells me any different. Having seen him play at William and Mary the past few seasons up close and personal, there is nothing that told me that his talent wouldn’t transfer over to the NFL. 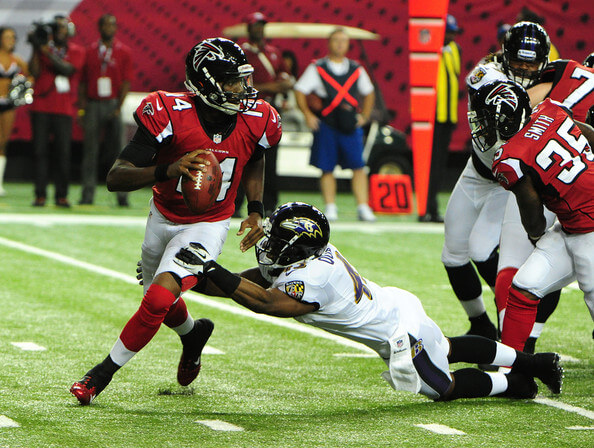 The East Carolina quarterback is getting his shot with his hometown Atlanta Falcons. The Falcons have had plenty of guys pose as backups, but Chris Redman has been a steady force for many years. The Falcons now have a guy that could possibly be the successor to Matty Ice or step in if something goes wrong.

Dominique Davis is a natural at the position. He started his career at Boston College where he red-shirted his first year as BC was preparing him as a backup to Matt Ryan. He got a chance to showcase his skills when Ryan went down with an injury, asked to start the ACC Championship game. Davis stepped in and delivered a conference championship to the Eagles, but then his career went sideways for a while.

Academic ineligibility claimed him as a victim, and he transferred to junior college to get himself together both mentally and physically. Davis finished the season at Fort Scott Junior College with his team ranked number two in the nation.

It makes perfect sense that the Atlanta Falcons would give him a shot. 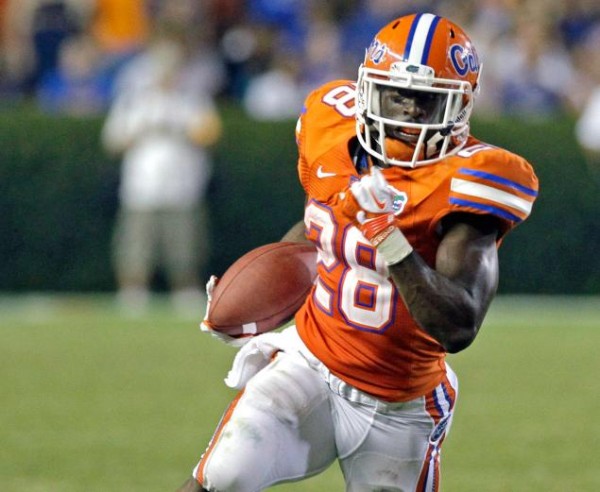 Jeff Demps' career at the University of Florida was, in many ways, special. The kid can play anywhere and can do just about anything. He is the definition of a football player. Demps has shown the world his speed, winning a silver medal at the London Olympics in the 4x100 meters.

Demps has the ability to stop on a dime and make change. I was shocked that no one took a chance on him during the draft, even though everyone knew he was going to concentrate on the Olympics. World-class speed is hard to come by, and any time you get it, you know it will make a difference on your team.

Demps is a multipurpose back and can be used in a comparable way that the Saints use Darren Sproles. He can run, catch and can be useful in the return game. At the University of Florida, he was electric in all three categories.

It will be interesting to see how the New England Patriots use him this season. 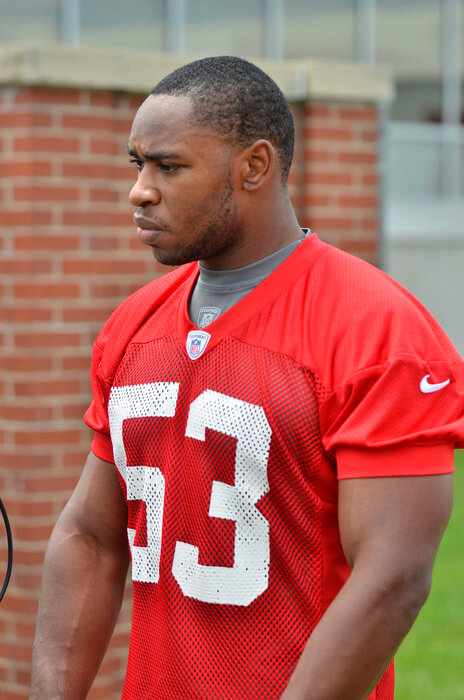 At the University of Louisville, Dexter Heyman was a household name. The middle linebacker complied more than 150 tackles and more than 23 tackles for loss during his playing career. Heyman was an all-purpose linebacker, as he was often used in passing situations as well. He had six sacks to go along with several pressures on the quarterback.

Heyman’s versatility is his biggest strength. He can play both inside and outside linebacker. The bigger the game, the better he played in college. The kid is unselfish and has the temperament of consummate professional.

So far this preseason, he has been spectacular with the Kansas City Chiefs. I suspect he will be the rookie of this group with the most immediate impact.

There you have it. There may be some names you know that weren’t mentioned. If so, drop their names in the comments section.

5 Replies to “Get Familiar: 5 NFL Rookies You Do Not Want To Forget”