Brandon Marshall has accomplished many feats during his 10-year career. The guy, who has a proclivity for catching almost everything that comes near his 6’4, 230lb frame, has yet to have a chance to make a catch in the postseason. The behemoth of a wide receiver has a curse that seems to follow him no matter where he goes. Whether it’s in Denver, Miami, Chicago, and now the New York Jets, the curse of Brandon Marshall has become a given.

Dreams of making his first playoff appearance over the course of his illustrious career were talked about a great deal. While on Inside the NFL, Marshall had this to say to CBS Sports color commentator and former New York Giants quarterback Phil Simms:

“I can’t imagine; I can’t imagine,” Marshall said. “I had goosebumps before this game [the Jets’ 26-20 overtime win over the Patriots on Sunday]. And I’m sure I’ll have goose bumps again for this game against Buffalo. It’s a big division rivalry game. Obviously, we understand the implications attached to it. If we win, we are in [the playoffs]. I just have to stay focused. But if we get in, I can’t imagine what you are talking about [to Phil]. It’ll be a dream come true.” – via NJ.com

It’s unfortunate; but luckily, the dream is only placed on hold until next season. There is a long list of curses that are prevalent in the world of sports. From the Curse of the Bambino to the Madden Curse, they have casted a dark spell over teams, individual athletes, and even some fan bases. Ironically, the Jets got a taste of the curse that comes along with having #15 on your team.

He is a big-play guy with a knack for an untimely dropped pass, and yet he is one of the most unique players at his position. Instead of making grumbles about who is throwing him the ball, he goes out and does it in impressive fashion. Over the years, he has caught passes from Josh McCown, Jay Cutler, Chad Henne, Matt Moore, Kyle Orton, and Ryan Fitzpatrick. No matter who is under center it’s for certain that he will deliver. Simply put, to call Marshall a beast is an understatement.

This season, like most of his career, he put up astronomical numbers. He finished the year with 109 receptions, 1,502 yards, and 14 touchdowns with Fitzpatrick as the signal caller for the Jets. However, his dominance over the years has not translated into wins. Is it his fault? Hell no, but it’s a dark cloud that will cast over Marshall until he is a part of a winning team. This season he was ever so close, but like many curses, it struck at an erroneous time.

As recent as Sunday morning prior to playing the Buffalo Bills, the playoffs appeared to be a reality. With Fitzpatrick and B-Marsh orchestrating a revived Jets team to bludgeon over the AFC foes, it was a win and you’re in scenario that favored the J-E-T-S. Nevertheless that didn’t happen.

In ten years, none of Marshall’s teams have ever made the playoffs. It seems far-fetched because he’s so great as a player. Sure, he’s had great individual success and a whole heap of accolades over the years, having been named to the Pro Bowl six times to go along being named an All-Pro in the 2012 season. On the other hand, his teams have not captured the same level of glory, which comes to show that football is the ultimate team sport.

To see someone as talented as Marshall miss the playoffs yet again is heartbreaking. Marshall has rejuvenated his career on and off the field after having some growing pains in his younger years. He has been an advocate for mental health awareness and he has grown to be the consummate teammate. Big-name wide receivers are notorious for placing themselves before the team, and he is no longer that guy. His teammates adore him as he was just recently voted as the team MVP of the Jets. He may not be the MVP of the entire NFL, but for those who have followed his career closely it comes to show you how far he has become as a teammate and person.

While the growth of Marshall as a teammate and a person has been catapulted to the forefront, the shortcomings of his teams continue to follow. Curses in sports are synonymous with one another, and it’s a shame that Marshall can’t get over the hump.

Some people think that curses are bogus, but in the eerie world of sports they are taken very seriously. Others may slight it as coincidence, but just ask B-Marsh about his luck of the draw. Ten years of dominating defensive backs cannot match the feeling of having a shot at winning the Super Bowl. Marshall has a predilection for catching things, and in this case he has caught a case of bad luck.

Another year, and yet again the dream of playing in the playoffs have been put on hold. Reaching your dreams can come at an improbable time, therefore Marshall has to keep chasing his dreams until he grabs ahold of it as if he is grabbing one of his many touchdowns.

Keep dreaming B-Marsh, it may sound cliché, but patience is a virtue.

A Dream Deferred: Brandon Marshall Misses The Playoffs Yet Again 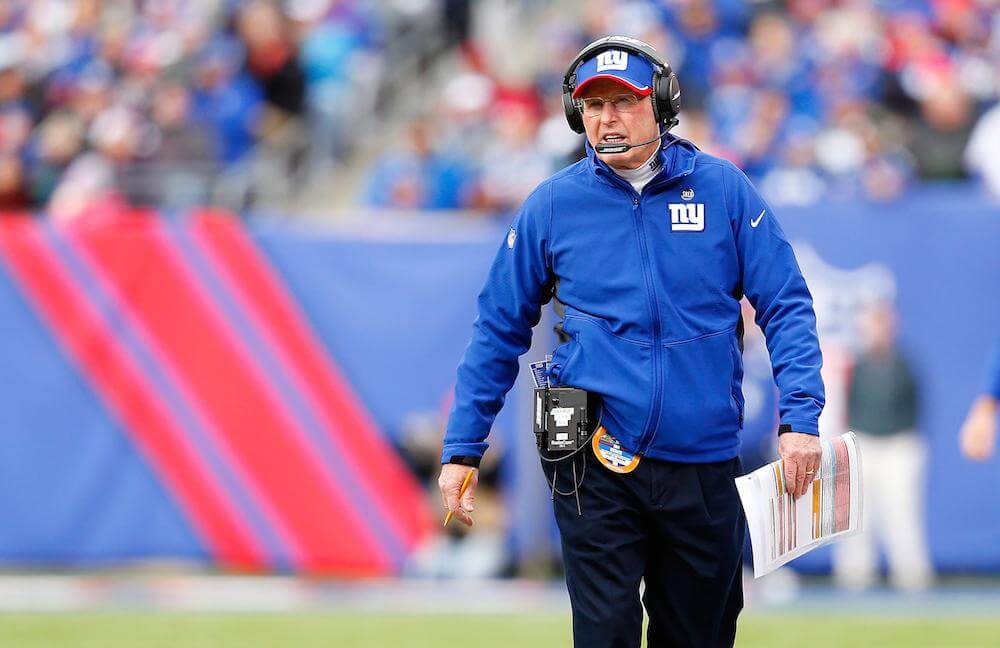 A Sports Scribe The Total Impact Of Tom Coughlin
Basketball The NBA’s Lost Award: Paul George Is The Com…
0