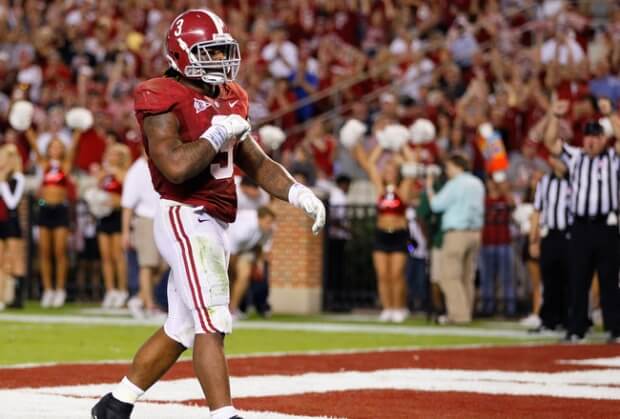 When I think of Heisman trophy winners, I think of how there have been many years of controversy. For years, the trophy has come down to one or two very legitimate players, and there are times when the player who wins it may not have been the best, but there was really no arguing why they won the trophy. Usually around week eight or nine in the college football season, a player and a team will separate themselves from the rest and make their team and themselves more noted.

To be frank, not one of these guys have stepped up and claimed the coveted trophy. They all have crumbled in one way or another in big games this season, leaving national television watchers to wonder if any are deserving of the trophy. Interestingly enough, the number one team in the country (LSU) is doing it without any one superstar on their team. They do it with defense and a good running game.

You can’t argue that the season hasn’t been interesting. The parity of the teams in college football has made each week an adventure. The SEC appears to be the conference that has the elite defenses, if nothing else. We all know that defenses win championships, so why are there never any defensive winners of the Heisman? In the history of the trophy, no defensive players have won the coveted trophy, except for Charles Woodson, who had to actually play some wide receiver to show enough versatility to get the award.

So when I take a look around at who is still deserving of the Heisman Trophy, my list takes a few turns in another direction. 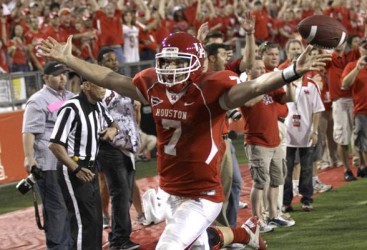 The quarterback from the University of Houston is shattering records and winning games. His team is undefeated and is probably going to get a BCS bowl bid, even though they are not a part of any BCS automatic bid conference. Keenum is a product of a system that has produced a lot of dynamic quarterbacks. That, in itself, may be the only deterrent of him winning the award. He gets no real television air time and not many people outside of the media even know how who he is. Most people in America wouldn’t be able to recognize him in a line-up if they had to identify him. It’s hard to win the most coveted trophy in college football when that is the case.

The most polarizing of all of the candidates on the list is Andrew Luck. Luck has been stable and has done pretty much what he was expected to do this season. However, it has been somewhat boring. Stanford lost the game it was expected to lose, and Luck hasn’t really jumped off the page with great stats. In fact, you can contribute most of the teams wins to the running game, as it has been the staple of Stanford’s offensive dominance this season. 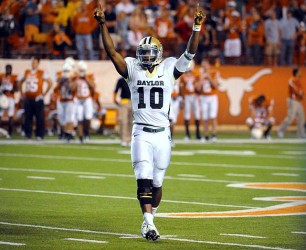 RGIII has been the most electrifying of all of the players on my list, by far. He shows up big in the biggest games of the year, and he also has all of the intangibles that make you want to tune in and watch him play. The name alone sounds Heisman-worthy, and his most recent performance against Oklahoma, piling up 479 yards and four touchdowns, requires that he garners real consideration.

The guy who should have wrapped this thing up so far has fallen quite a bit, as Alabama has struggled a bit in the running game against the top teams in the SEC. Richardson is dynamic, but he is not exciting every week. He does have his moments, as he is built to play on the next level. Ironically, he is much better than most backs in the country, and he is one of the reasons Alabama has any success on offense at all. He came into this season as the primary back for the first time in his career, and he has not disappointed, leading the Crimson Tide to a near perfect season.

All of this being said, it appears that no one guy has really stepped up and claimed it. Looking directly at the numbers, Case Keenum has the best argument, but because no one has really seen him and most people don’t know him, he can only be Bruce Wayne. This makes the argument even stronger for Luck who will probably win the trophy, by default.

Hopefully, the vote is as close as the mediocrity of the contestants. It’s a shame that the number one team in the country just can’t accept the trophy themselves. I really don’t see any reason why they can’t give the trophy to LSU’s defense. That’s right, the entire defense. Nobody has been more dominant than that group. If you have to give it to a person, then give it to the orchestrator of that defense, John Chavis. This is just one sports fan’s opinion.

3 Replies to “Does Anyone Really Deserve The Heisman This Year?”

Does Anyone Really Deserve The Heisman This Year?