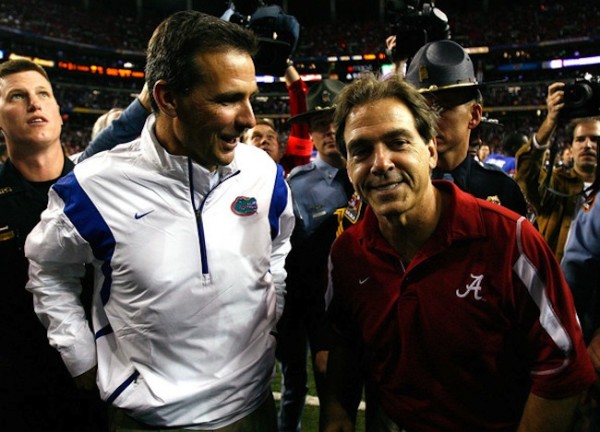 I have been calling college football games for four years. I played ball, I watch games and I’ve probably seen more football in the past eight years than anyone my age. I watch HBCUs, ACC, SEC and Big 10 teams play pretty much every week of the season, and one thing hit me about some of the differences in college football the past week. There are teams that do it, and then there are teams that do it right.

When we talk about elite programs all across the country, they have one thing in common. They all have a plan. The infrastructure of the team, the facilities, the pay, the support and the people that make the hardest decisions are all on a level that has the same focus. The big programs have less of a gap between resources than the smaller schools, but the plan itself has bigger ideas than most.

Small colleges or HBCUs have to deal with monetary issues that limit them and their growth. At some point as an institution, you have to make a few decisions. Are you trying to build a program, or are you just trying to field a team?

Building a program means you don’t take many shortcuts. You invest in the infrastructure and facilities. You invest in the capital that it is going to take to make your product a top-notch product. Cutting corners may get you a year or two of success, but in the end, you will be recycling bad idea after bad idea until people get frustrated with the product that you are producing.

In major college football it's more about leadership and stability. Look at the top coaches — they all have a common thread. They can recruit; they improve the look and feel of their teams. Florida hasn’t been relevant since Urban Meyer left. Look what he’s doing at Ohio State. UNC isn’t the same team that it was since Butch Davis departed. Why does Nick Saban continue to dominate wherever he goes to coach? The answer is simple … These guys have seen winning, and they know how to build it from the ground up.

Trust me, these guys know what it takes. They have seen it. They have done it. So the people who help them get what they need are all in when it comes to making these decisions. If you want a team to put on the field, keep doing it the way you are doing it. If you want a program, get ready to roll up your sleeves and do some heavy lifting.

For the small colleges out there, it takes resources that are going to be expensive. It takes something to lure talent. It takes a shared vision where cutting corners isn’t good for every decision that is made. Don’t expect to get quality on a budget every time. You may get good things on sale from time to time, but you usually end up getting what you paid for in the bigger picture.

For the larger schools out there, remember one thing: Having things is only a part of the equation. If you don’t have a better plan than the rest, you are no better than the teams who don’t have anything.

Get creative. Develop a plan. I will say this for all of the institutions out there looking for their next head coach, my alma mater included:

That’s all I have.