Have you ever watched an action movie where you know how it’s going to end, but you keep watching because the protagonist is such a bad ass? The fact that you know the outcome is rendered meaningless because you’re so enthralled by all the incredible shit the main character is going to do en route to that conclusion. The Oakland Raiders 2016 season is an action movie, and Derek Carr is the hero we can’t take our eyes off of. He’s the reason NFL betting sites like MyBookie.ag are giving the Raiders the second best odds to win the AFC. He is the most valuable player in the NFL.

Every Raiders game has become spectacle because of Carr. Each week looks like the week the 10-2 Raiders come crashing down to Earth from their perch atop the AFC, and each week Carr swoops in to save the day.

“Clutch” has become a buzz word in a sports landscape where winning is everything—even in the realm of individual performance. Often when a player gets labeled “clutch,” it’s used as a mask for other deficiencies.

The Raiders quarterback has become the face of snatching victory from the jaws of defeat. Of Oakland’s 10 wins, six of them have been secured by game-winning, fourth-quarter drives by the Carr-led offense. While he piles up comeback victories, Carr has managed to become the rare player who thrives in crunch time while also excelling in the other, equally important three quarters.

Carr is fifth in the NFL in completions, tied for fourth in yards and for seventh in attempts, touchdowns, quarterback rating and yards-per-game. Additionally, he has zero multi-interception games. His five interceptions are tied for the fewest among quarterbacks with at least 400 attempts.

His production has become the centerpiece of one of the NFL’s most potent offenses. Oakland is No. 5 in total offense and averages 28.8 points-per-game, the third-best rate in the league.

Oakland’s 10-2 (5-0 on the road) record and six consecutive wins are levels of success they haven’t seen since George W. Bush’s first term, and it all rides on the quarterback.

Nobody saw this level of dominance coming. Although they were expected to be competitive this season, the Raiders are far from a complete team. They’re probably a year or two ahead of schedule, and in contention for a No. 1 seed in the AFC, due in large part to the play of their quarterback.

Carr’s ability to pick defenses apart sets the entire Oakland juggernaut in motion. The temporary house of cards constructed by general manager Reggie McKenzie would topple without the level of quarterback play the Raiders have gotten.

On the offensive side, the Raiders have provided Carr with a bevy of tools to make his life easier. Their offensive line is dynamite and their seventh-ranked rushing attack has benefited from defenses being shredded by the passing clinic Carr puts on every week.

On the perimeter, they have the dynamic, future superstar wide receiver Amari Cooper and the resurgent Michael Crabtree. The former has hauled in 68 passes, four of them for touchdowns, to go along with his 981 yards. The latter has nabbed 67 balls for 785 yards and seven touchdowns.

In the scope of the MVP argument, Carr has a compelling case. But other players and teams can match those numbers. What sets Carr’s value above all others is what he does for his team’s defense.

The Raiders defense is not typical of a 10-2 team. Oakland is 30th in yards allowed and sits at No. 22 in scoring defense. That’s bad. The defense is still evolving, but as it is currently constructed, it is built for the sole purpose of making the opposing quarterback uncomfortable.

In 2014, the year they selected Carr in the second round of the NFL Draft, Oakland drafted outside linebacker Khalil Mack. Mack was taken fifth for his ability to get after the quarterback. He’s done that very well in his brief NFL career.

This offseason, GM Reggie McKenzie signed another dominant edge rusher in Bruce Irvin. With a fearsome pass rush already in place, McKenzie set his sites on one of the top free agent cornerbacks and signed Sean Smith.Then in the draft, McKenzie reached to shore up the safety spot and snagged the hard-hitting Karl Joseph from West Virginia with the 14th overall pick.

One free agency period and one draft and McKenzie had a defense built to hold leads, or at the very least keep games close.

While the Raiders are near the bottom of the league in scoring defense and total defense, their pass defense has been excellent. They’ve notched 11 interceptions and are allowing the fourth-lowest completion percentage in the NFL.

Carr is too good for teams to be content running the ball and eating clock. With their foot perpetually on the gas, the Oakland offense makes teams pass the ball, and that’s right where they want you. There aren’t many offenses that can overcome Mack and Irvin pinning their ears back and getting after the quarterback.

The defense’s ability to stiffen up late in games has been paramount to Oakland’s 10-2 record, and more often than not they’re put in the best position to succeed thanks to the play of their offensive leader.

Sheer production, gaudy numbers, wins and losses are easy to point to when evaluating a player’s MVP candidacy. With Derek Carr, however, it goes deeper than that. He is the face of a franchise that has climbed from the deepest pits of NFL ineptitude to get out ahead of their rebuilding schedule and is now on the cusp of playing a home playoff game.

The three-year veteran is not just helping steer an overachieving team, week in and week out, he’s single-handedly driving it…backward…with a blindfold on…while the car is on fire. We all know how that story ends — with the car safely parked where it needs to be, no longer on fire, with everyone inside safe — but we keep watching to see what other outlandish things the hero can do on his way to all but certain success. 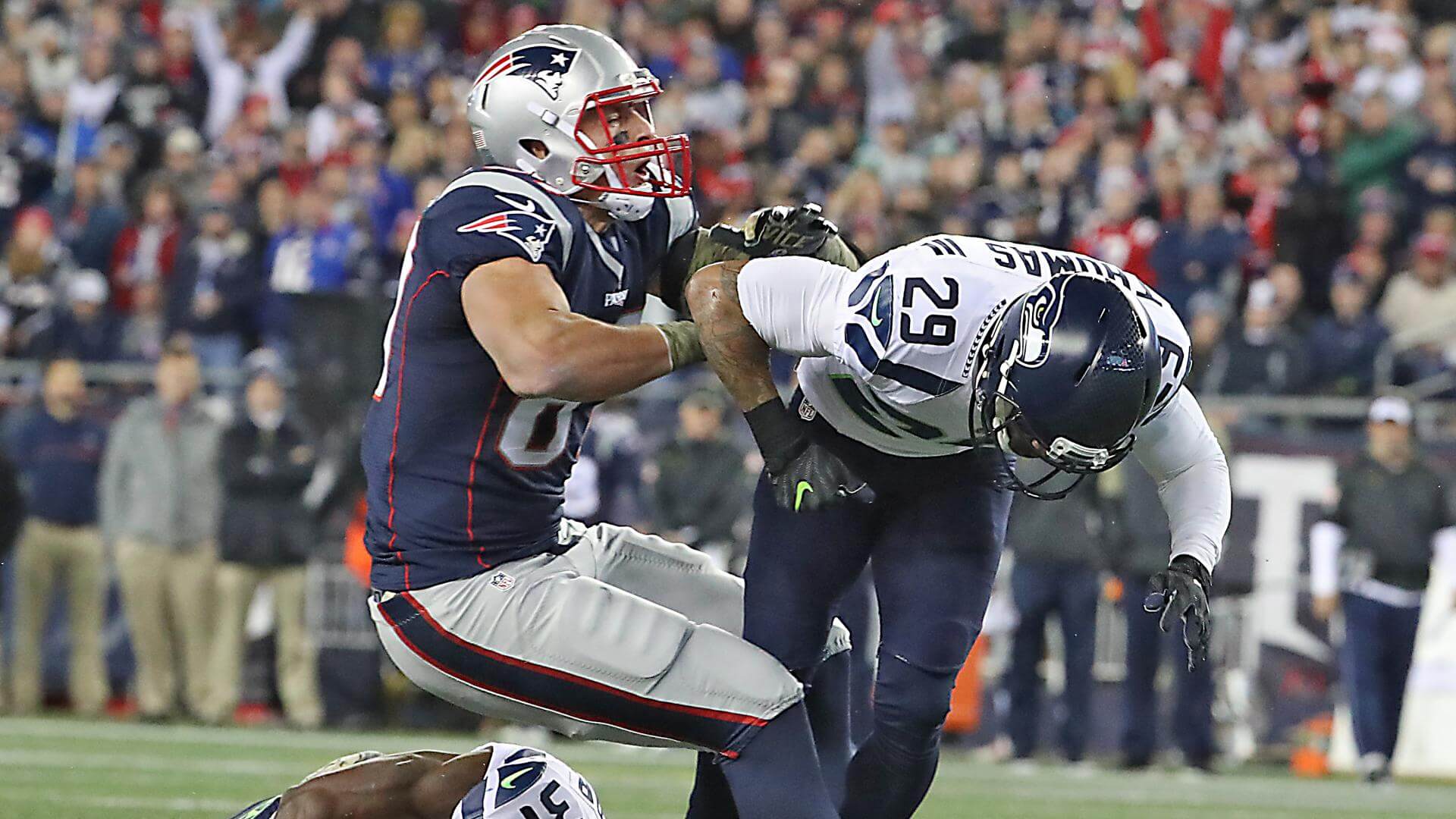 Football Why The Loss of Gronk and Thomas Spell Doomsday Fo… 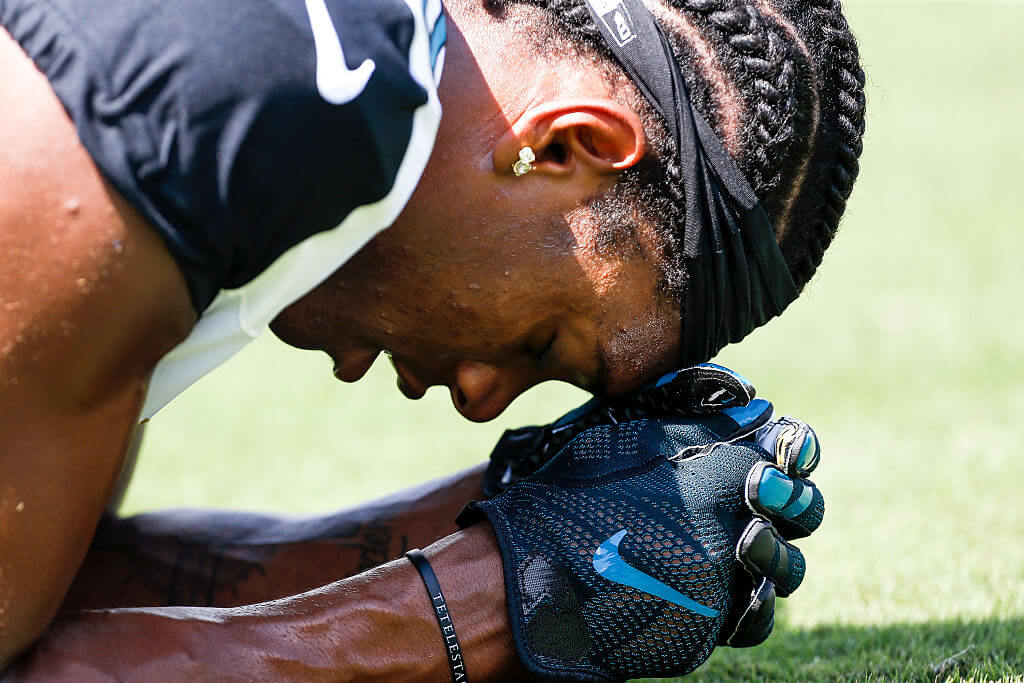