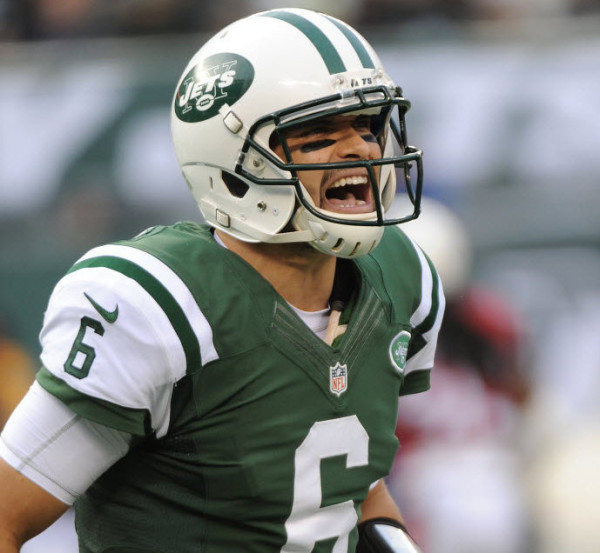 As I sat pondering a topic to write, I kept getting mixed images in my head from the previous week. All I could see was a multitude of emotional references that varied from racial topics to slander of a couple of quarterbacks.

Everyone saw the Rob Parker debacle as he spoke without thinking about Robert Griffin III. Rob Parker “allegedly” brought into question the blackness of Robert Griffin III because of his off-the-field demeanor. Parker’s referencing of RGIII as a “cornball brotha” really rattled a lot of cages in the sports world. In a sense, you can say that the majority of the people who spoke out the loudest were athletes immediately rushing to the defense of RGIII.

How does one define another person’s blackness? Last time I checked, people didn’t get to choose whether they were black or not. Ask Tiger Woods, Barack Obama, Halle Berry and Derek Jeter. These are all people who you could arguably question their blackness because they have more than one race intertwined in their DNA. However, they are identified as black because they look the part in one form or another.

Parker’s assessment of Griffin as a cornball would have been suffice by my standards had he just left it at his actions and not his demeanor. I think we can all agree that Griffin has some cornball in him. For example:

But those things are identifiable and somewhat make him unique. Whether corny or not, I can live with that. Had Parker gone there, I would have been okay with that. Everyone has a little bit of corny behavior in them for the most part. I myself:

I am okay with my cornball behavior, and Griffin is apparently doing well with his too. Everyone has a side that people would consider corny. However, Parker crossed the line when he brought into question the legitimacy of Griffin's blackness because he dates a white woman and his political affiliation.

Parker's comments opened up racial talks, but nothing sparked racism like the racial outbreak during Sunday Night Football when NBC interrupted the game to bring presidential correspondence for the children who were attacked in Newtown, Connecticut. When the game was interrupted, several people took to social media and attacked the president. Some of the things that were said were just pure disrespectful for the deceased, as well as the Office of the President of the United States.

Sure, it’s an individual's right to say what he or she wants about a person, but in the wake of the situation and the respect of the Office of the President, you would think that people would have been more sensitive to the matter. Instead, there was a barrage of “N” words being thrown out and the pure hatred of people who obviously object to having a black president.

The weekend officially came to a close, and Mark Sanchez may have sealed his own fate as a starting quarterback in the NFL. Sanchez seemed to have the world by the short and curly's for his first few years in the league, but he has been exposed as a fraud who is limited in ability and is a turnover machine. When you are picked as highly as Sanchez was, expectations are high. When you look at the rookies and second-year players who are getting an opportunity to play in the NFL now, they are all poised to be better than Sanchez if they aren’t already.

Maybe Pete Carroll was right when he said that Sanchez wasn’t ready. Someone’s head is going to roll for the Jets bad play this season and it is not likely to be the head coach. Expect the offensive coordinator and the quarterback to both get their walking papers.

7 Replies to “Cornball Brothas, The President And Mark Sanchez”