Colin Kaepernick, quarterback for the San Francisco 49ers, made a quiet decision this preseason. He decided not to stand for the national anthem of the United States. It wasn’t the first time, but when someone finally noticed and asked him about it, Kaepernick was not shy about sharing why he made that decision. These are important facts to consider before we delve into Kaepernick’s motives.

He didn’t disrupt a game.

He didn’t raise his black fist in protest.

He didn’t technically do anything.

In fact, the national anthem is a prompt: when played, everyone who hears it is offered the opportunity to stand as a statement of support.

Standing for the national anthem is not mandatory. It is your individual choice to engage in the political act. As Bomani Jones pointed out, not standing is really a neutral act:

People aren’t talking about Kaepernick’s words, because every single word was chosen perfectly. There is no way you can chop up his quotes to make him sound “un-American.” You can lack critical thinking and wrongly infer that, but that’s solely on you. Also, it’s really hard to argue against Kaepernick’s words:

“Lawyers go to school for eight years, but you can become a cop in six months and don’t have to have the same amount of training as a cosmetologist. That’s insane! Someone that’s holding a curling iron has more education and training than people holding a gun.”

It’s hard to misrepresent Kaepernick holding the United States of America and its citizens accountable for its claims of freedom and justice for all. It’s very difficult to misconstrue Kaepernick saying, “I’ll continue to sit. I’m going to continue to stand with the people that are being oppressed.” It’s hard to lie about Kaepernick’s expectations when he clearly says, “There’s people getting murdered unjustly and not being held accountable. People are being given paid leave for killing people. That’s not right.”

I appreciate how @Kaepernick7 holds his own against reporters who desperately want him to water down his statements. pic.twitter.com/fk7U64MmMO

A reporter asked a leading, biased question. @Kaepernick7 made him restate it — highlighting the ridiculousness: pic.twitter.com/niMUPiUnfw

It’s comically easy to ignore Colin’s expertly chosen words and focus on “Can you believe he sat down during the national anthem?” But that’s both boring and pointless. What’s much more interesting is the response to Kaepernick’s statements.

New Orleans Saints quarterback Drew Brees not only told reporters that Kaepernick’s decision was “bothering me all day long,” but he “wholeheartedly” disagrees. He went on to graciously allow Kaepernick to engage in his First Amendment right to free speech.

“No, he can speak out about a very important issue,” said Brees. “But there’s plenty of other ways that you can do that in a peaceful manner that doesn’t involve being disrespectful to the American flag.”

So what is this magical, universally accepted mode of protest that won’t offend anyone and is good and proper? The answer lies in the nonviolent ideology of Dr. Martin Luther King Jr., white people’s favorite black hero. Surely he has the answers. Let’s peruse his “Letter from Birmingham Jail,” the letter where Dr. King said the greatest threat to black freedom isn’t the Ku Klux Klan, but “the white moderate, who is more devoted to ‘order’ than to justice; who prefers a negative peace which is the absence of tension to a positive peace which is the presence of justice.”

You’ve read the quote before. Dr. King goes on to say the biggest threat to black liberation is people who say, “I agree with you in the goal you seek, but I cannot agree with your methods of direct action.” He said this in 1963.

Who does that sound like? Current University of Michigan head coach—and Kap’s former head coach with the 49ers—Jim Harbaugh in 2016:

I apologize for misspeaking my true sentiments. To clarify, I support Colin’s motivation. It’s his method of action that I take exception to

No. Racists are just predictable as hell. There is no mode of protest that will appease you who do not flinch at black women and children being murdered by police. There is no petition. There is no vigil. There is no sit-in. People who do not want freedom and justice for all certainly don’t want you exercising your constitutional right to fight for it.

A bundle of wizardry, chaos, and genius.

4 Replies to “On Colin Kaepernick’s Protest, Predictable Responses And There Being No Right Way To Revolution”

On Colin Kaepernick’s Protest, Predictable Responses And There Being No Right Way To Revolution 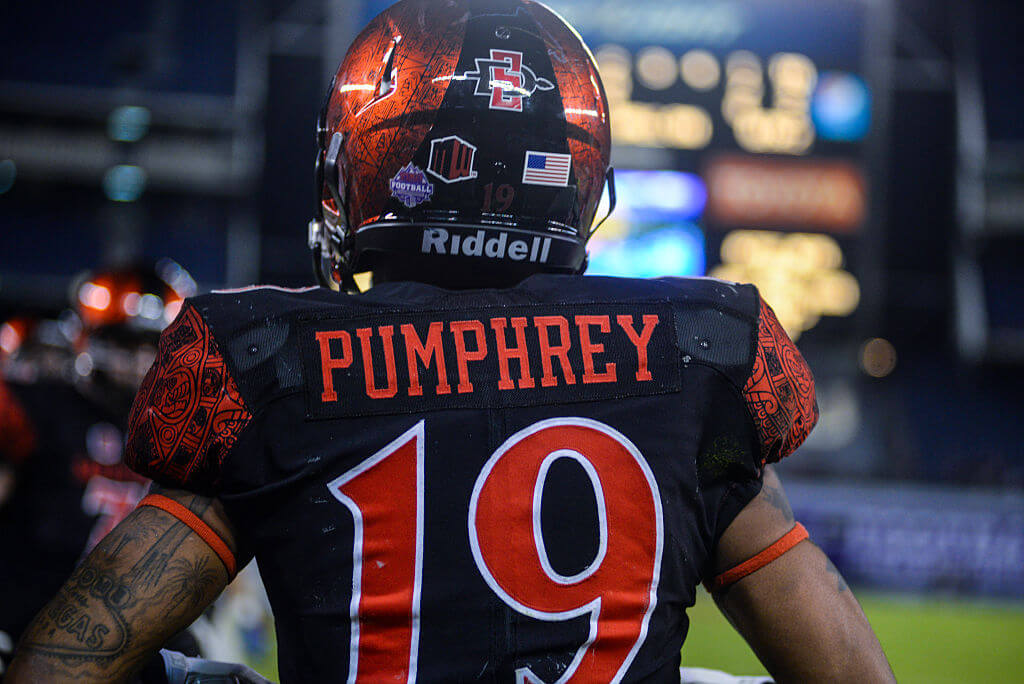