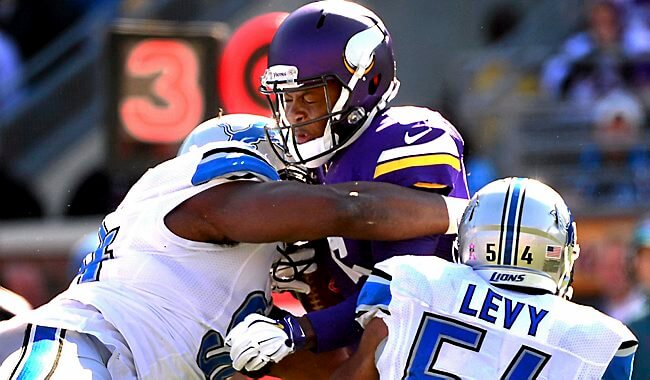 My dad likes to criticize Minnesota weathermen. Well, to be fair, he criticizes most things, but the forecasters of winter in the North Star State annually draw his ire. They'll dance around reports or speak in vague terms to hide the severity of the impending weather.

This one always gets him — the high on Tuesday might be 28 degrees, a cold day by most standards, a mild one in a Duluth winter. Wednesday, however, the temperature won't escape the teens. The weatherman then issues the soothing phrase that makes my father's blood boil: “It'll be cooler tomorrow.”

My dad didn't grow up in Minnesota. In fact, he's about as much a permanent outsider there as one can be. He likes the serenity that the Northland offers compared to the cacophonous Philadelphia area he left in 1999. But those damn weather reports will make him look east.

Here's the thing. I don't think Minnesotans, and I speak as one here, are impervious to winter. I don't think they believe 15 degrees is a cool temperature. What I know is that in November, Minnesotans will wake up to find frost on their windows. They'll scrape their cars before heading to work. Hot chocolate holds a place in the cupboard 10 months out of the year. If they deem November cold, then what is December? January? February?

And sure, part of it is natives just get used to the low temperatures the same way Arizonans describe a “dry heat.”

But sometimes, like during a long stretch last winter when the temperature failed to climb above zero, it is cold. Sometimes your car won't start in the early morning. Sometimes the sap in the maple trees freezes, and the sudden expansion of wood sends a crack through the night. Sometimes you walk outside for five minutes and realize that icicles hang from your eyebrows. In those moments, Minnesotans, weathermen or not, agree with my father. It's the low point of any winter.

That's where the Minnesota Vikings are now. A week and a half ago, Vikings fans watched their beloved Norsemen get dismantled by the hated Green Bay Packers. Christian Ponder, a first-round pick turned third-string quarterback, started and proceeded to help usher in the 2014-15 Wild season.

On Sunday, Teddy Bridgewater, whose name comes attached with buzzwords like “poised,” “mature” and “calm,”threw three picks as the Vikings bowed out to the Megatron-less Detroit Lions, 17-3. First-year head coach Mike Zimmer said afterward, “They kicked our butt.” Look at him fit right into his new home, going with the TBS assessment of the game. I'm sure the locker room got the HBO version.

Now, with a rookie quarterback and a rookie coach, the Vikings fan base should preach patience. But there's a few things at work here. Any sense of hope that Vikings fans had going into the season — that maybe if the defense played well under Zimmer, if Norv Turner could rejuvenate a hapless offense, if Adrian Peterson could replicate his 2012 form, if Matt Cassel could exceed expectations while Bridgewater developed into a pro passer, Minnesota could contend in the NFC — is now gone. Cassel got hurt, Zimmer's defense has been inconsistent at best and Peterson has endured one of the more precipitous falls from grace we've seen.

Vikings fan Chuck Pillsbury told TSFJ in July that he's optimistic where most Minnesotans are pessimistic as it pertains to the Purple and Gold. He assures me that his outlook hasn't changed.

“If you think about it, they game-planned before the season thinking they'd have one of the best running backs and a young tight end,” Chuck says of the disgraced Peterson and the injured Kyle Rudolph. “Now they have neither. Sitting at 2-4 is pretty good considering that. And I almost forgot the QB change. I didn't expect playoffs, so 2-4 is fine.”

Chuck makes a good point about bad luck's role in the Vikings' poor start. But that also adds to the downtrodden feeling, doesn't it? There's a helplessness to these Vikings that puts the franchise on par with other ringless teams like the Cleveland Browns and the Buffalo Bills. The difference is, Minnesota has always been good — until now. And Buffalo and Cleveland suddenly don't seem so depressed.

Bills fans are still riding the high of Terry Pegula's purchase of the team and promise to keep it in Buffalo. Meanwhile in Cleveland, Brian Hoyer has led the Browns into contention. They should win at least eight games this season and maybe sneak in to the playoffs. What can Vikings fans hang their hopes on right now?

Yet, Chuck's statement makes you think twice in the same way the weatherman does. Guys, it's not cold. We'll tell you when it's cold.

There's a town on the east end of the Iron Range, nestled in a depression of land surrounded by low mountains. The unique geography traps cold air there so much so that the average annual temperature is 34.5 degrees. In December and January, it can reach 50 degrees below zero. It's the coldest spot in Minnesota.

To hear Chuck tell it, the Vikings aren't there yet. My father would probably tell you they are.

That town's name, by the way, the coldest spot in Minnesota, is Embarrass.

2 Replies to “The Cold State Of The Minnesota Vikings”