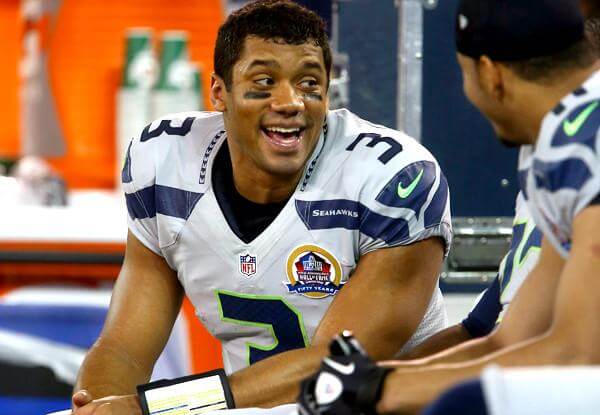 As a fan there are a few memorable days that stick out to you. There’s the time you witnessed your team winning a championship for the first time. You will never forget that when it happens. Then there is the time you won against a team that no one expected you to beat. Nothing is sweeter than being able to run around boasting about how on that day you were better than everyone gave you credit for being. Both of those things are great, but to me draft day is always special. Regardless of where you’re picking, draft day is the day that someone is going to make a difference on your team.

That difference can be good if you pick correctly, or that difference can change the next five years of your franchise if you don’t pick properly. This is where things can get a little tricky. Teams evaluate talent. Evaluations are great, but too many times they have biases and favorability. If the decision makers know that the owner loves a person, they will see what they want to see sometimes.

Scouts get to be Santa’s helpers. They decide if a person has been naughty (run slow, lift weak, play bad) or nice (better than expected in all categories). Presents will be falling all over the place for some teams. Everyone looks at round one of the draft the hardest because it’s where the money-makers are chosen. If you are chosen in the top 10 picks of the draft, you are expected to be special, but there is gold to be had all over the draft.

Top 10 picks are like getting a Bugatti for Christmas.

You are expected to turn people’s eyes and perform at an expensive level right away. The break-in period will be short, and for the next three years, that team wants to get a lot of miles out of you. Sometimes, though, what glitters isn’t always gold. For every Peyton Manning, there is a Ryan Leaf. For every Randy Moss, there is a Mike Williams. Just because the package is bright and shiny doesn’t always mean it’s the best for your team.

First-round picks get all the love. They get instant endorsements, and most of the players chosen find a way to stick around for a while. The real presents, though, are found in the later rounds. Teams that find first-round quality in rounds 3, 4 and 5 are the ones who get the real presents under their trees during the draft. It’s like buying an old Camaro and then you find out you have a classic. All it needs is a little work and polish, and then you realize that you just cheated the market for the next few years. Imagine how the Seattle Seahawks felt getting Russell Wilson in round 3 of the 2012 NFL draft or how the San Francisco 49ers felt when they got future Hall-of-Fame wide receiver Terrell Owens in the third round in 1996.

The last couple of rounds are where the real gifts are found.

These will be the toys that everyone has passed over, but there is still a lot of value left in these picks. The 6th and 7th rounds are full of quality and sleeper value. Finding quality here requires a lot of work. It’s like buying a refurbished bicycle. You hope it’s going to work out, but you aren’t really sure if it’s going to be a game-changer for your franchise. Teams who work the hardest in scouting usually find the best gems in these rounds.

In 2000, the New England Patriots changed the face of their franchise when Tom Brady fell to them in the 6th round of the NFL draft. All he did was win three Super Bowls and a few MVPs. In 1995, the Denver Broncos changed John Elway’s fate when Terrell Davis was drafted and added a ground game to the Denver attack. Davis turned out to be the missing piece to a championship puzzle. Then there are guys like Wes Welker, who never got a chance to be drafted and entered the NFL as a free agent. I would like to think that Welker turned out okay and that the Dolphins, Patriots and Broncos are all thankful for his services.

The science will never be an exact one for the NFL. Guys rise and fall on draft boards before they play a down. Sometimes teams get it right and deliver the fans with a present that they will never forget. Other times teams will miss out on talent and make their fans loathe the present they find under their tree. That is what makes the draft so great — it can make you or break you as a franchise. The breaks may only be temporary, but for the fans, there is nothing like watching your team add pieces that can make a difference.

That’s why it’s Christmas in May. Sometimes you get exactly what you wanted as a fan. Even if you don’t, you just smile and accept the gift for what it is. Good or bad, they are still your team. You never know when you are going to reach in the back of the closet and pull out that old sweater that your aunt knitted two years ago. Try it on, you might actually like it.

Christmas In May: Plenty Of Gifts Will Fall Teams’ Way In The 2014 NFL Draft

Etc. Here’s What Will Go Through The Head Of A Di…

Bull City We Reminisce: An Appreciation Of How Good Cam Newt…
0