The past week has been a whirlwind for the Philadelphia Eagles and their fans. Things have been stunning (trading the franchise’s all-time leading rusher in his prime,) frustrating (losing No. 1 WR Jeremy Maclin to a higher bidder,) exciting (landing Byron Maxwell,) confusing (signing, but not really signing Frank Gore,) to downright baffling (trading your starting QB and valuable picks for injury-prone Sam Bradford) to straight-up crazy (signing both Ryan Mathews and DeMarco Murray to replace LeSean McCoy).

Chip Kelly has certainly set out to make this team his own and build it the way he wants. Perhaps the mad scientist really does know what he is doing, will be proven the genius that some have dubbed him, and he will deliver a long-coveted Super Bowl to the City of Brotherly Love.

Or the whole thing could crash and burn, and Kelly will turn his back on the flaming wreckage of his failed experiment, leaving the entire organization in shambles.

One of the aforementioned transactions causes me a great deal of concern. It is the failure to complete the Frank Gore signing. I’m not particularly concerned with the fact that Gore isn’t going to be an Eagle. Maybe he would’ve fit nicely into the offense and been extremely productive, or maybe the statistics concerning 32-year-old running backs would hold true and he would fizzle out or get injured. In fact, Gore changing his mind worked out in the Eagles favor, as they ended up with Murray and Mathews. However, I remain concerned that Frank Gore got “cold feet” about signing with the Eagles.

Chip Kelly constantly preaches about “culture.” Chip is trying to build the appropriate culture with the Eagles, but I fear that his obsession to do so may be sending the wrong message across the league. The fact that a potential free agent who had agreed in principle to sign with the Eagles suddenly got cold feet and ended up with another team very disturbing, though that concern was softened by the additions of Mathews and Murray, both of whom chose to join Chip in Philadelphia.

Chip is a known micro-manager, monitoring everything about his players, whether it be smoothie intake or sleeping habits. I can see how this might rub some players the wrong way. These are world-class athletes who have risen to the pinnacle of their sport, and although they’ve had plenty of help along the way from coaches, teammates, friends and family, I’m sure they’ve also developed some habits and techniques that work for them and have helped them get where they are. They are also grown men, many of whom are millionaires, and they don’t need to be told what to eat, what to drink or when to sleep — at least not by their coach.

Many of these men would be willing to deal with these things if it translates into a lot of winning on the football field. What could be more detrimental to Kelly and the Eagles going forward is how Kelly handles personnel decisions.

Two offseasons ago, Kelly cut ties with the team’s leading receiver, DeSean Jackson. This offseason, he traded his team’s starting running back - the franchise’s all-time leading rusher at just 27 years old - and quarterback, in addition to losing his No. 1 receiver to a higher bidder. So in two offseasons, he has lost or gotten rid of his two leading receivers, an All-Pro running back and his starting quarterback. 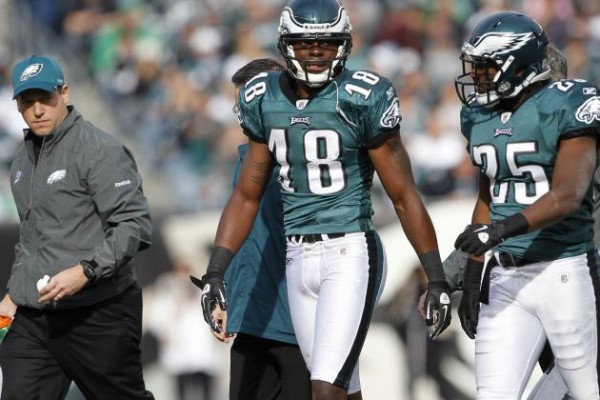 Kelly believes his offensive system can move the ball regardless of the players on the field. He seems hell-bent on proving it. Time will tell. But in the National Football League, you need talent to win, regardless of how effective the system is.

I fear that Kelly’s lack of respect for talent, and to a lesser extent his lack of loyalty to players who have produced for him, combined with his well-publicized micro-management, will hurt his ability to get players to come to Philadelphia down the line. That hasn’t necessarily been the case so far, but professional athletes are fickle. I worry that he is so trusting in his system, so enamored with culture, and so aggressive pursuing his plan, that he is failing to see the ripple effects that his actions have. I wonder if Chip may be sending a message to players across the league that could have a long-term effect on him being able to sign top-tier talent in the years to come.

It might get to the point where potential free agents will look at Philadelphia and ask themselves if they really want to go to a place where they can have an All-Pro season and be sent packing the following year. Or they may ask themselves if it’s really worth it to have their coach monitoring their sleep and pouring smoothies down their throats.

There will always be teams with money to spend. There will also be teams with winning pedigrees or that are on the cusp of taking that next step. If Chip fails to be a little more flexible in his pursuit of “culture” and in his assessment of production, there may come a day when, all other things being equal, a free agent may choose another destination simply based on the way Chip runs his show.

Perhaps none of this will matter. Maybe the Eagles will come out next season and win a whole lot of football games. The allure of Chip’s offensive system and the numbers that are there to be had for skill position players may combine with the opportunity to win and overshadow the concerns expressed above.

The way free agency has played out as a whole for the Eagles so far this offseason would certainly point to the positives outweighing the negatives in terms of players considering coming to Philadelphia. Losing McCoy and Maclin and even Gore hurt, but adding Kiko Alonso, Byron Maxwell, Ryan Mathews and DeMarco Murray, among others, certainly helps replace that production lost. However, if Chip continues to micro-manage and develop a reputation as overbearing, and if he continues to undervalue talent and the production players have given his team, players might begin to have second thoughts about joining the great Chip Kelly experiment.