Charlie Strong is officially the head coach at Texas. He should feel settled. The plan is working. The Longhorns entered the season opener Sunday at home against Notre Dame an underdog on www.sbgglobal.eu. The Longhorns exited the game poised to compete for a Big 12 title.

Mack Brown took over the Texas program in 1998. The Longhorns had a losing record the season before despite having running back Ricky Williams on the roster. The Texas program had fallen into mediocrity. Being a Longhorn fan for most of the 90s was like being a Republican in 2016. The good times aren’t far away and the memories are vivid, yet you still have no clue how the car was crashed.

Enter Brown. He won nine games in each of his first three seasons. He convinced Williams to stay in Austin for his senior year where he eventually won the Heisman Trophy and set a NCAA record in rushing yards. Brown also landed five-star recruit Chris Sims and defensive end Cory Redding. It was a new day in Austin. Texas was signing the blue-chip prospects the state was losing to Florida State and Miami before Brown. Now, the best players from Houston and Dallas converged on the capital.

It took three years before Brown’s program went to the next level. Starting in 2001, Texas won at least 10 games for the next nine seasons. Brown’s Longhorns wouldn’t lose more than three games in the entire decade. Recruiting classes were soaked with talent and a championship was eventually won thanks to Houston’s Vince Young. Brown, as a conservative white man, found a way to connect with the inner-city and rural black kids in Texas. The program thrived.

Then something weird happened—college kids got in trouble. Brown had multiple players in a few recruiting classes get kicked off the team or suspended due to arrests and team violations. Brown made a decision to change his recruiting style. He no longer recruited the right players from the right schools. He started recruiting players Texas went after in the 90s. The talent level dipped and so did the wins. Texas won five games in 2010, and Brown was fired after the 2013 season.

Most Longhorn fans point to the quarterback play and development as the downfall of Mack Brown in Austin. That certainly played a large part, but Brown set the course downward when he stopped taking chances on players like Young or Sergio Kindle. Brown decided he had won enough, and the headache wasn’t worth it. The ironic part was college kids still got in trouble. They just weren’t as talented.

Strong inherited the cupboard at its worst. The former Louisville head coach and Florida defensive coordinator didn’t arrive in Austin with Ricky Williams as a senior and Major Applewhite on the bench as a quarterback option. No, Strong had hurt running backs and Tyrone Swoopes at quarterback. The first two years were forgettable. Texas finished the first season under Strong with an embarrassing loss to Arkansas. The last season finished without a bowl game.

Strong entered this season on the hot seat, especially with Tom Herman cooking a few hours away at Houston. Strong, the first black head coach in Longhorn history, could hear the whispers. Another bad season and it’d be easy for boosters to move him towards the door despite obvious evidence that Strong inherited a roster not suitable for higher aspirations. Even with two signing classes under his belt, Texas still boasts 60 freshman or sophomores out of 85 scholarship players. 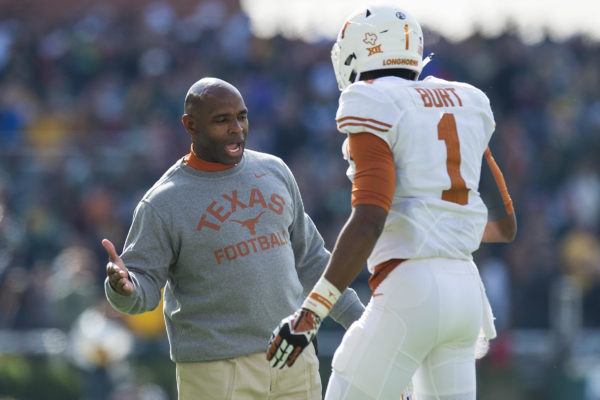 The best quarterback? A freshman. The best running backs? Both sophomores. What about on the offensive line? A freshman and two sophomores. The defense must be loaded with experience, then? Nope, the best player is a sophomore linebacker, and the secondary is all sophomores as well. It’s the same along the defensive line as Strong must rely on teenagers at nearly every position on the field. The wide receiver who burned Notre Dame down the field a few times Sunday is, you guessed it, a sophomore.

There was a famous exchange between Strong and Oklahoma coach Bob Stoops after their first meeting at the Cotton Bowl in the Red River Rivalry. Strong lost but told Stoops during the handshake to “wait until I get my players in here,” or something along those lines. Strong beat Stoops the next season. He just beat a team in Notre Dame that knocked off his Longhorns 38-3 just a year previous.

Strong is a year away from truly owning the program. Remember, Brown couldn’t crack double-digit wins until his fourth year at the helm. In year three, Brown won nine games. We’ve yet to see where Strong and the Longhorns will end up in the win column at the end of this season, Strong’s third as head coach in Austin, but one thing is getting closer—Strong almost has his players. 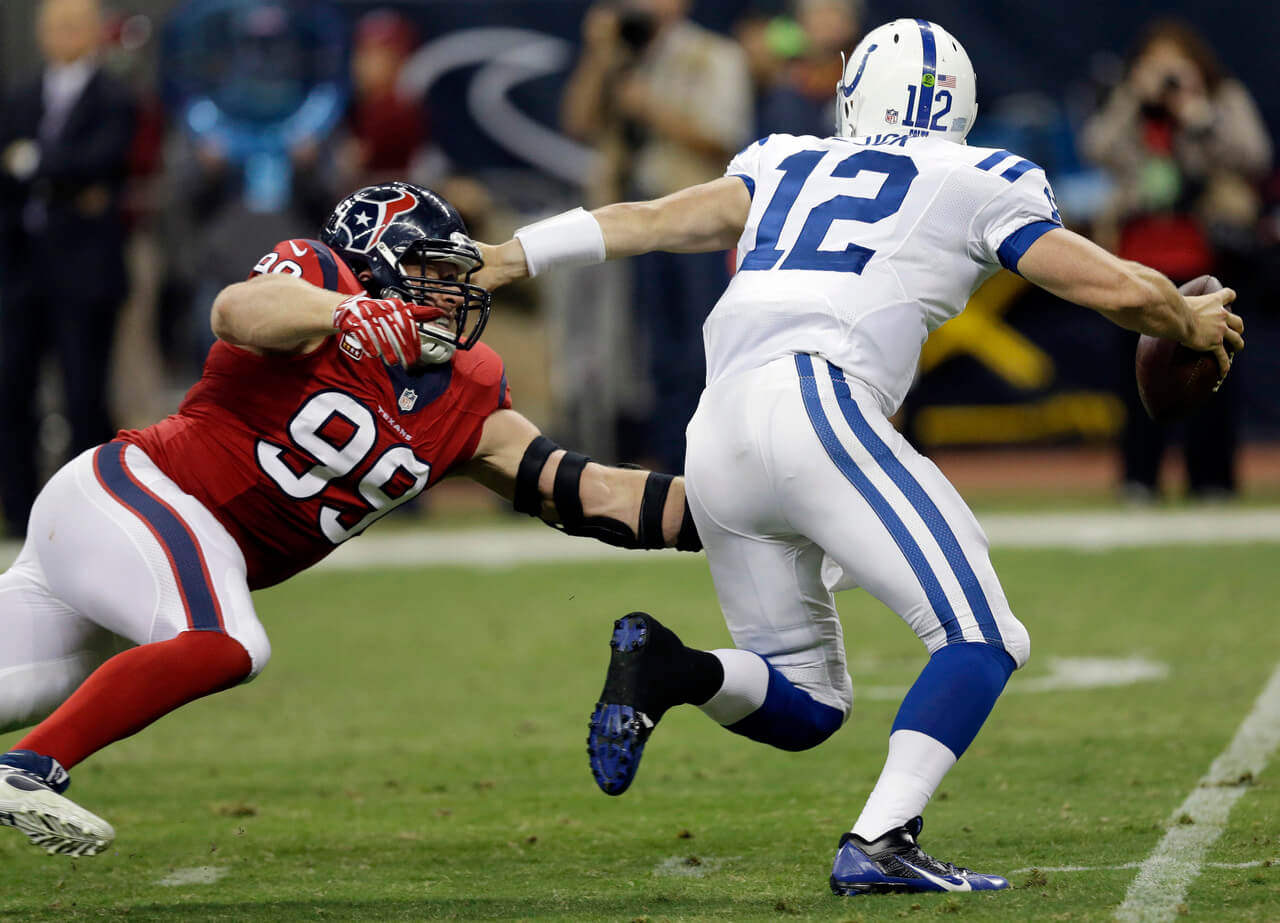 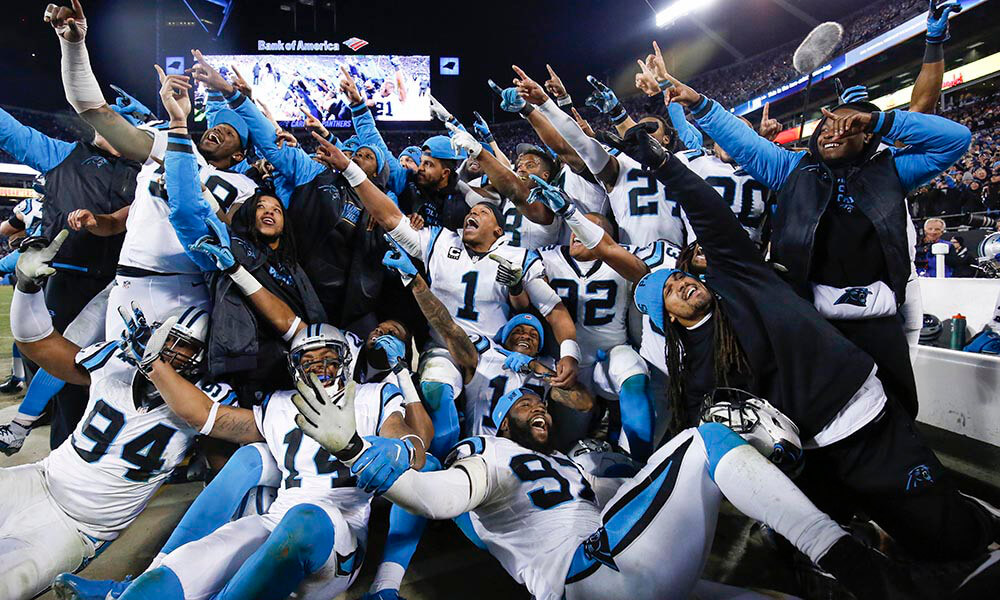 Football 5 Reasons to Double Down On The Carolina Panthers…
2