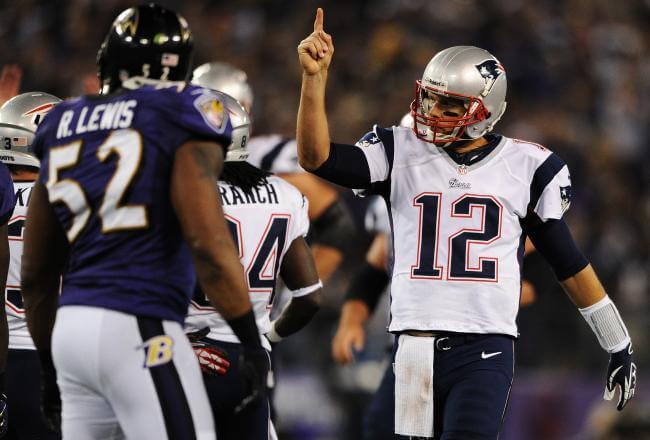 On Sunday in Atlanta and Foxborough, Mass., two rowdy crowds will be cheering on their home teams in support of their bids to make it to Super Bowl XLVII in New Orleans two weeks later. They’ll wear their colors, scream their hearts out, and if their Falcons and Patriots win, celebrate with their neighbors so the whole world knows their pride.

Simultaneously across North America and in subsets around the world, millions of people will be transfixed to their television sets and laptops, not acting too different from the fortunate few in the Georgia Dome and Gillette Stadium. Whether they are loyal to the four participating teams or praying for the downfall of at least one of them, they’ll be surrounded by fellow football fans that can’t wait for what hopes to be a Super Sunday.

Take a mental picture of the frenzy because that, in essence, will be the end of the NFL season as the fans who have watched for the past six months know it.

Yearly from early August until this very weekend, the NFL always belongs to its faithful. It belongs to fans that have pored through draft guides and depth charts, bookmarked StubHub in hopes of getting cheap(er) tickets, and went to the early church services so they can park themselves in front of their TVs until long after Faith Hill “sings her song!”

It also belongs to a wider swatch of local media – not just your mainstream broadcasters and beat reporters, but your weekly community papers and radio stations – that have devoted countless days in the pursuit of any angle to bring back to their audience.

For these last six months, our hearts have risen and fallen with each play as if they represented us, even if we know that these players and coaches don’t live the same lives as us. And after this Sunday, we’re going to lose this game – warts and all – to … them. You know who they are.

The culture vultures. The ones who show up just to watch the commercials and the halftime show or are there just to be in the scene because they don’t want to miss the big event. So what if they didn’t watch a down all season?

The freeloaders. Those people who come to your house, eat your food, stash a couple of brews (or Cokes for my fellow non-drinkers), disregard the paper plates you bought so that the dishwasher can get a rest, and don’t have the nerve to throw a few dollars for all the pizza you ordered.

The unlikeable significant other your best friend brought over. This person who prides him- or herself on being that guy/that girl who just talks out of the youknowwhat just to get a rise out of someone.

The fish-out-of-water fantasy addict. The person who actually plays fantasy playoff challenges and hasn’t had a team rooting interest since his first office pool.

And that’s just on Super Sunday in many homes around the country. There’s the time in between the final whistle of the AFC Championship Game and the first of the Super Bowl itself. Yes, the Pro Bowl that is always watched by millions of people who claim that they don’t watch the Pro Bowl is supposed to help pass the time. However, that break also features the worst week in all of sports, the mind-numbing circus that is Super Bowl Media Week.

And the Super Bowl itself. For all of its importance, splendor and celebration of football, the event has never been a game for the ardent fans themselves. For better or worse, it’s the most corporate single-day culture event in the world. Tickets were already gone before you thought about buying them. The people who actually get to attend – mostly the moneyed and lucky of Corporate America – have helped the NFL become the most popular entertainment company in the United States through major television deals, advertising partnerships, vendor agreements and so much more.

Though every NFL game has degrees of the corporate feel that the Super Bowl attracts, there are still elements that remind you that the teams have some sort of regional and community connections.

Go back to that mental image you took a few minutes ago. You captured home-field advantage. You captured team colors blanketing a crowd of 80,000-plus fans that are losing their minds until the last kneel down. Even in the chance that this home field-framed image actually depicts either or both the visiting 49ers and Ravens in conference championship gear, it’s still an image that represents rewarded faith for people who’ve spent close to 30 weeks dreaming of Super Bowl glory.

Remember that image. It’s the last one of its kind for quite a while.

5 Replies to “Championship Sunday: The Unofficial End Of The NFL Season (As You Know It)”