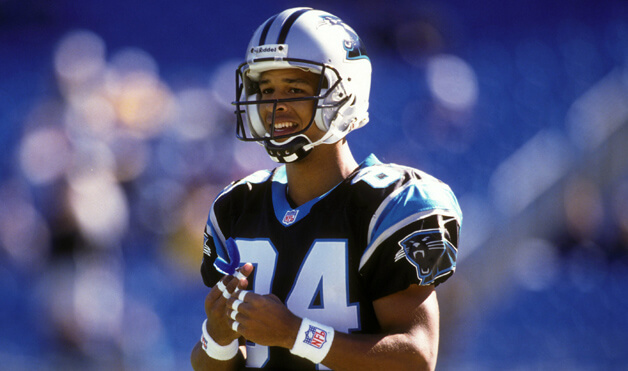 The NFL Combine has officially become must-see-TV, but what does this all mean?

As Bomani Jones said on Monday, “A great 40 time made D’Angelo Hall a fortune, but how much did that matter when he was getting set on fire for three teams?” Or what about Calvin Johnson? The man who already was going to be a top ten pick because of being such a physical specimen at 6’5″ and 235 pounds, showed up at the combine and had made his mind up that he wasn’t going to run. Then, when watching everyone else run, Johnson put on someone else’s cleats, and runs a 4.35 40-time and single-handedly solidified his spot as the number two selection for the Lions.

A great performance at the combine can undoubtedly raise your stock, but it doesn’t necessarily prove if you can play football worth a damn. Here are three booms and three busts that all got paid, but only a few could actually ball. Words by The Rev, Crazy Joe and Ed.

Much like Mamula, Dwight Freeney was an undersized defensive lineman from Syracuse expected to go in the mid-to-late first round. And much like Mamula, Freeney shot up the draft charts after posting some absolutely absurd combine numbers: 4.48 40, 37” vertical and 28 reps at 225 pounds, identical to Mamula. That vaulted Freeney all the way up to 11th overall, the second defensive end taken in 2002 after Julius Peppers went first overall.

Unlike Mamula, however, Freeney lived up to his combine promise, becoming one of the elite pass rushers in the NFL, accumulating 102 sacks in ten seasons, earning seven Pro Bowl berths, three first-team All-Pro honors and leading the league in sacks in 2004.

While attending the University of Colorado, Rae Carruth was a marginal receiver. Everyone knew he was good in space, but he was so inconsistent that he wasn’t getting much hype coming out of college. Rae had a decent senior season and put up 1116 yards receiving with 54 catches, but he was still projected as a fourth round pick, despite being a Biletnikoff Award finalist when the season ended.

In the late February NFL combine, Carruth fixed all of that and blew everyone away with a combine best 4.17 forty-yard dash time. His performance moved him all the way up into the first round and he was the 27th overall selection by the Carolina Panthers. Carruth was the fourth receiver taken in the 1997 NFL draft and expectations were high. He had a respectable rookie season, starting 14 games. Carruth caught 44 passes for 545 yards. He also caught four touchdown passes, and was named to the NFL All-Rookie team. He started the 1998 season on fire in the first game and had four catches early in the game before breaking his foot. Who knew that this would be the end of his career?

On November 16, 1999 Carruth was sentenced to 18 – 24 years in prison for the murder of his girlfriend. Success was just about to begin for this man who used the NFL combine to come up.

Chris Johnson made his name at the combine in 2008. When Johnson registered the world-famous 4.24-second time (famous because he got a stopwatch chain commemorating the time) and tied the all-time mark set by Rondel Melendez…who? Right. Johnson also ranked fifth among running backs in his class in the vertical jump with a 35-inch jump. His ten-foot, ten-inch broad jump was third-best among the running backs.

Johnson went from a third-round pick from East Carolina to a first-round steal of a pick for the Tennessee Titans. In just his second year, Chris Johnson became CJ2K with his 2,006 yard rushing season and the 2,509 total yards from scrimmage, breaking Marshall Faulk’s single-season record. Yeah, CJ2K might have an issue with punctuality and contract signing, but his blaze is official in between the tackles and cutting it outside.

At 6’4, 252 pounds, Mike Mamula was a really, really good defensive end at Boston College. However, he lacked the size and gaudy numbers you expect out of a lineman drafted in the top ten. He was considered a first-rounder, no doubt, but top ten was not really in the equation. That is, until Mamula put on a show at the NFL combine: a 4.58 40-yard dash, bench-pressing 225 pounds 28 times and a 38.5″ vertical. That tantalized the Philadelphia Eagles so much that they took Mamula seventh overall, a selection that proved to be a bit too high given the 31.5 sacks he accrued over five NFL seasons, never once notching double-digit sacks in a season and hearing many more boos than cheers from the Philadelphia faithful.

Dominique Rodgers-Cromartie was a victim of non-exposure coming out of Tennessee State University. Dominique’s draft stock was considerably low, as many questioned the level of competition he faced during his college years since he attended an HBCU. Others questioned his technique and stated that he really didn’t have tough competition to defend against. However, Rodgers-Cromartie impressed scouts during Senior Bowl week, performing very well during the arranged practices, and was named Defensive MVP for the game.

That game got the ball rolling for Rodgers-Cromartie. Also the quickness he displayed with a 4.29 sec 40-yard dash and his 11-foot broad jump at the NFL combine led many scouts to think that he may be legit, so NFL executives started jockeying for position to get him in the draft. 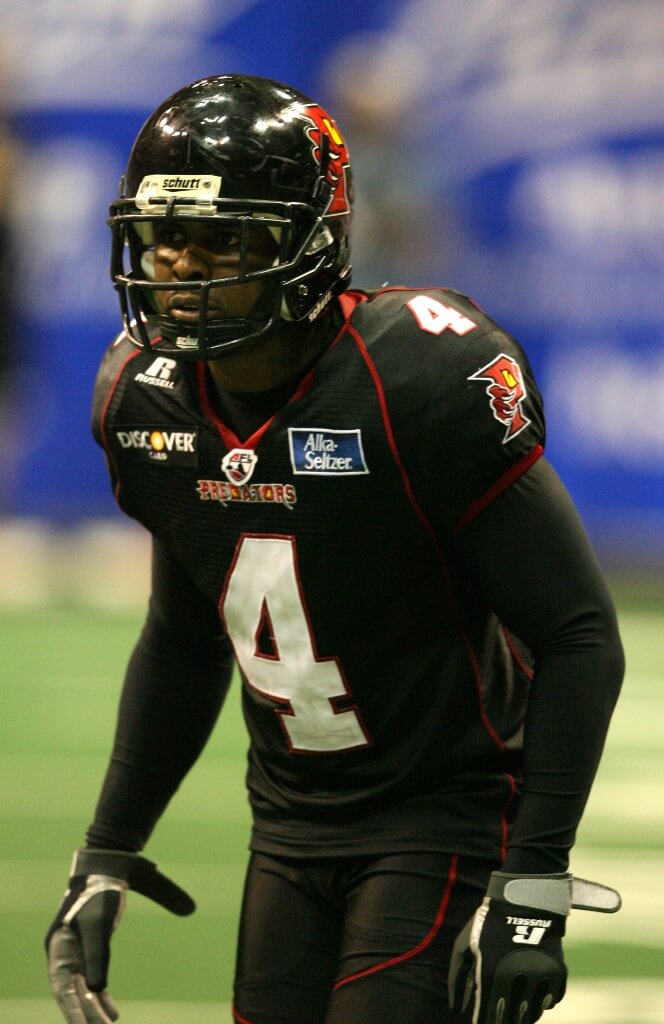 Rodgers-Cromartie was drafted in the first round by the Arizona Cardinals in the 2008 NFL draft. By the end of his rookie campaign, Rodgers-Cromartie had taken a starting position earning that five-year, 15.1 million-dollar contract. At the beginning of the 2011 season, he was traded to the Philadelphia Eagles for Kevin Kolb and continues to impress. Dominique is just another example of a kid from a small school that used the NFL Combine to come up and become successful.

Back in 2004, I can still remember watching the combine highlights and hearing about this dude, Ahmad Carroll. The first thing that ran across my mind was, “Who in the hell is that?” Carroll was in the SEC, on a good Razorbacks squad (remember QB turned WR turned coke head Matt Jones?), and this dude literally came from nowhere.

Ahmad Carroll ended up being the cornerback, in the words of Morgan P. Campbell, “the cornerback with legit 4.2 speed who never bothers to learn how to cover, figuring he can always outrun his mistakes.” That 4.2 40-time speed that Carroll had was the reason I’d never heard of him; in college, everyone was afraid to throw on him. In the NFL, they were throwing on Carroll at any moment they desired. In fact, Ahmad Carroll’s days were numbered when Eagles’ wideout Greg Lewis repeatedly burned him with double moves.

Carroll was soon cut days later. In all, three NFL teams, two UFL teams and an Arena League team have taken their chances on him. Now, Carroll is playing for some team called the Virginia Destroyers. That’s the uniform they wear…yep, I have no clue either.

4 Replies to “Booms and Busts: The Come-Up at the NFL Combine”

Booms and Busts: The Come-Up at the NFL Combine