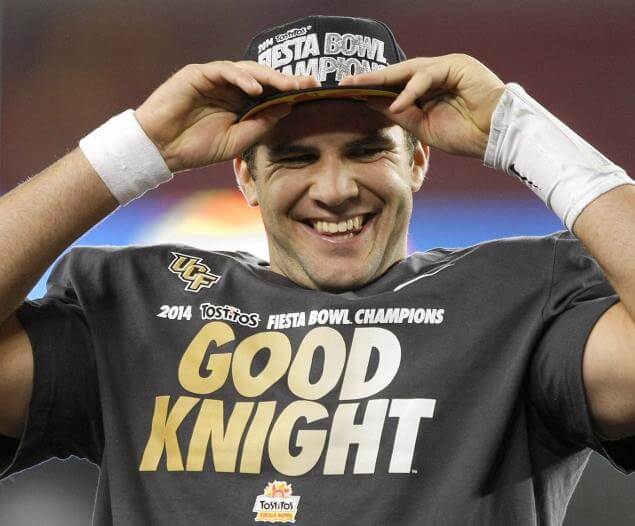 Now that Russell Wilson and Peyton Manning have (mostly) left the stage as the most over-talked about quarterbacks of the times, the scene shifts where it always does this part of the year …

To overhyping the barely college football-graduated NFL quarterbacks to be!

This year’s actors in the play include one that actually has to be let down to earth for the NFL proceedings awaiting him in Johnny “Money” Manziel. He’s been living the NFL life so long now, you get the feeling that the interview process is only a formality before he gets back to his usual speed. Think of it like the grace period after Kanye called out a president and pissed on the pretty little country singer’s shoes. You knew the beast was within him waiting to break back out, but he had to hide if for a while.

There’s also Mr. Theodore Bridgewater, formerly of Louisville, Kentucky, fame. The polished product with the size, frame and flashes of brilliance makes him seem like a model for the job. But the interview does matter for him, due to who he played against and to make sure he has more Donovan McNabb than Akili Smith to him.

Then, behold, the third head of the Ghidorah: Blake Bortles. He’s the enigma from the little school that could, and did. He had such a good year on the field that he even raised questions about if Central Florida is the second best school in the state. And now, the man who’s pulling comparisons to Ben Roethlisberger is now getting eyed by the new administration in Houston as well.

There is one thing that Bortles has going for him that neither Money Manziel nor the potential "Bridge" over troubled waters will be competing with Bortles for: hottest girlfriend—because that is a race that is over, done and decided.

So no matter what happens between now and May, just know this: Blake Bortles made the pick of the year well before he had the chance to do the same himself.

Here’s what else is spinning in the world of sports and the world abroad:

No, Floyd Mayweather Did Not Lose $10.4 Million On The Broncos—Mashable

A Foolproof Guide To Boning Your Best Friends—Complex

How Bruno Mars Got The Super Bowl XLVIII Halftime Gig—Forbes

Remembering what Stern did, and how he did it—Yahoo Sports