The last time the Baylor Bears won in Stillwater, Oklahoma, the fifth Heisman Trophy award was given to Nile Kinnick, a halfback from Iowa. That same year, No. 1 TCU beat No. 6 Carnegie Tech 15-7 in the 5th Sugar Bowl and the University of Oregon beat Ohio State 46-33 in the very first NCAA men’s basketball championship.

76 years and 11 meetings on Oklahoma State soil later, Baylor head coach Art Briles is looking for more than just a way out of the losing streak in Stillwater – he is looking for a way in to the College Football Playoff.

The Bears seemingly played their way out of the committee’s line of sight with a 44-34 loss to now-No. 7 Oklahoma at home last week. But like several other teams that suffered debilitating losses (Stanford, Utah and LSU), all hope is not lost just yet. Stanford has Notre Dame, Utah has a shot at the Pac-12 championship, LSU has Ole Miss and the Bears have a tenured, tenacious foe in Oklahoma State.

A one-loss record is redeemable, even given the proclaimed “soft” nature of Baylor’s schedule. But beating the Cowboys is the key that unlocks the door to invite playoff talk back in. And Baylor must do several things to claim this critical victory.

After dropping a tough loss at home to the Sooners, bouncing back is Briles’ only course of action. Luckily, Baylor never stays down for very long: the Bears have won 3 straight following a loss (no back-to-back losses since 2012) by an avg. of 19.3 pts. Baylor also owns the last victory in the series with Oklahoma State – the Bears defeated the Cowboys 49-28 in Waco last year. Baylor will be trying to win back-to-back games vs. OSU for first time since 1915-42 (9 in a row). The Bears are 3-0 in true road games in 2015 and 4-0 away from Waco. Baylor is also 10-2 in true road games over last 2+ years after going 7-17 in the first 5 years of Briles era. The Bears have won 15 of its last 19 games played outside of Waco. Keeping his players focused on the task at hand while disregarding all the home turf hype will be Briles responsibility.

Baylor is the nation’s only team to score on its first drive in every game this season, and the Bears have scored touchdowns on all of their opening drives, so expect Briles to subscribe to the Ricky Bobby “if you ain’t first, you’re last” mentality. Baylor’s first-half scoring average this season (33.6) is the nation’s highest since 1996 – the next closest is Oklahoma’s 2008 squad at 33.1 first-half points per game. Scoring first makes a statement, but being efficient on scoring drives helps keep the faith. Baylor leads all FBS teams in TD drives of 2 min. or less (42) after also leading the nation a year ago (41).

If speed and efficiency are what help Baylor get ahead, then statistical domination is what will keep them there. Briles’ team leads the NCAA with 637.9 yards per game and 54.8 points per contest.  Baylor is the only FBS school to be top-11 in passing (11th, 345.7) and rushing offense (5th, 292.2). Oh, and they lead the nation in offensive yards per play.

The biggest concern facing Baylor is of course quarterback Jarrett Stidham’s health. Stidham took over for starter Seth Russell following his neck injury in October but the freshman injured his back in Baylor’s loss to Oklahoma last weekend. While his status is still widely unknown, a source close to the program told TSFJ that Stidham is “good, that he has been practicing all week and that he will start and play on Saturday.”

Although, as of Wednesday, Briles was not particularly encouraged by his progress.

“Honestly, not as far along as what I’d like for him to be,” Briles told the Dallas Morning News following Wednesday’s practice. “We’ll see in the next day or two.”

If Stidhamn were unable to play, sophomore Chris Johnson would get the start. Johnson, who attempted four passes as a redshirt freshman last season, spent the first two-thirds of the 2015 season as a wide receiver before moving back to QB after Russell’s injury. Baylor’s offensive line will have to keep whichever young QB starts safe from Oklahoma State defensive end Emmanuel Ogbah, who is the nation’s active career sacks leader with 26 – he has 11 sacks, 17 quarterback hurries and 15 1/2 tackles for loss this season.

QB worries aside, there is the concern of utilizing wide receiver Corey Coleman, who leads the FBS in receiving yards per game (136.6) and touchdown catches (20).

Oklahoma managed to neutralize Coleman last week; limiting him to only three catches for 51 yards and no touchdowns after averaging 147.3 yards per game and 2.5 touchdowns per game in Baylor’s previous eight games. So keeping the Cowboy’s defense from shutting down Coleman will be important for the Bears.

Although, there is always fifth year senior Jay Lee.

Stidham ➡️ Lee = 🏽6⃣ @BUFootball finds the end zone for a #Touchdown here in the 4th quarter of a close one #OUvsBAYhttps://t.co/O2tbrJYmx4

At the end of the day, Coach Briles knows that if they win in Stillwater, playoff talk will come – all his team can do now is (pardon the pun) bear down.

“We’re actually in the situation now where our vision is pretty tunnel,” said Briles in a presser Monday. “It’s Stillwater this Saturday at 6:30 p.m. and whatever happens from there happens, and I think we all know it’s pretty hard to predict what’s going to happen. We just have to fight hard and get a win.”

Baylor Looks to Cause Playoff Stir in Stillwater 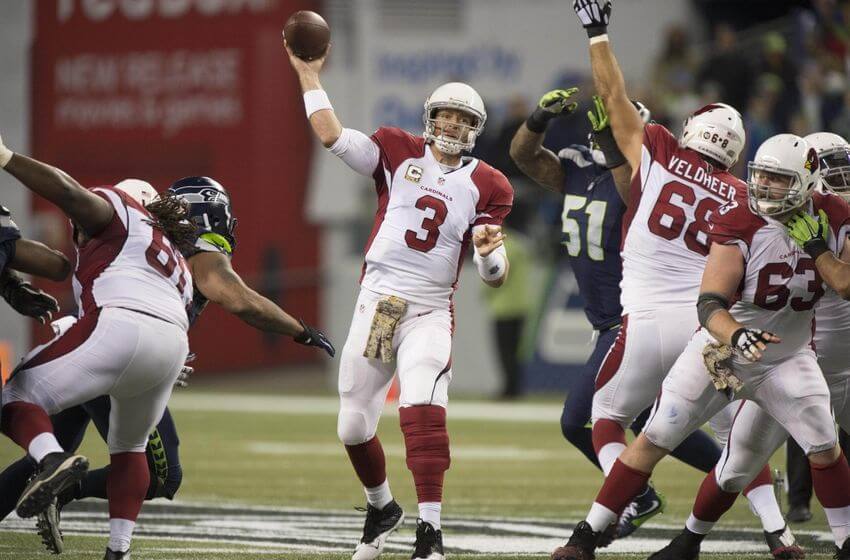 Football The Rise, Fall and Rise Again of Carson Palmer