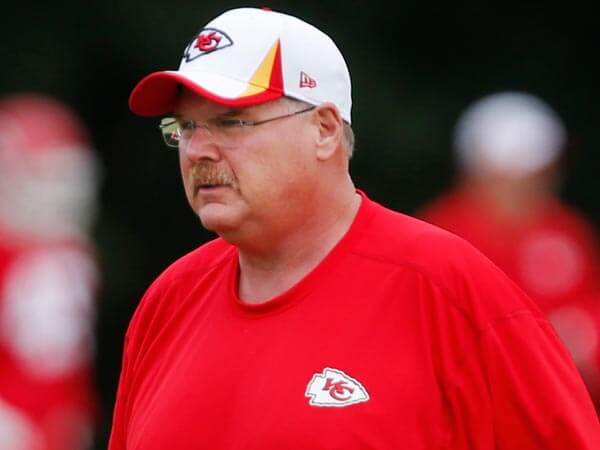 I guess it takes 14 years, 130 wins, six NFC East titles and an NFC Championship to shape a legacy. For a franchise without a Super Bowl, Andy Reid came closest to a gold standard. Thursday night, he’ll return to Lincoln Financial Field. It’s a narrative all of us Eagles fans saw coming when schedules were released. He’ll come and lead a group of red and yellow-uniformed men. He’ll likely wear red. He’ll win or lose. No matter what the story will read, it won’t matter. The weirdness will trump all.

This Eagles fan was 11 when Reid was hired and 25 when he got the ax. The prospect of a new coach certainly made life different for an offseason — memories of Reid’s hiring are fleeting. For fans who came to love the team over Reid’s impressive stretch, he’s all we knew.

There were times when his personality — or seemingly lack thereof — could turn you away. He never really seemed to answer for anything. Personnel decisions, coaching changes and poor use of challenges and the game clock never failed to boggle the mind. This man — so large in stature — was bigger than the average wardrobe and smaller than the microscope made him.

Sure, there will be people who boo on Thursday. It’s only the proper welcome for a man as good as Reid. There will be more applause than negativity. For all the problems at the end of his run, he’s still good enough to have had one. That’s the balance point with Reid. Sure, he had to go — it was time. No matter what he does in Kansas City, it won’t change the fact he needed a change of scenery as bad as owner Jeffrey Lurie needed a new head coach. He had his run and it ended. But at least it existed in the first place.

Three specific things stand out to me about Reid.

I’ll never forget his father-like bond with players. They liked him and loved him. They wanted to play for him and rewarded his good faith — if they were capable. The big man certainly had his way with young players, which befuddles the fans who only saw his personality through abrupt and painful press conferences.

That dedication to a coach is extremely rare in professional sports. If you can galvanize a team with your leadership and still endear yourself to the troops, it’s impressive beyond most bounds. Perhaps that’s what separates good coaches from bad. Maybe that’s what makes a tenure last 14 years.

Secondly, I’ll remember traveling to last year’s home finale — a loss to the Redskins. The only reason I attended the game with a last-ditch effort was to see him out. I wanted to say I was there when he coached his last game on the Birds’ sideline. Sure enough, I did. And sure enough, it was a loss.

Last season was a bastard child of what Reid put in formation through bad drafts, poor free agent signings and the inability to adjust. It happened in a way that only etched in stone the adage about good things and their ends. I’m glad I made that game. Someday, I’ll be able to be proud of that.

My most memorable thing about Reid is a moment I spent near him. In the basement of the Wells Fargo Center after a Flyers’ playoff loss to Buffalo, fellow press members and I waited for the locker room to open. A writer chortled at a joke he read on Twitter, sarcastically poking fun of the hockey club’s inability to score on five power play chances.

“This says it looked like,” the sportswriter began to read.

The coach emerged from the locker room where he probably saluted the team in a losing effort. He stopped behind the writer and listened, wondering why his name was in play.

“… coached the power play tonight,” he finished, while laughing.

Reid shook his head, walked away as we gazed in horror. By the time we told the poor sap what happened, it was just soon enough for him to turn and look down the hallway. An oversized man in an oversized Hawaiian shirt turned the corner.

The story comes to mind when I think of Reid. It was the most awkward thing I’d seen in my life.

Thursday, I’ll watch the shovel pass on third-and-goal, the poor timeout usage and the relentless pursuit of no run game. It’ll come from a man who was the only head coach I’ve ever known for the only team I’ve ever truly loved.

I suspect at that moment, I’ll know those brief seconds in the hallway were nothing.

Awkward won’t begin to describe it.