Hello, my name is Mike Craven and I’m an addict.

It took me a long time to admit that out loud to my friends, my family and, most importantly, myself. Addiction is an embarrassing cycle that changes the life of everyone involved, not just the user. It affects work, relationships, decisions and so much more.

Former San Francisco 49er Aldon Smith’s most recent relapse cost him his job. Social media exploded with harsh critiques of his past and present decisions.

From the outside, the disappointment and frustration from fans and media all makes sense. Smith is uniquely talented, young, rich and famous. Yet, here he is seemingly throwing it all away over alcohol. None of us would do that, right?

The sad truth is most of us know someone inflicted with the disease of addiction. I come from a middle-class family and a good neighborhood. I have a college education and am blessed with strong family support. I was also blessed with bosses early in my career who gave me second and third chances after trouble with the law and a stint in rehab. Not everyone is as lucky.

Smith was given plenty of chances, so sympathy is not necessary. Empathy, however, is a trait we can all strive for no matter our belief systems. He deserved to get released from his team, and he needs to get serious help before another NFL franchise takes a chance on him. And even then, Smith needs to be monitored in some kind of way and given additional support through counseling and support groups because this isn’t a battle that is cured with a 10-day pack of antibiotics from the local drug store.

We’re open to talking about race in this country, even if the dialogue isn’t always pleasant. We’re open to talking about most things in a rational way, but drug abuse and alcoholism get thrown in a different shadow because most people don’t understand what it is like to not be able to have one drink. If you’re reading this right now, you’ve probably driven after a night out when you were over the legal limit. You’ve probably tried drugs at some point in your life. And if you haven’t, a close friend or family member has and maybe still does.

Smith isn’t alone. I’m not alone. You’re not alone. It is OK, as long as we search out the appropriate help and wake up every day sober and go to bed every night the same, a victory was made. I’m not here to preach. I completely understand the crowd that dismisses these issues as bad decisions instead of something far bigger because poor decision-making is a huge part of addiction. All addicts started out with a few bad decisions that led to a downfall. None of us woke up one morning wanting to be addicts. Smith needs to grow up, admit his problems, go get help and then apply those lessons every second of every day for the rest of his life.

I did my first drug when I was in fourth grade on the way to a school bus in Houston. A friend’s older brother sent him to school with some codeine cough syrup in his grape soda. Being young and dumb and in a culture that celebrated the use, I tried it. From there came alcohol and marijuana use during high school. As I ended my high school career, cocaine was introduced to my life. It grabbed me like nothing ever did or has done since.

I wasn’t always an everyday user. I was a binge user of drugs. For years, I’d go months without touching anything other than a beer before falling into a month’s worth of self-destruction. Even after legal troubles and pleas from my family and friends, I couldn’t stop. I was a functioning drug addict, so it never dawned on me that I had a real problem. I graduated college, got a job in sports and continued that job without anyone knowing other than my boss. The fact that I could stop for months, even years at one point, at a time convinced me it wasn’t an addiction. “Only people who do this every day are addicted,” I thought. “I have a full-time job, an education, a girlfriend and an apartment. I’m not a crack head or anything.”

Most people in this world can have a beer with their friends in a responsible manner. Smith has proven throughout his NFL career that he is not one of those people. My issue was never alcohol, but when my friends experimented with substances in college, it didn’t become their lifestyle. They weren’t consumed by the next high. It was simply something to do, to try, to regret. It became more than that for me, and I lied to myself about it for years despite evidence directly in front of my eyes.

No one is asking anyone to forgive Smith or push this under the rug. I’m not even here to tell you he should avoid jail time or get court-enforced rehab. It may save his life. I won’t even go as far as saying he deserves another chance if he gets straight. That is for his possible employers to decide.

All I’m asking is that you try and understand. Maybe Smith is simply immature and doesn’t care. Maybe his issues have nothing to do with addiction. There are bad apples everywhere. But, as someone who dealt with my own problems in the shadows and didn’t see my name plastered on television after each one of my mistakes, I hope Smith’s latest issue opens up a dialogue about addiction because the disease doesn’t discriminate. It doesn’t care if you’re rich, if you’re good-looking, if you’re talented or if you grew up with the right support system. Addiction can bring down the best of people.

Open your heart. Open your mind. Allow for education and understanding. It is easy to make a joke from behind a keyboard, but for some of us it will never be funny. And, for me, I hope Aldon Smith gets the help and support he needs to turn his life around, even if he never sacks another quarterback.

Aldon Smith, Addiction And The Importance Of Empathy 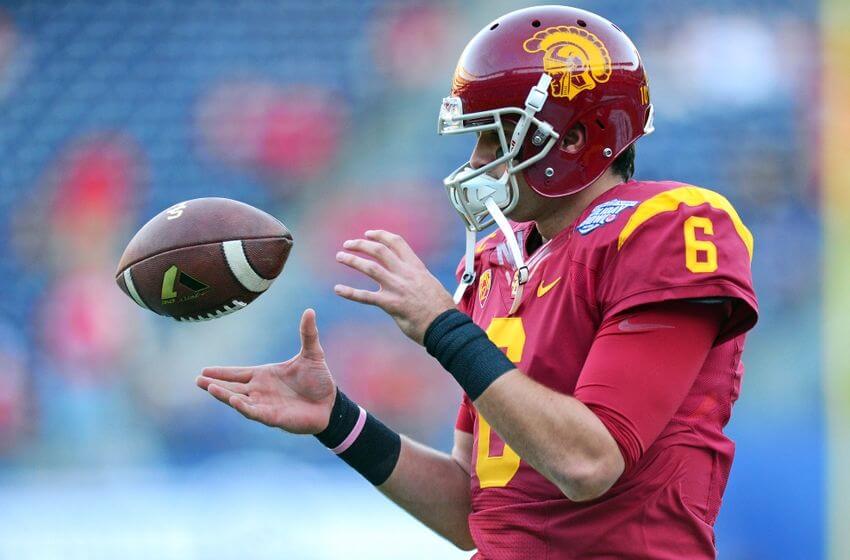