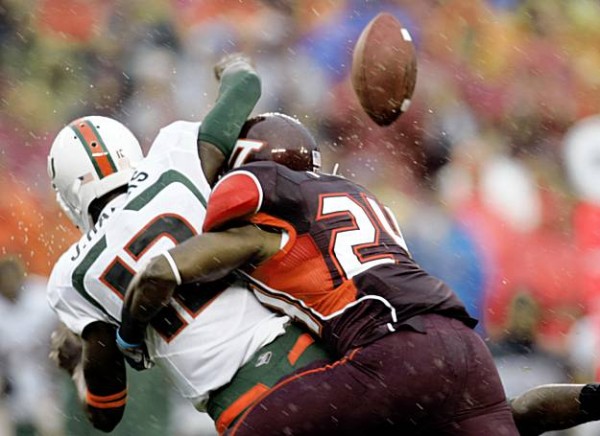 When the fantastic man who runs this site asked if something could be written about the ACC and their football situation, something ran through my mind.

Georgia Tech runs the triple option. Boston College is a dumpster fire. Maryland’s dumpster fire may be even bigger.

UVa has hope and promise, yet will never make a splash on the national scene. Virginia Tech (my alma mater) can’t seem to win a big game. Clemson beat them easily twice this season, then gave up 70 points in the Orange Bowl.

UNC has had top-level talent recently, but they have faced a scandal of their own.

It’s bad. And it’s going to stay that way. In the NCAA football landscape, it’s no secret that the SEC reigns supreme. They have big money from boosters, great facilities, fantastic coaches, and fertile recruiting ground. The likes of the Big 12 and Big 10 can barely keep up, and for the most part they’re football schools.

If pressed on the subject, the ACC may have four football schools in total. They added Pittsburgh and Syracuse to the mix for the future. It’s no surprise that both schools have excellent basketball programs and mediocre football programs.

That’s par for the course; they’ll fit right in.

As it is, the ACC may find a fantastic blend of experience, a superstar, a solid recruiting class, and a favorable schedule for one of their teams. If they can find that, they may have a team on their hands that can go out and compete at the top level for a top prize.

But, as the climate of college football has dictated recently, that mix will have to overcome the big bad bullies of the SEC, who continually reload. Florida State used to reload. Miami used to reload. Those days are long gone.

And the days of taking the ACC seriously are gone with them.

For someone with a vested interest in the conference and the team in orange and maroon, paying attention is a prerequisite. For everyone else, they can wait until basketball season to tune in.

2 Replies to “ACC Football Has Officially Curled Up and Died”

ACC Football Has Officially Curled Up and Died