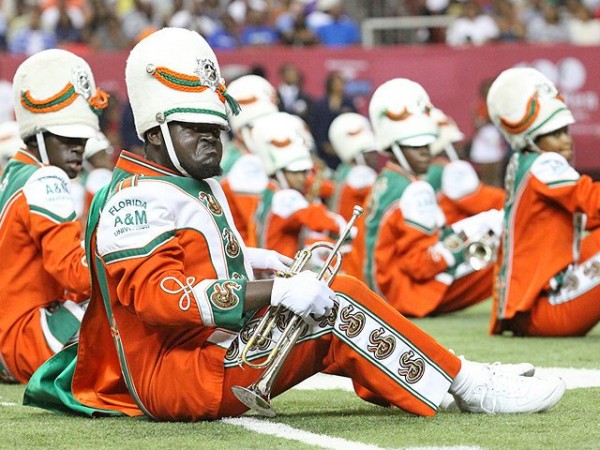 A few years ago, I paid tribute to the HBCU homecoming, but I don’t think I gave it its proper due. In case you haven’t noticed, it's fall and it's football season for all professional, college and high school teams in the United States. That means one thing to me, personally, as a person who attended a HBCU: it’s homecoming time.

Sure, many colleges have homecomings; however, an HBCU homecoming can be a little bit different than most. That is not to say that predominantly white colleges don’t know how to throw a good homecoming, but for the HBCU, homecoming is like a family reunion weekend. The memories that I personally have from attending a HBCU cannot be matched. Let me explain in detail below.

The HBCU homecoming week starts with a bang and finishes with a KABOOM. Yeah, it’s all about your team, but the week itself is second-to-none.

The week starts with the Coronation Reception. For those of you who don’t know what that is, it’s the celebration of the King and Queen of the homecoming weekend. This usually takes place on the Sunday before homecoming begins. It’s usually semi-formal giving the men and women of the school a chance to dress up and show off those hot bodies in their after 5 wear.

Then that Monday, you have to do something to get your mind right before going into a week of sin and sex. That means one thing and one thing only...

...you got it, the Gospel Concert.

Your campus will usually invite big names like Kirk Franklin, Levert, or Mary Mary in to perform and to help spiritually cleanse yourself for the week. They usually get people out there to attend and they usually help cleanse the soul before the major festivities begin. Believe me when I tell you that you will need you soul cleansed. I don't care who you are; there is going to be temptation all around you the entire weekend.

Tuesday is when things start to head in the direction of hope. The Homecoming Fashion Show starts, and that’s when you start to notice women and men on campus that you haven’t really seen in the light of day. The women appear more beautiful than ever and that quiet shy sister in your class takes on a sassy new strut that makes you want to take her to your room and introduce her to Jim Stone. You may not know who Jim Stone is, but believe me if you ever meet him, you will never forget. The fashion show is all about the look and the confidence. Several women may possess the ability to work it in the cafeteria, but very few can work it on the runway.

Wednesday, things start to get a little wilder as you start to see the freshman football team players with shaved heads, so the old heads will know who they are when they come to visit. Later that night, you get a pure comedy show that will have you laughing into the wee hours of the morning. It's usually it’s the likes of Earthquake, Kevin Hart, or Cedric The Entertainer.

Thursday is when it all gets serious. There is nothing like the anticipation as schools get on social media and start their trash-talking. It's Homecoming Week, so anything goes. The shenanigans start to take place, which means alumni vs. current student body in softball, basketball, and flag football. It gets serious as the old school playa has his or her family in attendance, and they don’t want to look bad in front of the children.  These games usually end with a lesson being taught to the current students as the alumni almost always win. 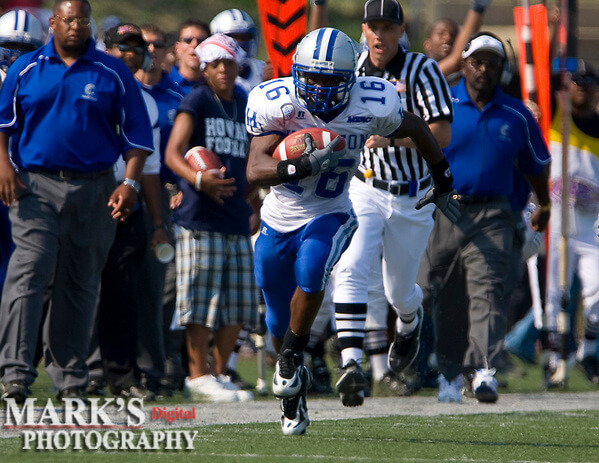 Come Friday, you can pull out all the stops. Friday, it’s on. You have more friends and family at the site of the game and everyone is looking for something to do. That means Friday night can never end. Friday is pivotal, because it sets the tone for the weekend, so the best way to get everyone up for the events is to allow the fraternities and sororities to showcase their stepping ability.

Friday also means the two words that get everyone under the age of 25 excited. PRE – DAWN. Pre-dawn parties mean just that. We start at night and we party until the sun comes up. There is going to be nothing but music in your ear all night long. Oh, ladies, don’t bother wearing dressy shoes, because you will be barefoot on the dance floor by 3am.

Saturday is when the only real festivities that matter occur. It’s all about your organization. It all starts with the homecoming parade. You are probably going to be so tired that you will need to lean on someone, especially if you did the party the night before. I remember times when I slept on the curb waiting for the festivities to end. Black college homecomings bring the best of the best into town. They usually invite high schools in to help in the pageantry, especially if they are predominantly black high schools. You usually see kids and parents for as far as the eyes can see on that Saturday morning.

No need to run to a local restaurant; you may as well head on to the stadium. There will be more food cooking than you can eat, and more beer than you can drink right over there. Chances are someone will be cooking that you know, so make sure you have a bottle of something to contribute, and they will welcome you in with open arms.

Try going to an HBCU homecoming without any extra bottles to pass around and you might just get left wanting a piece of someone’s steak instead of having all of the steak that you can eat. Mixing and mingling with your friends is what makes this so epic. You see people and how much they have changed or how much they have stayed the same. You always run into someone who makes you want to change how you look and, other times, you see people who make you happy that you look the way you do. Regardless, good times will be had.

For most of the locals and the young people in attendance, they will be ready for the battle of the bands at halftime. For the avid tailgater, there is no need to grab anything to eat or drink at halftime; use this time to start drying out. I say this to you in a genuine manner, because after the game, there are more festivities to attend and you are going to want to reintroduce yourself to some familiar faces, and you want to see what they really look like before the beer goggles go on.

You still have to make it to the homecoming concert and most schools are going to have a cabaret, so you can get dressed up one more time and say hello and goodbye to all of your friends who are in town. That is usually held at a hotel and there is usually trouble before it even starts. However, if you have a free pass and time to attend, it is the place to be.

There is nothing like an HBCU homecoming. If you haven’t experienced one, you don’t have a clue what you are missing.

Oh, and I almost forgot. There is always going to be a Sunday church service to attend the following morning. You are probably going to smell of alcohol, but trust me, you will not be alone.

9 Replies to “A Football Fan's Guide To A HBCU Homecoming”