When those four teams were announced as the final contestants in the 2014 College Football Playoff, the internet collectively either lost its damned mind or celebrated in sheer joy. Did the committee get it right? Were they absurd for their rankings from weeks prior? Is the committee nothing but a sham? All questions are valid, and as of now no one really has the answers. (Sway.)

Here at the TSFJ offices, we decided to reflect and think about a few things we're pretty sure we now know with the announcement of the Final Four. Can it eclipse March Madness? We don't know yet, but we'll definitely be tuned in to see what the committee has produced for the people to witness. 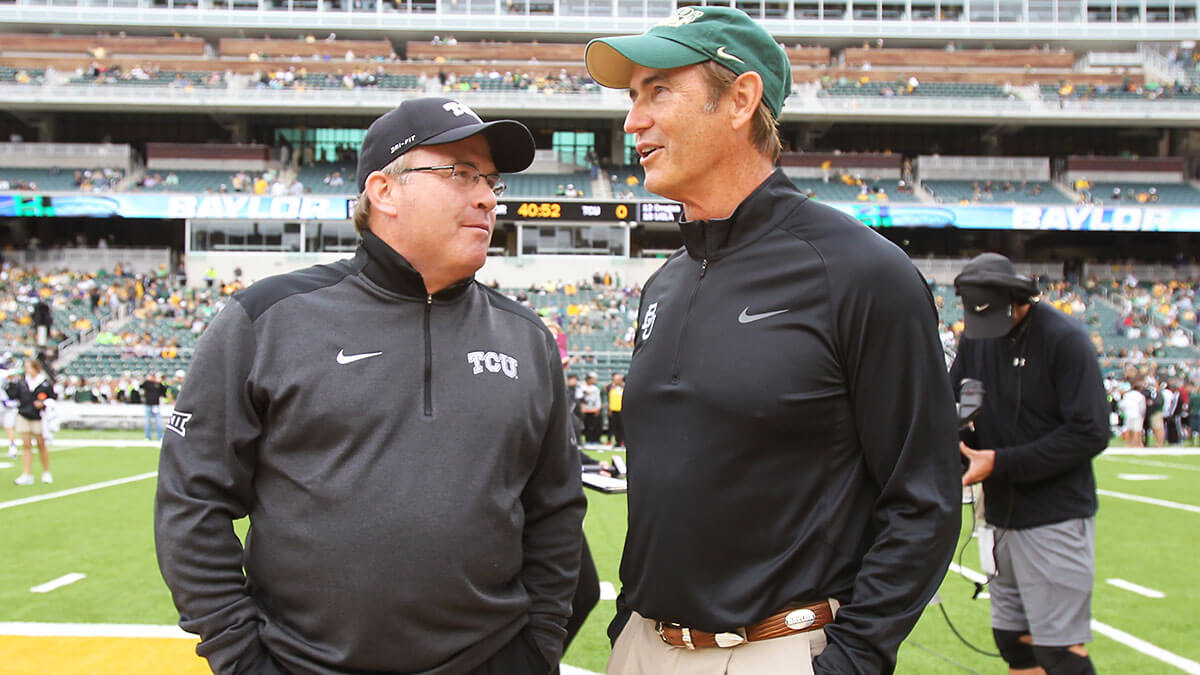 I'm not going to be the one to try and explain how a team like TCU could go from #3 to #6 in the eyes of the committee. Moreover, I'm not going to be the one to try and explain why Baylor should or should not be ranked ahead of TCU because of a head-to-head victory. What I am going to explain is how the Big 12 just might need to kick-start its reclamation project by getting 12 teams into the conference. I mean, isn't absurd that we have a conference that calls itself the Big 12 with just 10 teams in it? Moreover, isn't it absurd that the Big Ten has FOURTEEN teams in it? No team that is in a conference that can't count should be allowed to win a national championship. Do you know what that means? Ohio State has no chance in hell of winning the title this year. (Sorry, JAG.)

Someone do us all a favor and get Big 12 commissioner Bob Bowlsby on the line and tell him to sign up BYU + a university that resides in a major city between the Rocky Mountains and the Atlantic Ocean (Tulane, Memphis, Cincinnati, Houston, USF) and get them into the conference ASAP-tually. — Ed 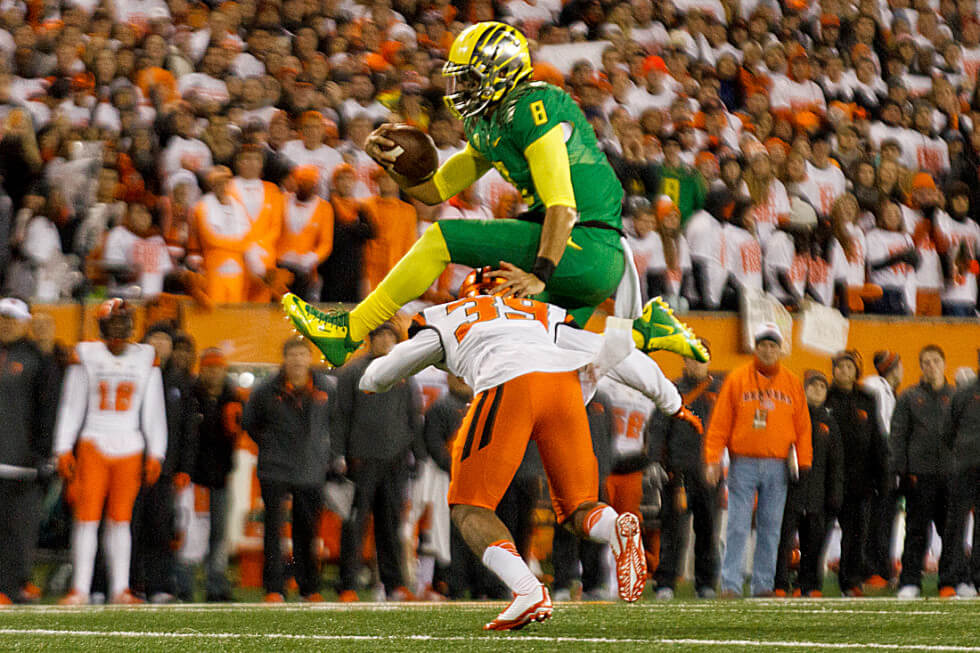 Marcus Mariota's chance to shine in the bright lights

The best part of this college football playoff is everybody getting to see more Oregon and Marcus Mariota.

A lot of Oregon's games come late because they're on around 10 p.m. East Coast time on ESPN, minus a few, like the Michigan State game this year. It's hard to stay up and watch some of these when you're on the East Coast, like this writer, because after three full games, Oregon mollywhopping some poor PAC-12 team that can't play defense is just what you need to fall asleep. I'd watch until Oregon had a big enough lead, usually before half, then snooze through the rest of it.

There will be no sleep in the Ducks' first playoff game. Florida State has been the strangest team to watch over the last two years. The Seminoles dragged every team they played last year except Auburn in the National Championship Game. And after that game, they seemed to steal Auburn's lucky streak from last year and bring it into this year — winning a ton of close games late.

After that? Who knows. You'd think Oregon's passing game would match up well against Alabama's secondary that just could not restock after sending pro after pro after pro to the draft the last few years. If Ohio State makes it — a big ask for the Buckeyes, who have struggled lately against SEC schools — Oregon would roll them.

But if Oregon gets two games in the college football playoffs, we're all winners. — Carden 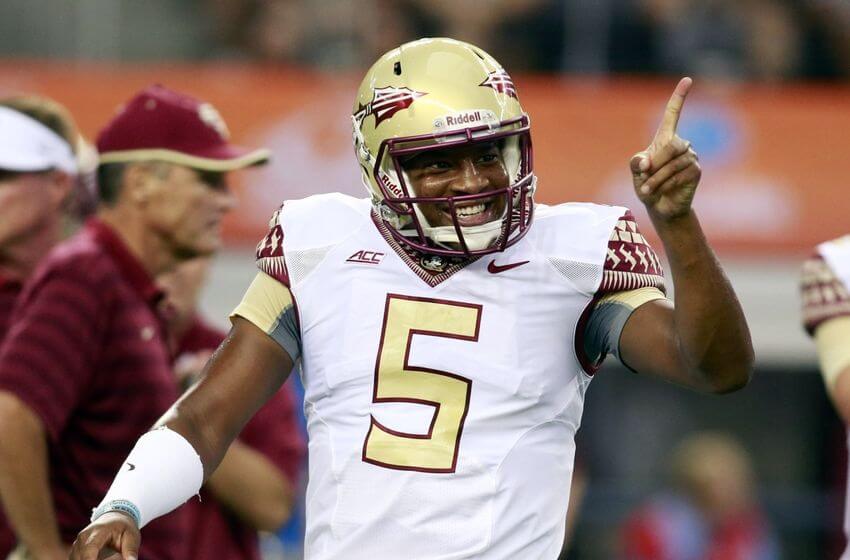 What Famous Jameis did in 2013 was nothing short of incredible. A redshirt freshman found a way to not only duplicate the Heisman Trophy effort of Johnny Manziel, but also found a way to lead his Florida State Seminoles to a national championship in breathtaking fashion. A big throw here, a big run there and with a joyously confident smile on his face, Winston captivated a nation as a 19-year-old dual-sport athlete.

We're all in the nest, right? We can tell the truth, right? Man, this Florida State team doesn't look worth a damn at all. The 'Noles lost so much talent to the NFL in the draft last season that I truly only knew about five players' names on the roster coming into the year. Plus, with all of the turbulence Winston's trying to navigate, it seemed that it would only be a matter of time until the Seminoles would lose. Then the Seminoles transformed into Zombies, and FSU has refused to die. Even when Winston plays mediocre, he still finds a way to make plays and eke out more victories.

If Winston does it two more times in the College Football Playoff, we'll all be hard-pressed to say that Winston isn't one of college football's all-time greatest winners. — Ed 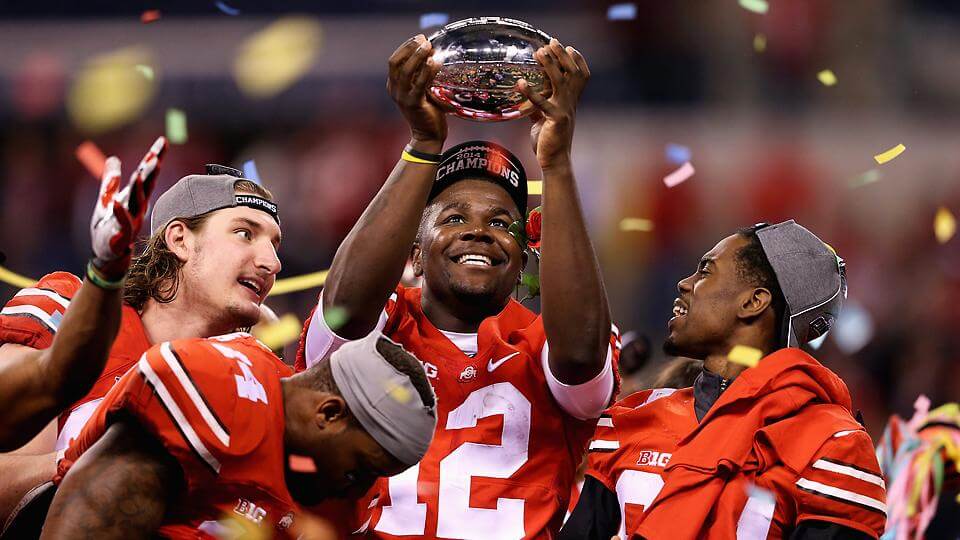 The committee self-corrects its absurdity … kind of

How does a team take care of business to the tune of a 55-3 drubbing in its final game and still manage to drop three spots in the most important rankings? When the NCAA is involved, of course.

The college football playoff was supposed to eradicate many of the issues the BCS supposedly created, but here we are with yet another clusterfuck of a situation. Repeatedly, we heard that the committee in charge of picking college football's final four looked at things on a week-to-week basis and that what you do in the present matters most. That had the Texas Christian Horned Frogs and their impressive one-loss record heading into this past weekend as the third of the four playoff teams. Then they went out and pummeled Iowa State 55-3 … and dropped all the way to sixth, being supplanted in the top four by Ohio State.

How did this happen? Surely the Buckeyes' 59-0 destruction of Wisconsin and Heisman candidate Melvin Gordon played a role, but the real reason is obvious: The committee couldn't live with itself putting a one-loss TCU in the playoff over a one-loss Baylor team that not only defeated 11th-ranked Kansas State by double digits this past weekend, but also happened to beat TCU 61-58 earlier in the year. It made no sense that the Horned Frogs were ahead of the Bears to begin with, so when the Buckeyes put on a show in the B1G championship game, it let the committee off the hook. Even though it still makes no sense at all, not the fact that TCU was ahead of Baylor to begin with or that TCU managed to drop three places despite handling its business authoritatively. But that's college football for you. Anytime you have the NCAA involved, nothing will make sense, because the NCAA is about making dollars, not sense. — The Rev 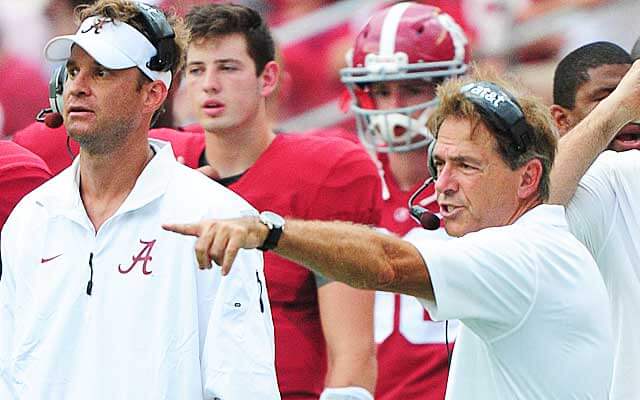 The Lane Kiffin redemption project is almost complete in Tuscaloosa

The fact that Lane Kiffin has been able to step back into SEC country and has lived to tell about it is incredible. The fact that the coach and the team that welcomed him back into the conference were Nick Saban and the Alabama Crimson Tide is mind-blowing. As it stands, Saban's miracle act of taking a running back and converting him into a possible national championship-winning quarterback means that we must give a ton of credit to Kiffin. Kiffin's tenure as offensive coordinator has been phenomenal, as the countless moments of sheer jubilation from Kiffin were matched equally by constipated looks by Saban. Here's the scariest thing about all of this. If Kiffin finds a way to coax Alabama's offense into two more victories, then we could see the man in a very familiar position again ...

... Kiffin will be one of the most desired head coaches for another high-profile gig. Because Kiffin hasn't had enough great jobs in his career already. — Ed 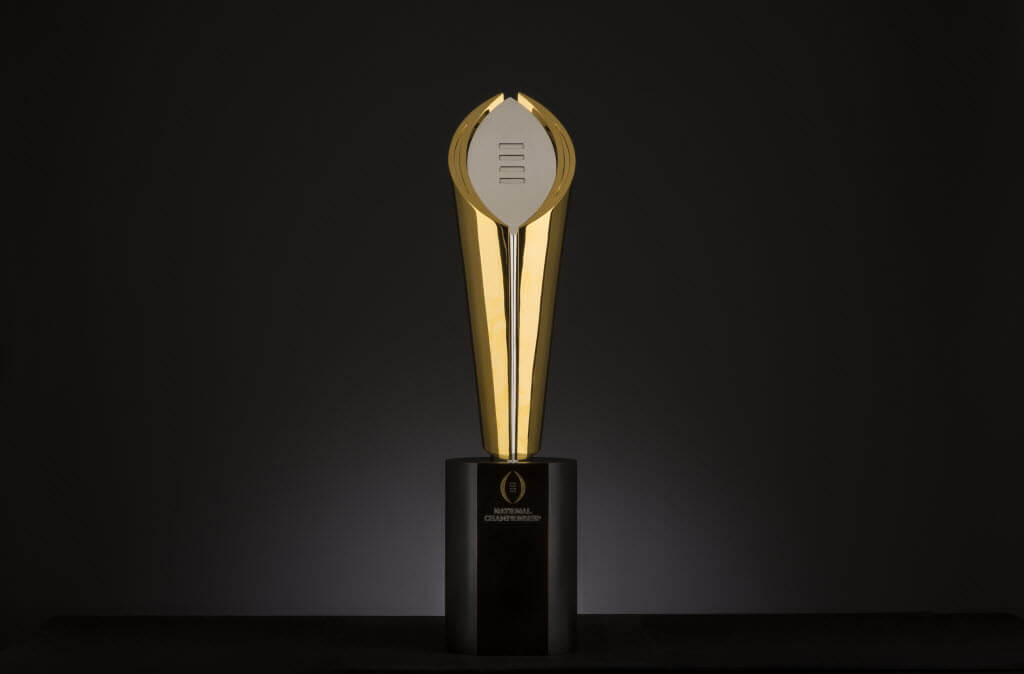 Outside the context of the College Football Selection Committee's season long rankings, I have no problem with Ohio State entering the playoffs as the fourth seed. Given those rankings, though, the Buckeyes' inclusion over Baylor and TCU makes little sense.

Last week, the selection committee ranked TCU as the third best team in the country, ahead of Florida State, Baylor, and Ohio State. The Horned Frogs pounded Iowa State 55-3 at home to cap an 11-1 regular season. The Cyclones were pushovers as most everyone predicted they would be. But TCU did all it could to leave the committee with one last statement win and it delivered.

For that win, the Horned Frogs were robbed of the chance to play for a national title. Baylor, the team that gave TCU its lone loss, also found itself on the outside looking despite a 38-27 win over a very good Kansas State club.

I do think Ohio State's 59-0 shellacking of Wisconsin in the Big 10 title game is a more impressive victory than either the Horned Frogs' or the Bears'. The Buckeyes might be a better team but the committee didn't think so all season, and rightfully so.

Ohio State lost at home to Virginia Tech, by far the worst loss sustained by any of the top six teams. Some will say that this is a different Buckeyes team than the one that suited up in September. True. By the same logic, the Hokies got better as well.

Then there's the notion that the Big 12 got punished for not having a championship game. What, were Baylor and TCU supposed to play each other again? In fact, Kansas State, ranked higher than Wisconsin mind you, would have likely been the representative of the Big 12 North if it still existed. The Bears took care of them. So too, did the Horned Frogs.

The College Football Playoff was supposed to rid the sport of the controversies that defined the BCS. It may have invited more. Did the committee choose Ohio State over two private Texas universities because the Buckeyes would promise more ratings and more money? We can't throw that away.

One thing could have saved us all from the character attacks and the suggestion of ulterior motives: Sunday should have been the first time we saw any of the rankings. If that were the case, I'd say the committee got it just about right. -- Dillon