The college football bowl season is upon us and while everyone is looking forward to the second year of College Football Playoff games on New Year’s Eve, there are several buried treasure matchups sandwiching the final four. Here are five bowl games you didn’t know you needed to watch.

No. 24 Temple and Toledo have big shoes to fill, after the inaugural Boca Raton Bowl, where a 12-1 Marshall defeated Northern Illinois 52-23. You may remember the Owls from their 10-3 season – only the second time in school history the program has reached 10 wins. Or perhaps you remember the school’s first-ever College Game Day appearance. If not, you must remember them beating Penn State for the first time since World War II. The Owls have been lead by their defense, which allowed under 20 points per game and less than five yards per play this season.

Toledo, on the other hand, rocketed to a 7-0 start but then crawled to a 2-4 finish after that when head coach Matt Campbell decided to leave for the Iowa State job after the regular season. Offensive coordinator-turned-head coach Jason Candle will capitalize on Toledo’s 35.3 points per game scoring offense and its two 800-yard running backs, Kareem Hunt and Terry Swanson.

The great thing about this bowl game, besides the matchup, is the fact that the game benefits the United Service Organizations with a six-figure donation as well as thousands of tickets donated to military personnel and families. A bowl that gives back. The matchup is exciting as well, especially if you like games that don’t drag on.

This will be the 40th meeting between Pitt and Navy – and first bowl matchup – in a series that dates back to 1912. The Panthers lead the series, 22-14-3. The biggest draw for this game: Navy quarterback Keenan Reynolds and the Midshipmen’s triple option offense.

But their defense has also held bowl-bound teams like Air Force, South Florida, Tulsa and Memphis to 21 points or fewer, so expect a balanced fight from the Midshipmen. On the Panthers' side of the ball, watch receiver Tyler Boyd, who finished second in the ACC in all-purpose yards. While Pitt’s offense committed only 13 turnovers, the defense ran the show, finishing in the top 30 in total defense, rushing defense, tackles for a loss and sacks. Should be fun to watch them attempt jam up Reynolds.

Fans of offense will rejoice in this matchup. Or will they? Tenth-ranked North Carolina averages 40.9 points per game, No. 18 Baylor averages 48.3 points per game. Against Power 5 opponents, the Tar Heels offense averages nearly 20 fewer points per game away from home (31.5) as it does when playing at Kenan Memorial Stadium (49.8). A Seth Russell-less Baylor struggled over the final two games as well – with third-string quarterback Chris Johnson and fourth-string signal-caller Lynx Hawthorne, the Bears averaged 19 points per game, which ranked 96th over the final two weeks. They were 101st in points per drive (1.15) and 93rd in touchdown drive percentage (15). Their yards per play dipped to 4.31, ranking No. 104 nationally. 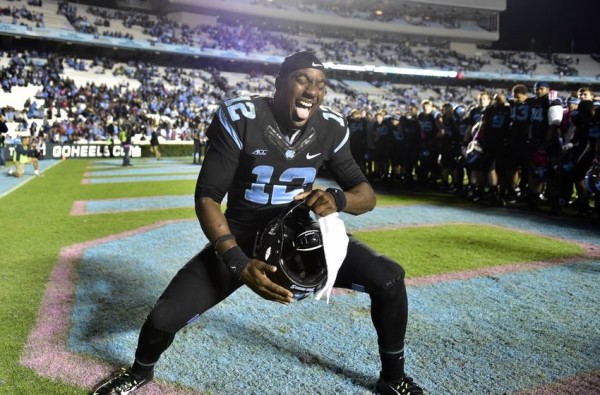 The Tar Heels have a chance to set a program single-season record with 12 victories and capture the program’s first top-10 finish nationally in nearly two decades. North Carolina (11-2) is coming off a 45-37 loss to No. 1 Clemson in the ACC title game, denying them the program's first ACC title since 1980. But the 2015 Tar Heels are only the fourth team in the program's long history to reach 11 wins, the second to go 7-0 at home and the first to put together an 8-0 record in ACC regular-season play.

Another bowl game where history could be made. The 13th-ranked Northwestern Wildcats have recorded a 10-win season for just the fourth time in its 125-year plus football history. Northwestern nas never won more than 10 games – ever. A win against No. 23 Tennessee in the Outback bowl would give the Wildcats the highest win total ever. So no pressure or anything.

But Northwestern will have to figure out a way to stop the Volunteers dual-threat quarterback Joshua Dobbs first. Dobbs has averaged 64.1 rushing yards per conference game – the most of any SEC quarterback. Luckily, the Wildcats have a dual-threat neutralizer in linebacker Anthony Walker, who recorded a season-high 19 tackles against Duke. Northwestern is ranked 14th nationally in stopping the run, which will come in handy against a Tennessee team that runs the ball 62 percent of the time.

While this game was probably already on your radar, it might seem strange to see two teams that boasted playoff predictions meeting in the Alamo Bowl, so just bear with us.

Despite the Ducks' struggles, they are one of the scariest teams to face – just ask most Pac-12 opponents. Oregon’s clock management game is strong and makes them a nightmare to defend; they score swiftly.

The Ducks are averaging 43.2 points per game, but allowing 36.8 PPG. Meanwhile, TCU is putting up 41.7 PPG while only giving up 26.1 PPG. The over/under is set at 74 points, the highest of any game this bowl season. Since Oregon quarterback Vernon Adams' return from injury, the Ducks are 6-0 with wins over Cal, Stanford and USC. The Horned Frogs suffered injuries this season as well, but quarterback Trevone Boykin should be healthy for the bowl game.