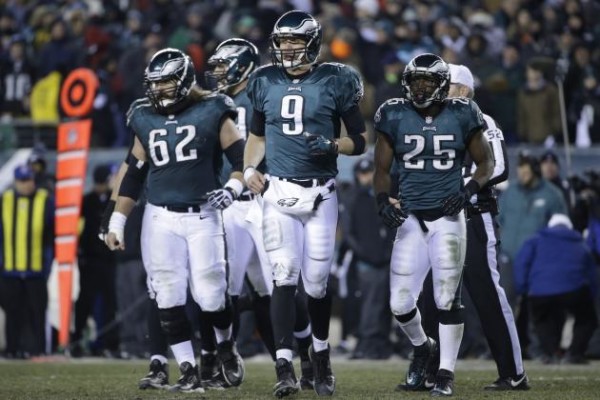 The start of every football season brings excitement and anticipation. This upcoming season is no different in Philadelphia, except that in addition to the excitement, there is a whole lot of hype.

The hype is coming from not only the die-hard Eagles fans in Philadelphia, but from the pundits and talking heads in the national media, most notably Cris Collinsworth, who said he is looking for the Philadelphia Eagles to play in the Super Bowl. On local sports-talk radio, you’d be hard-pressed to find anyone predicting less than 10 wins for the Eagles, some folks going as high as 12.

There is certainly reason to be excited. It is the second year for a new and innovative coach, who reinvigorated what had become one of the stalest regimes in any sport. The team has one of the most prolific offenses in the league, highlighted by one of the best running backs in the league. The defense should be improved, even if it’s just ever so slightly. And the team is coming off a division championship.

The Philadelphia Eagles appear poised to take the logical step forward, perhaps another 10-6 record or a slight improvement to 11-5, and a playoff win instead of a first-round exit.

I hate to be the wet blanket, but I just don’t see it. I still believe the team is going in the right direction, has many of the proper pieces in place, and I believe the Eagles will be extremely competitive over the next few years. But I also believe there is a strong possibility that they take a step back before taking that next step forward. Here’s why …

Last year, the Eagles played a last-place schedule following the 4-12 disaster in 2012. This year they play a division-champion schedule. They play at Aaron Rodgers and the Packers, at Andrew Luck and the Colts, and host Cam Newton and the Panthers. They also draw the NFC West this year, a division that just happens to include the Super Bowl Champion Seahawks, the NFC runner-up 49ers, a Cardinals team that missed the playoffs but went 10-6 last year (6-2 at home, where they happen to be playing the Eagles this year), and an improving Rams team. That is pretty brutal and doesn’t even account for the NFC East battles that always present a challenge regardless of who is up or down in the division.

Nick Foles will more than likely come back to Earth a bit. Last year, Foles had an incredible season and did an incredible job. Hopefully Foles will continue to grow as he gains experience and cements himself as the long-term answer at quarterback. It’s entirely possible that Foles has another outstanding season, but even if he does, it will be hard to match his 2013 marks of 27 touchdowns to only two interceptions. Even a small regression, say to four or five interceptions (an optimistic projection), could equate to an extra loss or two.

The Eagles will miss DeSean Jackson more than anyone is willing to admit. The Birds controversially let their star receiver walk during the offseason, despite the fact that he was coming off a career year. A large part of what Riley Cooper was able to accomplish last season was a result of the threat of LeSean McCoy in the backfield and DeSean being lined up opposite him. DeSean’s size is a problem, but his speed is rare and something you can’t teach. His vertical threat was something that defenses had to account for on every play, and the Eagles offense will lack that element this season.

Also, anyone who thinks DeSean is a one-trick pony is mistaken. Of his 82 catches last season, only 25 were for 20+ yards, while a whopping 60 of them went for first downs. So no, DeSean wasn’t just running fly routes all game long.

Further exacerbating the loss of Jackson is the developing depth issues at wide receiver. Riley Cooper has already missed the first preseason game and has been in a walking boot as he nurses an ankle injury. Jeremy Maclin, though he appears mostly healthy, is coming off a major knee injury and left practice yesterday with a tweaked hamstring. After those two, you are looking at Arrelious Benn, who has been hurt for two straight seasons, two rookies and then a bunch of no-names. If Maclin and Cooper stay healthy, it becomes a non-issue, but that’s a big if at this point.

Finally, last season the Eagles got a lot of breaks. They played the Packers without Aaron Rodgers. They played the Lions in a snowstorm. They played the Cowboys without Tony Romo. It was a season in which a lot of the little things fell the Eagles’ way, and that is something you just can’t count on happening again. There is some truth in the adage that you create your own luck, but that only goes so far.

I honestly believe this team is heading the right direction and that Eagles fans have a lot to look forward to, but I also believe that the majority of the fan base is set up for a major disappointment in 2014. Sports are unpredictable. There are injuries, weather factors, unforeseen breakout performers, miraculous plays stealing victory from the jaws of defeat, and so much more unpredictability. That’s part of what makes it so much fun to watch.

But predictions and prognosticating are also part of the fun, and as I look at the Eagles season, I just don’t see it like the majority of people. As a fan I hope I am wrong, but I am tempering my expectations despite the hype surrounding the season.

3 Replies to “The 2014 Philadelphia Eagles: Don't Believe The Hype”