Fans across the world outside New England and New York exhaled a sigh of relief as an all-Harbaugh Super Bowl was signed, sealed, and delivered Sunday.

In the AFC Championship, it was John’s Baltimore Ravens who found their way to the promised land. Baltimore survived one of Tom Brady’s best played games and a lackluster performance from Joe Flacco to punch their ticket to Indianapolis.

As the Ravens struggled to hang in the game, they rallied for one last drive. Overcoming Flacco’s shortcomings, Baltimore drove down the field and within field goal range down 23-20.

Despite having sure-footed kicker Billy Cundiff on the sideline warming up for a chance to tie the game, the Ravens went for the win. With the luxury of having one of the game’s best clutch kickers on the team, Baltimore could afford to go for it all.

On another misguided Flacco pass, veteran wide receiver Lee Evans made sure the faithful in purple and black didn’t go into the offseason disappointed. 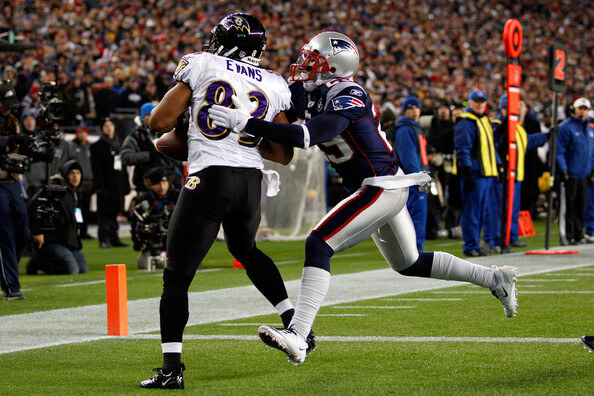 Evans made an unbelievably gutty catch in the end zone to seal the Patriots fate. Evans made sure he did all he could do to propel his team to victory. His effort to catch and secure the ball through any and all obstacles was marvelous to watch.

Although the catch was obviously a touchdown, officials went to the monitor and reviewed the fantastic grab. All scoring plays must be reviewed in the NFL, and the result was expected: The Ravens were going to the Super Bowl.

The grab was a sigh of relief for the AFC North champs as they finally got back to the big game.

With one half of the Harbaugh equation written in stone, it was up to Jim to lead his troops past the New York Giants.

Candlestick Park, which is known for its fantastic lighting, was full of fans waiting to see the Niners first trip to the Super Bowl since 1995.

In perfect weather conditions, the two teams played one of the most thrilling offensive games of the season. The high-yardage filled game was a welcome scene in the very same stadium where a week before, the New Orleans Saints and Niners were locked in a defensive struggle.

As the game came down to the fourth quarter, Alex Smith showed why he was the first pick in the 2005 draft. Smith hit receiver after receiver and was nearly perfect towards the game’s end. When his team needed him most on third downs, he carved up the Giants secondary.

On defense, safety Dashon Goldson demonstrated his faith in his teammates by twice leaving them to intercept passes by themselves. His fellow secondary mates visibly appreciated his unselfishness during the game’s most important defensive moments. 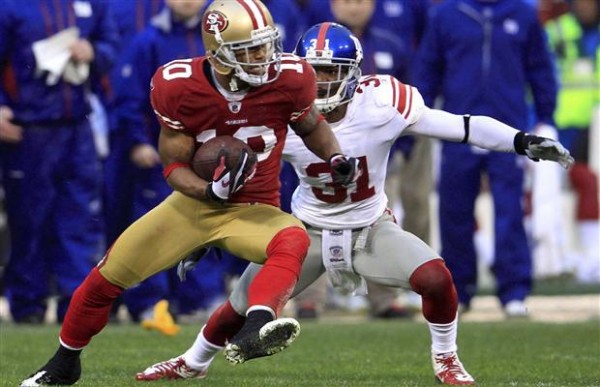 Despite Smith’s stellar play, the Niners found themselves in overtime with the Giants. Then, it was the fantastic punt returning of Kyle Williams that gave San Francisco the boost they needed to claim the NFC crown.

Williams’ play wasn’t surprising to anyone who has watched the NFC’s number two seed this season. As the team’s only punt returner all season, Williams’ smart plays and sure-handed grabs have been a benchmark during San Francisco’s magical season.

It was only fitting that the young man put his team in the Super Bowl Sunday night as those in Candlestick Park celebrated all night. Some even sent him heartfelt thanks via Twitter.

5 Replies to “The Conference Championships That Weren’t”