Much of the discussion in the pop culture world today centers around Drake, as it’s been for the past two weeks now. His highly anticipated third album, Nothing Was The Same, officially hits shelves and is expected to sell more copies in its first week than any album not associated with a fancy Samsung package deal. I’ll more than likely end up heading to Best Buy at some point to purchase the LP because (along with Foreign Exchange’s Love In Flying Colors), while this may get me tarred and feathered in some  circles, NWTS is a quality piece of work showcasing his expanding talents as a rapper and overall entertainer.

Yet, while Aubrey’s compilation will undoubtedly dominate the social media world we live in, try not to forget about The Program. Twenty years ago today the film hit theaters, becoming one of the most storied sports films ever. Unfortunately, no “Where Are They Now?”-type interview with James Caan, Omar Epps and Halle Berry exists in the words posted here. I had no clue the film was celebrating its 20th birthday today until last week when aimlessly surfing the ‘Net led to its IMDb page.

This also isn’t a deep psychoanalysis of how the problems of Eastern State University coincide with the ills of collegiate sports. Nope. What we have here are 20 random thoughts about the legacy of The Program. Some make sense, a lot don’t, but like watching the movie itself, you’ll hopefully learn a little bit about yourself in the process. Or not.

1. Halle Berry’s Near Unforgivable Sin. To this day, Nia Long choosing not to marry Will Smith — at the damn altar! — on Fresh Prince still doesn’t sit right. And I love Nia Long. She’s beautiful. She’s a quality actress, and despite her shading Kendrick Lamar, seems like a down-to-earth, around-the-way girl. Yet, her decision not to marry Will has forever tainted her in my eyes and skewed my view of relationships and marriage for years (OK, not really). Halle nearly did the same thing of sorts when she allowed her pops to play Omar Epps to the left following a game. Luckily, she redeemed herself by settling down with Omar and lived happily ever after. Or at least until he began sleeping with every sorority girl on campus.

2. The Omar Epps Run. Speaking of Omar, check out his lineage of movies from 1992-2000: Juice, The Program, Major League II, Higher Learning, Don’t Be A Menace To South Central While Drinking Your Juice In The Hood, 10 episodes of ER, Scream 2, The Wood, In Too Deep and Love & Basketball. Judging from that list, at least seven classics are present (you be the judge which ones are), and his long-standing role as Dr. Eric Foreman on House wasn’t counted because it occurred after 2000. This makes Epps one of the most underrated actors of his era, right? Well, even if he isn’t, it sounds like a great conversation starter anyway.

3. Joe Kane Was A Badass. The guy wanted to win, but at the end of the day he was just a kid wanting to please his dad who was so deep into a battle with alcoholism that it commanded every aspect of his life (and thus ruined what little good will he had with Joe). Kane was adored by his teammates, a gunslinger, ladies man and one of the country’s finest quarterbacks who gave two shits about winning the Heisman. To cope with his demons, he rode his motorcycle, drank a lot of beer and threw people through glass in random bar fights. In other words, he was mixture between Brett Favre, Stone Cold Steve Austin and Charles Barkley.

5. Ray Griffen Was A Douche. Remember how Leonard Roberts did everything in his power to make life a living hell for Nick Cannon in Drumline, largely because of a defense mechanism due to him feeling threatened? Same thing happened in The Program with Ray Griffen (real name Leon Pridgen). He became Pretty Tony to Darnell’s Goldie and by the end of the movie had lost not only his girlfriend, Autumn (Berry), to the freshman prodigy, but his starting tailback position, too. The big difference is Roberts became more of an endearing figure as Drumline went along. Griffen, not so much.

6. Two Dudes Riding On A Motorcycle Together Was Acceptable. My buddy Max who lives in Harlem has a motorcycle. A nice one, at that. But never in a million years would I ask to ride on the motorcycle with him. I’m a grown man with my own bills, and the last thing I would think twice about doing is holding him around his waist while I prayed we didn’t crash. You know what though? Joe Kane and Darnell did it when they went to the local bar at the beginning of the movie and nothing seemed awkward whatsoever. The lesson in all this? Two dudes on a motorcycle is unacceptable unless you’re a Heisman quarterback candidate and a five-star recruit at running back. And college bars are heavenly.

7. Alvin Mack’s Promise. Anyone who has never seen the movie can probably guess things aren’t going to end well for Alvin. He’s a freakishly talented linebacker who has all the pro potential in the world. The only detriment is the fact he’s not the most dedicated academic student-athlete in history (he read at a fourth-grade level). Handing the gold door knocker to his mother at the beginning of the movie with the promise she could use it for her new house once he turned pro is as gut-wrenching as his injury later in the movie.

8. Protect The Ball At All Costs. Darnell Jefferson could do everything a running back was supposed to do — block, catch out of the backfield, protect his quarterback during bar fights and cut on breakaway speed at the drop of a dime. His only issue was fumbling the ball. Coach Winters’ tactic of making him carry the ball all day and making sure it never left his possession was genius (and something that actually worked). Except for the one time he nearly lost the rock in history class resulting in all hell breaking loose.

David Wilson and the Giants should look into this. It can’t hurt.

9. Steve Lattimer Was F*cking Crazy. Lattimer gaining 35 pounds before his senior year so he could “get a place at the table” on the starting defensive unit was the first sign. He was the bizzaro Clay Matthews if Clay Matthews actually had a bizzaro type. He digested a faithful diet of HGH, deer antler spray and whatever popular steroid we’ve come to know in recent memory turning him into ESU’s version of wrestling’s Ultimate Warrior. He drove his head through multiple car windows. He damn near raped a girl because of ‘roid rage in what was by far the most uncomfortable scene. And he let another man spit in his mouth as a means to hype himself up for game day.

10. Steve Lattimer Was Leatherface. Yeah, no bullsh*t. Andrew Bryniarski — the guy who played Lattimer — eventually went on to play “Leatherface” in The Texas Chainsaw Massacre. If there was ever an appropriate career maturation, it’s this one.

THE BILLS ARE GOING TO THE AFC CHAMPIONSHIP ♨️

20 Random Thoughts About ‘The Program’ On Its 20th Anniversary 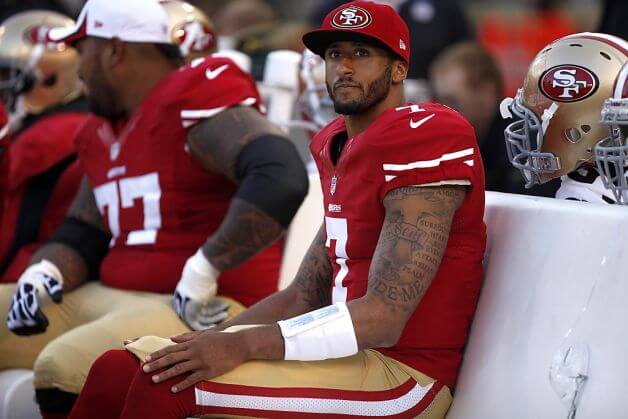 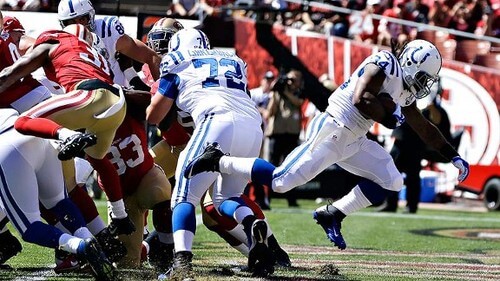