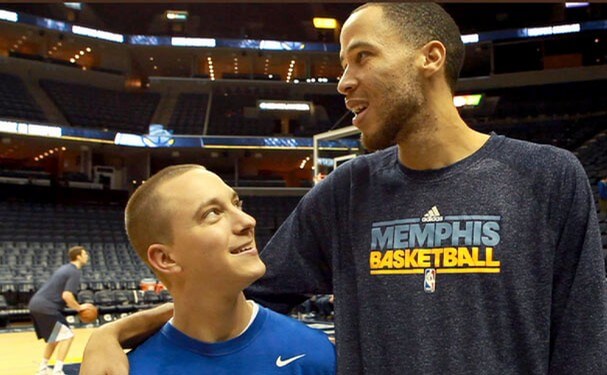 Like "The Hangover," yes, there’s a Part III to this. (If you missed the first two installments of TSFJ's "Player Loyalty Fan Debate" series, here's PART 1 and PART 2.)

Loyalties to a specific player go back to the days of Babe Ruth, whose home runs and off-field life attracted fans in unprecedented levels for a Yankees franchise that spent its first two decades in New York in the doldrums. Looking at superstars like LeBron James and Lionel Messi or veterans with links to past glory like Tayshaun Prince, the principle of player loyalty really hasn’t changed much.

For the understandable defense of the player-loyal fans by both Justin Tinsley and Alex Wong, there is a reality that teams must face when that magnetic player leaves. Do you stick by the franchise when the spotlight moves elsewhere?

Matt Whitener brought this up in the comments the other day, and it’s worth wondering how much this resonates with those who watched a beloved star or superstar leave a team.

I became a Bulls fan because of Jordan, and yeah I stuck around afterwards. Through the bad decade until D. Rose showed up and everything. I find that when your team goes bad, you tend to follow a competitor as well, just so that the Playoffs have some sort of relevancy to it and I followed a number of good teams as well. My interest in general in the NBA has waned some, but I still without fail answer to the call of being a Bulls fan.

Yet, I’ve never been a player first fan, because usually if you’re a player first fan, it’s a pretty damn good player. Which means that the low points of fanhood (such as 1999-2008 in Bulls ville). I don’t mind if you say you’ve become a fan of a team BECAUSE of a player, but abandoning that team after that player is gone is weak.

In ways that some don’t care to notice, the departure of the star or superstar – either by retirement, free agency or trade – can cause collateral damage for most franchises. Unless shrewd management works in concert with a mutually benefiting trading partner – á la the Carmelo Anthony trade – the team usually finds itself waiting for either the development of young talent to grow or the coincidence of cap space and the available franchise-changing free agent(s) or draft prospect(s).

That’s the future, where there’s no certainty if or when such chances will pay off. In the meantime, what’s a team to do? A large swath of the fan base disappears in the stands and in front of televisions. Resentment from loyal team fans becomes more obvious, as it was probably born when the player fans first showed up.

While the team may not like having so many empty seats, they present great economic opportunity for those who couldn’t afford to get in during the superstar-inspired sellouts. The team’s broadcaster begins to promote the future in earnest and adjusts the product to reflect the change. Yet, there’s still the matter of quality of the current product as loyal team fans wonder if the cheap ticket is worth it.

You can highlight the in-between years for several franchises. The post-Michael Jordan Chicago Bulls are probably the most famous example of this, although the insane amount of shade thrown towards Derrick Rose during the postseason may cause you to forget this. Other fan bases whose second coming actually arrived include the Pittsburgh Penguins, Chicago Blackhawks, New York Yankees to an extent (think late '70s until the mid '90s) and even the Green Bay Packers with the arrivals of Reggie White and Brett Favre in the early '90s.

Some teams have been built to survive the drought because the team’s history is so strong – the post-Triplets Dallas Cowboys, the “Curse”-era Boston Red Sox and the current St. Louis Cardinals are examples. Others aren’t so lucky. You get the Philadelphia 76ers offering some of the biggest family-friendly ticket packages in the NBA because of disillusionment in the post-Allen Iverson era. You get the Oakland Raiders, whose decade-plus descent has been well-chronicled after Jon Gruden was traded to Tampa Bay. You even get an historical example in the Cleveland Browns. Beyond the excitement of the 1980s, try to count the number of elders you know who claimed to be fans of the team as much or more than fans of Jim Brown.

The teams believe that in struggle, their fans will be rewarded handsomely when the sun shines upon them once again. Though he did so in a rather disgusting manner, Cleveland Cavaliers owner Dan Gilbert’s letter was intended to galvanize a fan base, if only against LeBron James when the Heat would come to town. He spoke to the deep-down anger and resignation that fans do feel when their heralded superstar leaves for greener pastures, real or perceived. Since the Cavs are our current entrant in this transition story, we shall see if Kyrie Irving and whomever may be this June’s lottery pick will reward the fans begging for better days.

If anything, fans that stick to the logo and history want to reward a team with their faith and trust. If the owner(s), management and coaches are aligned in their goals, the loss of the player will be easier to overcome.