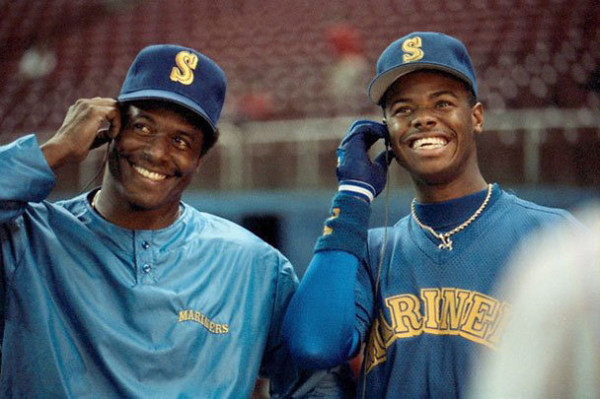 On the second floor of an old white barn on the property where I grew up and still live today, there’s a basketball court.

It’s half of a court, with a wooden floor that was pieced together by my father’s hands. He wanted my brother and me to have a place to practice and play. We could play at night there, and there was a space heater for the winter. If we wanted to shoot hoops, there was always a place to do it.

He wanted us to enjoy the sport whenever we felt the urge.

Like many other kids, my father was my biggest fan on the court. However, he didn’t discriminate with sports. When the leaves came back on the trees, he hit groundballs and helped manage my baseball teams. He gave me a pitch-back net for a birthday so I could practice fielding in the afternoon while he worked.

When his business required a road trip, he brought back gifts. A trip to Atlanta brought me a Braves hat and trading cards. I remember Mark Lemke’s card specifically. It’s a curious thing to remember anything about Mark Lemke specifically.

From Charlotte in 1994, there was a basketball commemorating the city’s hosting of the NCAA Final Four. A child’s ball, it bounced in the kitchen, although it was better suited for the barn.

The sports influence wasn’t because my father was an athlete. Growing up on a dairy farm kept that experience from him. He simply wanted me to enjoy myself, if for no other reason than his inability to do so.

For 11 years, I learned and played and he taught and coached. His pride was in seeing me succeed in something I enjoyed. My pride was in making him proud. There was no greater time spent than that with him in his truck on the way home from a diamond. I was covered in dirt as we talked about the game.

We listened to Virginia Tech football games on the radio in the fall. We went to high school basketball games in the winter. We watched college basketball in the spring. We saw Cal Ripken Jr. play in the summer.

There are times I remember vividly, such as the night he let me stay up to watch Cal break the streak because it was important. On the Monday after the NCAA field was announced, he’d bring home two Washington Post newspapers. We filled out our brackets. It was one of my favorite days of the year.

When Princeton beat UCLA on a backdoor cut, he laughed and cheered at the Tigers' ability to beat the defending champs playing old-man basketball. He was an old man, and it thrilled him. When Old Dominion and Villanova played their classic overtime game, I rooted for the Wildcats. He insisted I root for the Virginia school, not the school with cooler uniforms. My mother – who is from southeast Pennsylvania – snickered in the kitchen.

He spoke about a young prospect named Michael Vick in his last visit to his alma mater in Blacksburg. We watched Aaron Brooks lead an unbelievable comeback win for the hated in-state rival Cavaliers. My sister, brother-in-law and I were disappointed, but he kept remarking about Vick. Apparently, he said, the kid will be something special. We rolled our eyes.

I know he rooted for the Redskins and called my team the Filthydelphia Eagles. I know he would root for teams from below the Mason-Dixon Line 11 times out of 10 when they played opponents from up north. I know he met Joe Paterno in a restaurant and asked him about football. I know he loved the Hokies and remembered when their biggest rival was Virginia Military Institute.  I know he remembered the games in Roanoke’s Victory Stadium, which is now as extinct as the dinosaurs.

I know he hated the Yankees because he grew up listening to the Brooklyn Dodgers. I know he cried when Bobby Thompson did what he did. I know he loved Duke Snider, but his favorite player was Jackie Robinson. I know he grew up in a segregated state surrounded by segregated attitudes and if there is one thing sports-related I could ask him, it would be how that all came to be. 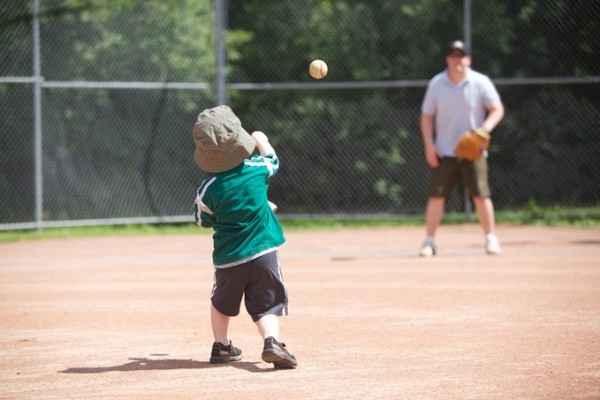 What I know most is what I truly wish I didn’t know at all. In spring of 1999, he died. He never saw Vick take a snap, and he never saw local basketball teams make the Final Four.  He didn’t see me turn into a Yankees fan – although that is probably for the better.

Today, I wake up a sportswriter and I go to bed the same sportswriter. The games, results and schedules are all I know. Without them, I am effectively ineffective. In the normal world, I realize it’s more than most care to understand. In my world, there is never enough.

All that can be traced back to him and his essence. His stinginess with grammar. The hoop in the barn and the ball from Charlotte and the tales of Jackie Robinson. Somewhere along the way, sports became all that I knew and all I cared to know. Somehow, I became a member of the sports culture that moved from sideshow to main event. I suppose the grammar lessons helped create that too.

Now, each Tech football game is televised. There is no sitting in the kitchen while imagining the yard lines. Brackets are released as they’re announced on the internet. A click of a button and they are in your hands. The next afternoon is rendered useless. That used to be my favorite time. But it – like him – has moved on.

There are nights when I think of the local game I covered and wonder what it would be like to give him a call. He would relish the job that I have, as it would further his knowledge and insight on the games.

I often wondered if I would have been a better baseball player than I was on the court, if it not for regretting touching first base without him there to give me direction. That uneasiness made me give up on the diamonds and the dirt, but his absence could never make me give up everything.

In the end, sports were too much of my heart and every bit of my soul. Without those things, there was nothing left to live for. They remained engrained in my lifestyle, all from the teachings of an old man who wanted his son to have a childhood he never had.

It doesn’t take a Nobel Prize winner to figure out that sports are a natural institution used to bond an old man and his boy. The film "Field of Dreams" doesn’t need to be required viewing to hammer home the point. Each night, sons and fathers watch games together. Many treat it as a rite of passage.

They should enjoy every second so as to remember that it was once there after it’s gone.

On this day in 1941, my father came into the world. Just over 58 years later, he left it. And 72 years after his entrance, his son is writing to tell you how much his influence mattered to what drives him and makes him a whole being.

Until the day when sports dissipate and vanish, they will unite father and son. It’s as natural as the crack of the bat and sound of a buzzer. There’s no contesting the continuity or strength of the bond. Its existence is as real as these words on your screen. The discovery that remains pertinent to this man is that the bond never dies. When the ball floats through the hoop, it takes me back to the old white barn. Infield practice before the game reminds me of grounders in the yard. Time moves on like the cursor on a page with a deadline to meet. It will go on after the submission too. Yet, sometimes we forget the moments and memories made with those who are on the short end of time. Some people, places and things fall off the page.

No matter how much time squeezes between me and my father, it won’t break the bond that sports created. On his birthday, there’s no better tribute than to say thank you. If not for you, there would be no me. The moments in time would be held less dear. Thank you for piecing together the court that matters most.