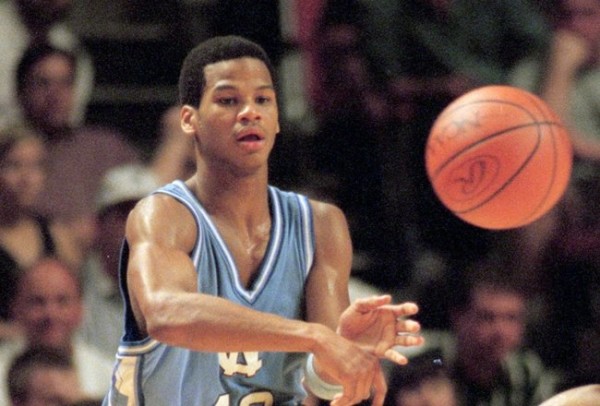 Sometimes, it’s hard to tell when fandom started and where naivety ended. Sometimes, it comes back like yesterday. The smell of the bar where you watched a game that converted you wafts into your nostrils. A play like the one you saw before takes you back to the goosebumps and quick decision of your now beloved.

This writer recently looked back on the things that molded his fanhood. The truest of loves – the Philadelphia Eagles – came into life given and influenced from relatives in Pennsylvania. Virginia Tech football took hold due to family connections. The Bronx pinstripes – although now baseball is a dormant love affair – began when rooting for the Boston Red Sox became a trend.

On ice, the Flyers came along with the idea of watching hockey and knowing that the Eagles were already there. Last, but not least, North Carolina basketball was embraced because in ACC country, you had to root for someone. Why not pick Dook's arch-nemesis?

There you have it. There are the explanations behind rooting interests that manifested into stories, heroes and memories. For every Joseph Forte in Cameron Indoor Stadium, there’s an Aaron Boone home run. And in the midst of it all, it’s hard not to notice my alma mater in Blacksburg is the only hometown team that made the cut.

Born and raised in Northern Virginia. Now synonymous with the Washington, D.C. area, it’s never felt that way. With no pro teams in the state, the Redskins, Bullets and Orioles ruled the coverage during my early years. In the pre-Michael Vick era, Hokies football remained a footnote in local coverage.

Then – as many of you remember – local coverage was the only coverage. We didn’t own a satellite dish until the mid-2000’s, basic channels took up the screen. Thank the powers that be for Jefferson-Pilot’s weekly ACC basketball games and the occasional national football coverage a la Monday Night Football.

We caught the Hokies on the radio in the kitchen. When the playoffs rolled around, we finally got to see what ‘out-of-town’ teams looked like. Understanding the value of John Elway proved impossible until he rolled through two consecutive playoffs. Other than a back-page story in the Post, it was hard to know what went on elsewhere.

In that respect, it’s remarkable that out of market teams were favorites. Perhaps it’s being stubborn with unwillingness to fall into line that pushed me further from teams 45 miles up the road. In everyday life, it became apparent who those fans were. They had it easy with coverage and apparel at their fingertips. Eventually, rooting for a team out of the stone’s throw became more convenient.

Opinions shaped by the team were mine and mine alone. To this day, school classmate encounters with people who are hardly memories touch on the Eagles. Being the resident Philadelphia Eagles fan was something fun, different and enjoyable. Of course, through high school the team was good and the Skins were awful life was okay.

(I won many school lunches betting on the team in green. Especially in 2004.)

The caveat to this story is that it was largely without a hop on a bandwagon. Somehow, it became apparent that to root for teams out of the area, one would have to go all-in. There was mercy for those who died hard with their teams. There was none for those who simply brushed a lost season aside.

To disconnect from my fanhood would be death or something worse. A recent post by Tommy Lawlor highlighted the positives of being an out-of-town fan. To find another die-hard is a highlight of a week. Another person in a green hat is another friend in the world.

If my rooting interest had been in tune with those around me, it’s hard to tell what would’ve shaped me. The only time spent with many fans of the same team were in college. Disdain towards them usually set in.

Of a group of fans, the ones who are out of town must keep track. Now, things are a bit different with the immediate coverage across the world. But, a fan of the Colorado Rockies in Ohio must follow the Colorado Rockies in Ohio. It becomes a chore, a job and even more. No FM radio station is gabbing about the Eagles when my dial turns on. If that’s needed, it’s up to me to find the stream online and turn it on. The seekers become passionate. The given can lose passion quickly.

Perhaps it’s not a homer problem, maybe the problem is with me. My intolerance of foolish suckers and loud-mouthed devotees numbs me to the local teams. Many conversations about sports take place with those less fortunate. When a team is local, their numbers increase. Being a Redskins fan would be far more irritating than rooting against them.

Whenever anyone spouts off about the salary cap penalties in Washington or RGIII’s wedding, I simply smile and say I’m a birds fan. They usually get in a quick shot and leave me alone, the very place where I chose to be in the first place. It’s comforting and disconnected, while providing more objective and less force-fed opinions.

Suffice to say, it’s hard for this fan to see anything wrong with those who don’t pull for the hometown team. I can’t imagine rooting any other way.