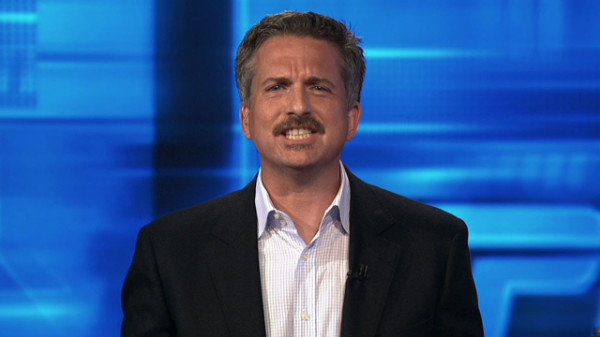 Call it personal preference. Maybe it’s inability to embrace the mainstream. It could be disappointment or fatigue. Regardless of reason, what Bill Simmons became seems wrong.

Make it clear from the start. Simmons is popular, rich and cutting-edge. He’s been willing to explore the vague intricacies of sports and communicate them. His 30 for 30 series became a tremendous hit with gripping stories and fantastic film production. He regularly puts out podcasts that don’t tickle my fancy, which means little. His devout fan base will listen with each release. Mailbags upwards of 7,000 words draw the group of Simmonites into immediate and immovable attention.

He’s his own beast. Perhaps that’s what created the feeling within me. It’s not envy as there are many writers better than him, and I doubt I’ll be one of them. There’s no assault on his fans coming, as they consume what they love. Consumers in general enjoy what they want to enjoy, and that’s their prerogative with Simmons.

It all seems so different now. When the brilliance of Simmons stood at its finest peak, he cranked out hilarious, sincere and poignant pieces. His piece on the different levels of losing in 2002 still remains a personal favorite. There remained a tie between all sports fans and Simmons. His pain was yours at some point.

There were many pieces like the aforementioned that deserve a eternal bookmarks in the sports fan’s browser. The man – by my account – is a genius. He started as the fan (with a journalistic background) and made it to the top.

Without his work, I likely wouldn’t be a sportswriter. I’d also be willing to bet that a world without Simmons would be one without this website. He made blogging a “thing,” and fans across the globe – whether they knew it or not – reaped the benefits of his pioneering.

Some will argue that his undoing is the connection with the blogosphere. While fanboyism is rampant across the Web, I find it hard to put that blame on Simmons. He entered a black hole and created something, without any idea of the impact and ripple effect it would have.

At the point where I frequently threw remote controls over bad calls, it all read like beautiful sheets of music. When the desire to become a sportswriter took over, Simmons’ work lost much of its appeal.

The idea of Simmons pouring out several thousand words of answers that frequently tie pop culture and sports together irks me for different reasons. When his mailbags are read, I frequently wonder how people read them consistently. It’s tiresome, long-winded and casually off point. Where can one find the time to read about the Clippers’ bench resembling the cast of Survivor? The incessant pop culture connections don’t mirror what I remember soaking in when Simmons wrote.

Instead, he’s now connected the two entities: pop culture and sports. I thought those two things were supposed to stay separate. Maybe I’m out of touch.

Simmons’ editorial venture on ESPN, Grantland, churns out some of the best content the sports Web can offer. At times, it also produces things too far out of left field, all the while seeming to be too smart for its – and the reader’s – good. Still, when Grantland is good, it's really good.

Rarely do I find these valuable pieces written by Simmons, and that’s what I thought was his capability. There are few at their best that can hold a candle to him. At his apex, he could’ve written weekly columns for Sports Illustrated or the New York Times. My appraisal of his talent – while worthless – is high.

He’s considering stepping out of the studio after his run with ESPN’s basketball television programming. This doesn’t disappoint, as he never came off as a TV guy. His niche should be within the margins, where it’s capable of weaving together ideas that never seemed possible before.

Yes, it’s his life. He’s earned the right to cash his paychecks with his actions. Of course, this sounds like an argument of he-said-he-sold-out. I insist, there's no malice towards Simmons. The problem is that while we separate him from his ESPN overlords we spend so much time pining about, perhaps it’s time we group them together.

The life of Simmons’ writing isn’t what it used to be. The quality of his words seems less than before. Diatribes and similes fill in the blanks of what I once read as something so poetic and real. Maybe he really turned in to the Dennis Miller of sportswriting.

I’m not his advisor, nor should I be. There’s nothing to prevent Simmons from backing up trucks filled with cash while talking to Uncle Sal about last week’s potential bookie-thrown results. But at this point, he’s become the talking head that we all turned to him to avoid. Just because the appearance is different doesn’t mean the intent is. ESPN caught a fan base hook, line and sinker with the expanded role Simmons plays. He sells; people buy. His tremendous book sales have indicated that – and rightfully so.

The troublesome part in all of this is that he’s not what he could’ve been. Maybe I’m jaded – writers have been known to get that way – but I don’t think it’s the case. I think any rightfully sane person would hit the "X" on a tab with 3,500 words that provide little substance.

NBA junkies will always marvel at Simmons’ ability to put everything in perspective and connect it to a theory or pattern. The trade machine will endure, with more and more questions about what Kevin Love would really fetch if Seattle had a team and wanted him.

It all seems so trivial. I’d much rather read something that explores the agony and ecstasy that comes with being a fan. There seems to be a growing number of fans who have become disillusioned with Simmons. It comes as unsurprising. I’ve strayed far from his work. It’s not what I remember inspiring me and countless others.

There’s something to be said for the man who made himself out of what he wanted to do. It’s smart, driven and the American way. Yet, I wonder what could’ve been.

In the silly sadness that overtakes me as I smile thinking that a twitter handle switch from @SportsGuy33 to @BillSimmons represented much more than a name.

The Sports Guy is gone. I wouldn't bet on his return.

7 Replies to “Sports Guy, Where Art Thou?”