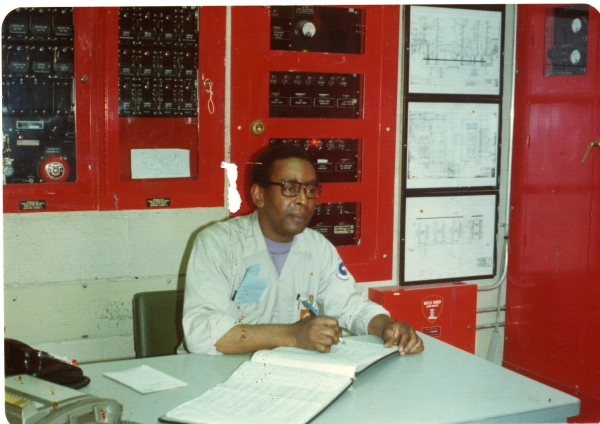 It was spring break in 2001, my freshman year at Babson College. A couple of nights before heading back to Massachusetts, he sat down in the recliner that stopped reclining properly with the lights dimmed and the television on ABC’s World News Tonight with the (legendary) Peter Jennings.

For him, this had been a nearly lifelong ritual. Well, lifelong for me as I remember numerous nights of him perched in front of the screen with one or two vices nearby after a long day at the construction sites he worked at, the community meeting he set up or the church he served as a sexton for. This night, it was strange to not see the pack of Carltons or bottle of Rolling Rock next to him.

These are the small things you notice as the years fade.

This was the first time I got to see him since I came home for the break. He had left the hospital after a heart attack the week before. I didn’t learn of it until I walked in the door, smelling like I brought the clean Wellesley air into the swarming streets of Harlem. As I learned later, he didn’t want anyone in the family to tell me about the heart attack because he was concerned that I was going to lose focus in school. Babson, a place that I’ve learned to truly love since graduating over 10 years ago, tested every single fiber of my being. Why fray an already frustrated mind, he thought.

Why underestimate what I can handle, I believed.

While Jennings was telling us about some far-off war in a far-off land, we avoided talk about the fragility of the heart — literally or figuratively. What we did talk about was football.

In his younger days, he played high school and eventually semi-professional football. He played while working quite a few odd jobs and with a wife and baby in tow. In the iron man, play-both-ways styling of semi-pro, he wasn’t exactly a hidden gem. In fact, for a tight end/defensive end, his wife said that he was “light in the ass.”

He had a pretty rough upbringing, an incredibly sore spot that none of his kids had the nerve to touch or even knew had the permission to do so. Yet on that night, for the first time in my nearly 19 years on earth, I finally asked him about those days he was on the line of scrimmage. 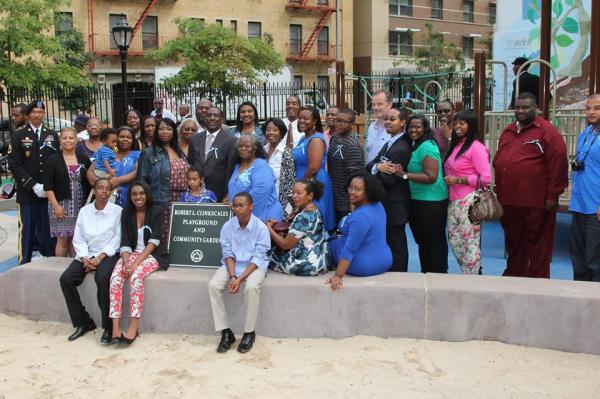 My father passed away less than two months after this conversation.

He didn’t become a star on a football field. He didn’t move up the ladder from a job with General Electric or create a construction firm based on his 25 years of experience in the industry. The faces of buildings he helped erect don’t bear his name. Yet, recently, a lifetime of work was honored in a way he would have never dreamed of.

On what would have been his 75th birthday this past Monday, my family and I were reminded that my dad wasn’t just beloved at home, but truly missed and respected in our community. A vision of his shared with a wonderful man he mentored into community activism, Fred Wilson, finally came to life as the Robert L. Clinkscales Playground and Community Garden was opened to the public.

Back in the late '90s, my dad and Mr. Wilson took a walk with members of the Parks Department and local government through a half-acre plot of land that was partially used for a garden developed by tenants who lived in the adjacent buildings. The gardens themselves had been around for decades and had survived Harlem's worst with hope that the community would see better days. The rest of the land was privately owned but never used.

My father and Mr. Wilson had the idea of turning the plot into a full-fledged park with the full resources of the city's Parks Department. The gardens would be rebuilt and remain in the care of those who first cultivated them. The rest of the park would have a handicapped-accessible playground (able-bodied children would be free to play as well).

When my dad passed, there was talk from some community leaders about creating something grand in his honor. The thing about having a veteran in the construction business in the family was that we had a deep understanding that until concrete is actually poured, a blueprint is only but a sheet of paper. We were initially cynical of the idea because when it comes to any construction project in New York City, space may be limited, but time isn’t. Whatever would come of this honor wouldn’t be built for a number of years.

As much as my father was the face of our family’s civic commitments to most people in Harlem, these efforts were a partnership of a couple who had six children and raised their eldest grandchild in a bountiful 43-year marriage. My parents were the types that everyone around them considered mentors, friends and, in some cases, surrogate mom and dad. 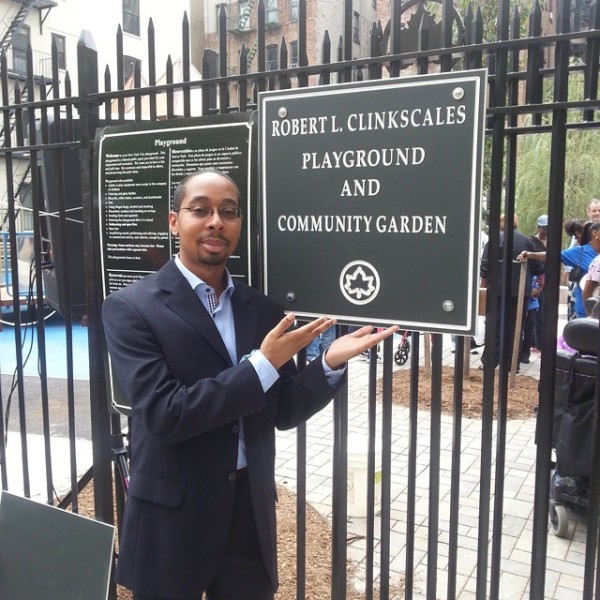 Through the persistence of not only Mr. Wilson, but my darling mother Kathryn, who made sure that the powers that be kept their promise, the dream became a reality. At a time when nearly any abandoned lot or dilapidated residence has become a target of vulture real estate developers, that this half-acre of Manhattan land remained untouched for no other purpose than building this park speaks to their efforts.

And yet, this was not just a labor of love for the family, but one of public servants for whom we are eternally grateful. Former City Councilman Robert Jackson and former Manhattan Borough President C. Virginia Fields were crucial in the funding for this park. Former Parks Commissioner Adrian Benepe — whom my father loved working with — made the commitment to build it. State Assemblyman Denny Farrell provided some much needed guidance for the planners who were designing their visions of how the playgrounds and garden beds would be utilized. The Parks Department itself worked incredibly hard to clear the land and finally build the playground, garden beds and more over the last year and a half.

Most of all, the residents were incredibly patient as this project was being developed. They sacrificed their self-sustained gardens and more because they wanted and believed in a new beginning. As my mom said later that night, he loved Harlem, and on Monday, Harlem loved him right back.

“Bobby’s Park,” as the family calls it, is Harlem’s first new park in ages. What makes it special is that now, disabled children of the neighborhood who rarely get the chance to enjoy playing outside as any other child would get that chance. On top of that, the garden gives all kids a chance to really know where food comes from, as too many think that it just comes from a bodega or supermarket. They even watch and help their elders grow fruits and vegetables!

There are some days when I feel as if I’m stuck at 18-going-on-19, pleading with God — or whoever runs things around here — for one more chance to have a conversation with my dad. I want to ask him about seeing some of his favorite players in the flesh like Dick “Night Train” Lane. I want to hear what his plans would have been to slow the rapid gentrification that’s overwhelmed the city. I want to talk about taking in a game at one of the newer ballparks he never had a chance to see.

Thirteen-plus years later, I still miss him terribly. Yet, Monday was a reminder that I wasn’t the only person who wished to have one more good chat with him. Perhaps someday soon, he’ll meet me in his park as I’m sitting on one of its benches.

8 Replies to “He Believed in Harlem: How a Community Honored My Father”