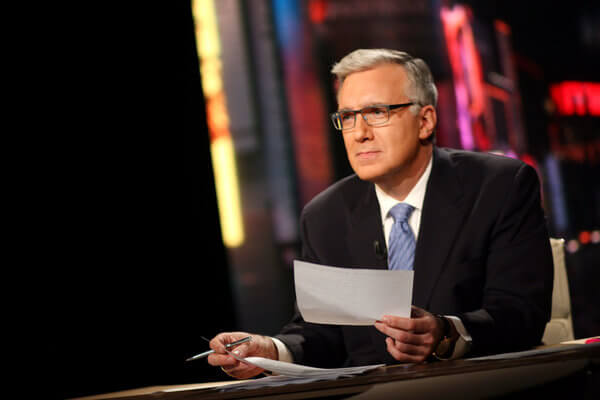 There’s no shame in admitting caution upon the announcement that Keith Olbermann would return to ESPN. As good as he was during his first stint on the network, his political ventures soured the taste. Olbermann needed to find middle ground between his start and his latest.

Thus far, he’s done a damn good job. His show is thought-provoking and filled with expansive vocabulary. He runs highlights and features interviews with strong, well-informed voices. His monologues harken back to his political days and still entertain. It seems the network hit a home run.

What impresses most is his ability to appeal to the lesser-known sports fans — which don’t fit the usual portrait.

By now, we know the stereotype of the sports fan. We’re positioned on a couch with a bowl of nachos, cheap beer, while our knuckles drag on the floor. Attractive sideline reporters and cheerleader shots are supposed to appeal to us forever and ever, amen.

It’s false, just as other catch-all portrayals. There are those of us who break down film, study statistics and read features for the extra sides of the games. My personal view of sport is it provides an excellent peek into human nature. We can see ourselves in the players, think as coaches and wonder as pundits. That’s just me. I’d like to think that goes beyond wins and losses.

This sub-layer of fanhood should appreciate Olbermann’s program. Without shock jocks or former players, the show appeals to the intellectual base. That might explain the 11 p.m. airtime. It’s not in prime time. Maybe those stuffed with nachos fall asleep by then.

Aside from Tony Kornheiser and Michael Wilbon’s “Pardon the Interruption,” it’s rare to find a sports show that jumps beyond the low bar. Documentaries such as “E:60” and the 30-for-30 film series accomplish the feat. The problem with the documentaries is they can't be refreshed quickly. They entertain and inform, but they come too few and far between. The lone intellectual show on the network is “Outside the Lines,” and it’s pitted with an awful mid-afternoon slot.

Olbermann’s show pulls no punches. He speaks clearly and succinctly about what he feels is wrong or right in sports. It’s done as his political shows were. However, he harps on things that can only go so far left or right. While still in the sports arena, he can ruffle a few feathers and change a few minds while playing ringleader in the circus. He’s entertaining, smart and unafraid to push buttons.

There's no doubt he's brilliant. His knowledge is apparent throughout the program, and he's still the tongue-in-cheek satirist. An episode last week featured Davey Johnson's criticism of the anchor. To which he replied, "If you see Davey Johnson, ask him how that double switch in the 1986 World Series worked out for him."

It’s about time. Too long we’ve wandered through the likes of Jesse Palmer and Skip Bayless. We've endured the pain of incessant replays of big hits and over-questioned play calls. The modern sports fans that use thinking caps rather than ball caps can enjoy Olbermann, who serves as a breath of fresh air.

They can enjoy him because his presence means someone with a lot of power knows we’re out here. They know we read Grantland and seek something deeper than a Bleacher Report slideshow of hottest WAGS. Some of Deadspin’s greatest work inspires us to look further into our favorite pastimes. We think on what we hear, and we question what we thought we knew.

The intellectual sports fan need not hide in fear anymore. There’s a place we can go to watch our highlights and laugh. A program exists where we can hear about the ripple effect of a labor strike or concussion settlements. Better yet, it can be enjoyed without losing the old fan within.

It’s worth abandoning an extra hour of sleep on a weeknight to watch Olbermann’s show. In fact, it’s worth a lot more than that.