I would not profess to say I knew Bryan Burwell for a long period of time at all. In reality, it has now become fact that I only knew him in a short window towards the end of his life, which sadly came to be early Thursday morning. I met him just a few years ago at the annual Cardinals Care Winter Warm-Up early in the morning in a media breakout room. Bryan would record interviews with many of the members of the team and other attached figures in our room, so essentially I had a front-row seat to watch him do what he did remarkably better than anyone else I have ever seen do firsthand: effortlessly produce a comfortable yet productive conversation out of anyone. It did not matter whether he was discussing a first trip to spring training with a promising minor leaguer or talking through the real-life impact of reaching the Hall of Fame with Tony La Russa. The man simply had a common touch that was unmatched in my eyes.

This could probably be attributed to the way I truly became acquainted with him myself back in early 2013. While we were in the media breakout room, he came in and he made his presence felt in an immediate sense, simply by speaking to one person he may have identified in the hallway before even stepping into his destination at the table in the media room. I knew it from hearing it for years on ESPN's "The Sports Reporters," as well as narrating local televised stories in my native St. Louis, where he worked for 12 years as a member of the St. Louis Post-Dispatch. Yet, in a room full of noteworthy voices, it was that distinctively deep voice that was instantly recognizable even if you turned to identify who it was.

It would be inaccurate to say that he worked the room, because he never went out of his way to announce his presence, mainly because he did not have to. Most every conversation that he had, you could tell it was a continuation of one previously. This was a man who genuinely knew everyone, and that gravity-like pull to him was returned from the recipient as well. Myself being easily the youngest and most unaccomplished writer at the time in the room, I stayed to my work in the corner that I enjoyed working from, being slightly seen but definitely not heard whilst earning my stripes I was not even quite sure I deserved yet.

The next time I looked around, I saw that the sudden master of ceremonies of the room, Bryan, had set up shop at an adjacent table just behind me, while setting in on working with his cameraman about what interviews he would be going after that day. In a day when my job was to speak with and connect with some of the most famous figures in the city and in sports, I was more stunned by the fact that I would be working in the same proximity with one of the most noteworthy writers of my time.

When the member of the Cardinals media staff who comes in the room to let us know that another player would be taking the podium to field questions soon came into our room, we moved over to take our spots in the adjacent room where the media sessions take the place. On the way out of the room, Bryan looked over at me and I nodded back in initial direct recognition, but then he made his way by and put his hand on my shoulder, which of course set my nerves into overdrive. I had hoped that I had not broken some unspoken rule of the room I had no knowledge of, but was about to be baptized in the parameters of.

But as quickly as those nerves flared up, he dosed them with a quick recognition that changed the course of my day immediately. He looked down at my laptop bag and noted that it shared the coat of arms of my collegiate fraternity, which unknowingly to me Burwell was affiliated with. Instantly the entire course of my experience that day — and many times after — changed. 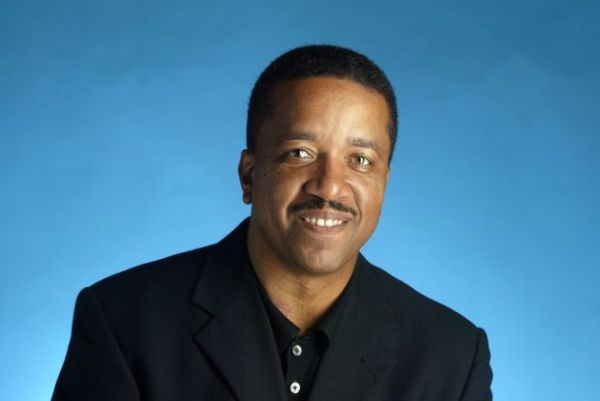 We immediately began a discussion on a number of topics that ranged from my work and background to his as well. He had questions ranging from what my goals were with writing and opinions on the Cardinals, all the way down to sharing fraternity stories and just general conversation. All in all during this first conversation, we ended up talking for close to a half hour, while a number of people who knew him came to speak to him and therefore met me as well.

Afterwards I would often stand next to him in the media sessions, where he would sometimes turn to me with an off-the-cuff comment or to offer some context that always helped to get a grasp on either what question to ask or even down the road inspire a story. It was one of the most unexpected yet meaningful professional relationships I had ever cultivated.

It was the beginning of one of the most useful and beneficial relationships of my life. After this initial meeting, we remained in contact occasionally. While I never asked him for anything directly regarding jobs or information, if something came along that he thought was a good opportunity, he would reach out to me with it, usually via Twitter or a quick text. Anytime we would run into each other at either a Cardinals or Rams event or practice, we would have that same conversation where he would check in on what I was doing and then, in his own generous way, let me know the best way to go about making the most of it.

I can recall the last time I worked with Bryan having lunch with himself and Joe Strauss at a restaurant in downtown St. Louis. As the three of us sat in the mostly empty establishment, there was a Mizzou basketball game on the corner. And while the lunch only lasted about 45 minutes, I learned more in the exchange of banter between the two seasoned writers than I probably could have in the rest of the year combined. Those two were longtime coworkers and did not have to welcome me to that privy of a conversation. But with his always welcoming style, Bryan gave stock to my opinion on both the game and other random topics just easily as he did the much more seasoned Strauss. That is just the type of guy he was, a true man of the people.

As an African-American writer, many times in this industry you do not see many people that resemble yourself or that you can relate to on that level. While Burwell was a nationally famous figure for both his written efforts as well as his televised work, he was not far from Earth in this culturally shared feature for us either. He related to me as well on that very basic and shared perspective. I came to find it was bigger than just a relationship built from a happenstance meeting over a laptop bag, that it was the gateway that showed the often-immediate bond that occurs between African-American journalists who are charged with the responsibility of shedding light in ways it may not have the opportunity to be shed through any other medium.

Bryan let me know that there is no reason to get away from who I truly am to write a sport that does not reflect me as often as it could. It was a purpose that I understood before meeting him but was sharpened even greater by being able to watch and associate with him.

I am saddened to see my part-time mentor/fraternity brother/stylistic mentor pass on for the standard reasons that one is impacted to see anyone pass. There is a family with a void in it and friends who have lost a genuine one in return. I am also saddened because the city and country has lost the type of perspective provider that never goes out of style. One unafraid to face up to tough issues and tackle them with his head up and head on.

But in his passing, he has also instructed another indirect lesson that can reverberate as long as the ones that he voiced to me as well: that your work and the ethic to create it can be your legacy, but to carry a common touch and strong dignity through what you produce can truly make you immortal, just as Bryan has become.

Thank you for what you represented, and later became, for me. From a representative work to read, and then an actual personality to model myself after.

Related: Falling In Love With Sports Journalism, One Black Female At A Time