I read each one of the 1,710 words that Brando Simeo Starkey published in his article written for The Undefeated, “Why we must stop pushing black athletes to use their platform.”

Upon finishing, I was only left with a thought: How did we as black people get to the place where not only challenging our athletes to engage in fighting for the cause was no longer needed, but it is actually something that should be discouraged?

This new idea that Starkey offers to his audience presents somewhat of a conundrum. See, the willingness of black athletes to engage in the political and social climate of the United States, and even abroad, has been something that is etched into the fabric of American history. From Paul Robeson and Joe Louis to Jim Brown and Kareem Abdul-Jabbar all the way to LeBron James, there is a lineage of black folks who are great in their respective arenas, but also have the wherewithal to remain conscious and vigilant involving issues of either their race or their country. So when it is suggested that we have to desist asking our stars to use their platforms in the same ilk, it seems almost counterintuitive.

Breaking down Starkey’s article, he offers two main reasons to comprise his argument. He states that “it is premised on a decrepit way of thinking that we should let perish, and it forces the uniform of the racial justice advocate onto those who tend to wear it poorly.”

Essentially, the 1960s way of thinking for black athletes is outdated, and our current crop of sport stars either do not have the intellectual acumen to speak on prevalent societal issues or they often utter the incorrect words when they do choose to speak.

Both of these reasons — while holding some validity — fall very short of truly upholding Starkey’s claim that black America (and to a lesser extent other marginalized groups) should stop calling on the most famous members of their group to use their platform for the betterment of the people. Let’s dig deeper to really understand why.

Reason: Forcing the uniform of racial justice advocate on those who tend to wear it poorly

I am choosing to begin with the second point because I believe it to be the most salient.

It is clear that today’s athletes have more star power than most. The words they utter at any point become newsworthy. Starkey warns against the double-edged sword, however — the temptation to turn every athlete into a social commentator just because he or she commands so much attention.

Athletes are ready-made spokespeople — millions follow them on social media — and their every comment can dominate headlines as reporters shove microphones in their faces. Yet, if we push athletes to speak because they possess the largest platform, we make proximity to a television camera a virtue while reducing capability for smart commentary to a mere afterthought. That’s like choosing a chef not on skill, but on who’s closest to the kitchen.

Yes, but even if the non-skilled chef cannot make the meal, if he can do a better job of getting it prepared by someone who is proficient, and delivered to my table, then I want him to make it happen. Starkey’s posits that we should have black people “outside of sports with the intellectual aptitude and the rhetorical panache to deliver the public commentary necessary to promote racial progress.” This is correct. They do exist. He continues, “If their platform needs to be bigger, then we must enlarge it to empower them to do this necessary work.” Unfortunately, the double-edged sword argument is the exact reason that athletes must use their platforms: We listen to them.

Have a gander at some numbers. Let’s compare the number of Twitter followers of some of the most intellectual black minds working today to some of the most famous black athletes. Michael Eric Dyson has 267,000 followers, Rev. Al Sharpton has 493,000. Melissa Harris-Perry has 537,000, Ta-Nehisi Coates has 681,000 and Marc Lamont Hill has 238,000 (as of July 6). If I was going to put a starting five together for the black people’s squad in the socioeconomic and political tournament, this would almost be akin to the Dream Team II (the first Dream Team is too legendary and would require icons like Booker T. Washington and Angela Davis).

What this won’t win are enough ears of the American people to make any type of real change.

Meanwhile LeBron James has 31.5 million followers on Twitter alone. Kevin Durant has 14.4 million, Carmelo Anthony has nearly 8 million and even Richard Sherman has 1.62 million. I mean, Dallas Cowboys rookie running back Ezekiel Elliott, who has yet to even sniff the grass on an NFL field, has nearly 400,000 followers, more than both Hill and Dyson. (I have much fewer followers than any of these people, just in case you were wondering.)

These staggering numbers aren’t even close. The public has spoken. People know who they want to hear from, and it isn’t the intellectual minds spitting discourse and rhetoric.

The primary example in Starkey’s article of the less-than-adept athlete using his platform in misguided ways was when the aforementioned Seattle Seahawks cornerback decided to open his mouth about the Black Lives Matter movement. Sherman’s take on the recent and disheartening situations of racial injustice offered little to promote the movement and focus on how white supremacy upholds the justice system and instead flipped the proverbial magnifying glass back on black people, highlighting intra-community issues. Sherman told a story about a childhood friend getting killed by another black person, then offered these words: “ I think as long as we have black-on-black crime and, you know, one black man killing another … if black lives matter, then it should matter all the time.”

While many people may disagree with Sherman, stating that he missed the point of BLM, it is actually quite possible that he offered a voice for many black Americans struggling to comprehend the violence in their own communities more than they deal with the same coming from rogue white police officers. In fact, I wrote an article in December 2015 highlighting the same dichotomy. It is hard for some people to decipher their feelings about BLM, and it doesn’t make them any more wrong. Instead of vilifying Sherman and taking away his microphone, he should be applauded for taking a stand — any kind of stand — that addresses issues of black people, issues of his reality. Because hypothetically, if athletes on a large scale, and not our scholarly minds, were to take up the mantle promoting BLM, it may have a profound effect on the policies and practices in this country. And conversely, if more athletes used their platforms to not only voice the same concerns, but also brainstorm action to help solve issues of black-on-black crime in our communities, the same awe-inspiring change can occur.

The shortsighted answer is to mute the athletes (which will probably never happen) while simultaneously asking for the intellectual minds to have an expanded platform (which they will possibly never achieve). Instead of compelling people to stop asking athletes to use their platforms, maybe the call should be for the athletes to expand their platforms to include the black academicians and politicians so the necessary work can be done collectively, thus achieving greater impact.

Reason: A decrepit way of thinking we should let perish

Starkey points out that during the 1960s, during the height of athlete activism, that people such as Jim Brown and others were “dependable advocates for various reasons, but the reality that they lived in an America with the obvious foes of segregation and overt discrimination meant the terrain of public commentary was far easier to traverse.” This made it easy for athletes to know what enemy they were fighting and how to convey the appropriate messages.

Observing the current landscape of United States, however, the markers of oppression and racism, he states, just aren’t as clear. “The issues assaulting black life now are decidedly harder to decipher, a veritable Rorschach test.”

Somehow even Starkey finds a way to contradict this statement by pointing out that poverty in the black community is still running rampant, that education disparity still disproportionately affects black children, and that, as he states, “Other social ills, such as mass incarceration, urban violence, implicit bias, and the breakdown of the black family, each represent individual diseases that have afflicted the black status quo.” If this is all true, then black athletes should have no problem identifying a cause and beginning to invoke action to address the issue. The lines do not seem as murky, if we can, in the time it takes to write our pieces, easily diagnose numerous hardships plaguing the black Americans.

In his article, Starkey points out that Hall of Fame baseball player and social activist Joe Morgan once stated:

This question is still relevant today. Starkey asserts that this way of thinking is “decrepit.” But I challenge this assertion and insist that this is exactly the way black athletes should process their time in the spotlight. My thinking insinuates a personal responsibly back to your community, something each athlete/star/superstar must own individually.

Author and sports political commentator Dave Zirin, one of my personal favorites, said in his book, What’s My Name Fool: Sports and Resistance in the United States, that Jackie Robinson “was more interested in politics that power hitting.” That mind-set gave people like Robinson the courage to stand in the face of racism while no one wanted to see a black man persevere in a white person’s league during the 1940s and ’50s. It allowed a person like Muhammad Ali to choose to not only forego serving in the Vietnam War due to personal and religious beliefs, but also sacrifice his boxing career during the prime years of his life. And it allowed Tommie Smith and John Carlos to make one of the most powerful statements in American history during the 1968 Olympics in Mexico. While current times are not as blatantly racist as those faced by previous generations, the amount and depths of work needed to empower and uplift black Americans is still just as great.

It took Mr. Starkey over 1,700 words to urge you to stop asking athletes to use their platforms to evoke positive change for black America. And it took me 1,800 more words to insist that you do the exact opposite. LeBron James has over 30 million followers on Twitter and over 20 million on Instagram. These are the voices that people want to hear. These are the people in the community we need working for our betterment. Because the more things change, the more they stay the same.

Athletes and social activism is no different.

3 Replies to “Blacktivism: Why Black America Needs Its Athletes To Answer The Call”

Blacktivism: Why Black America Needs Its Athletes To Answer The Call 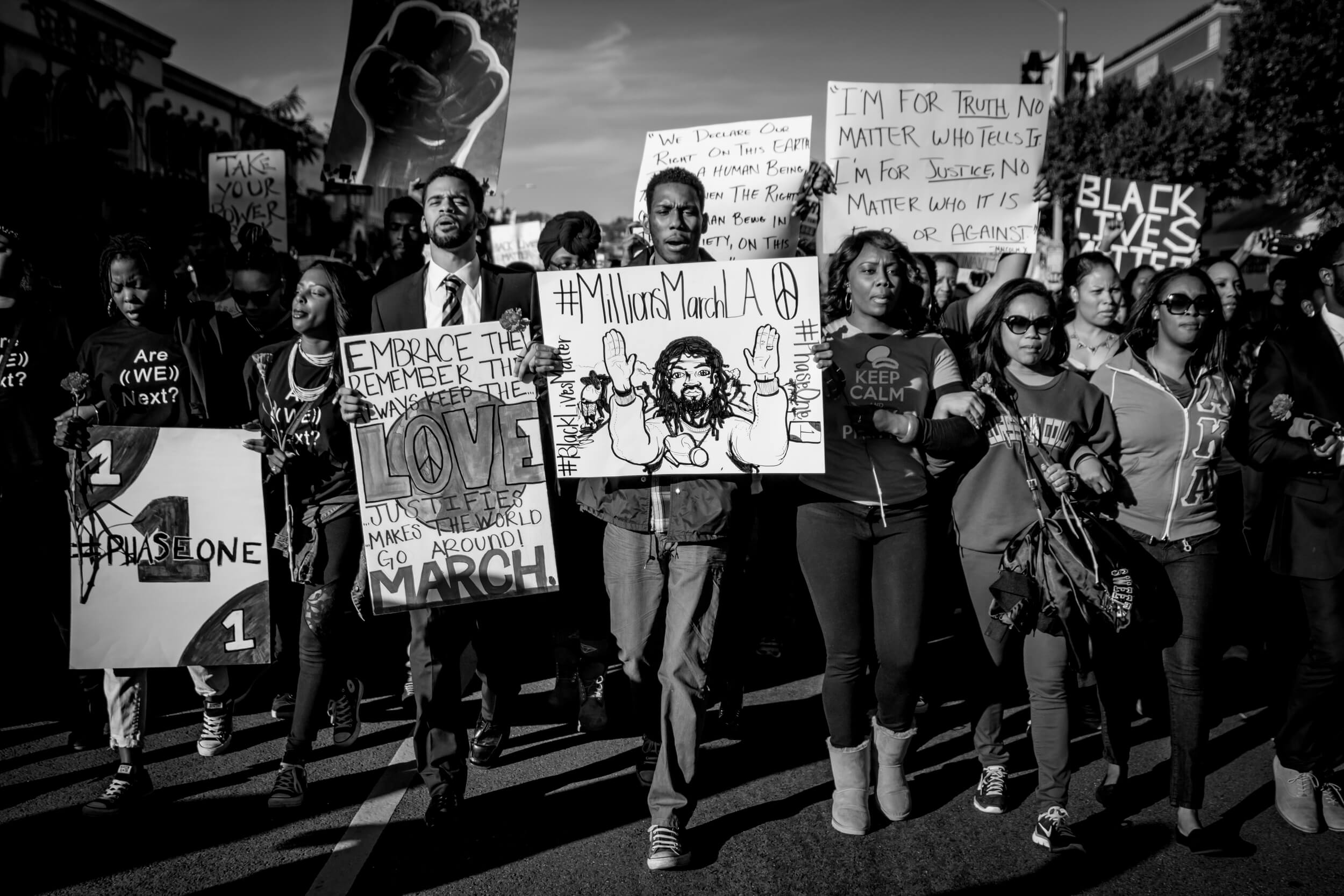 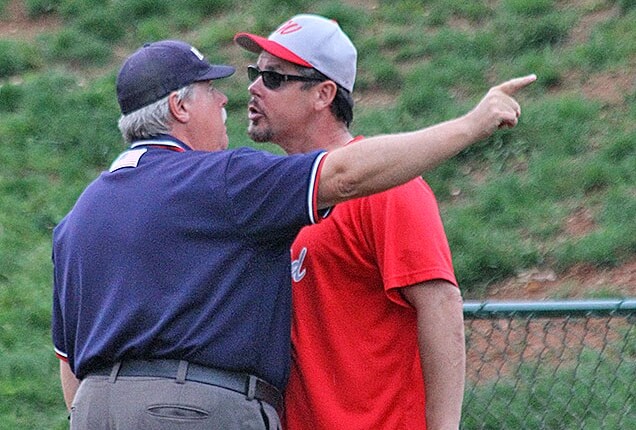