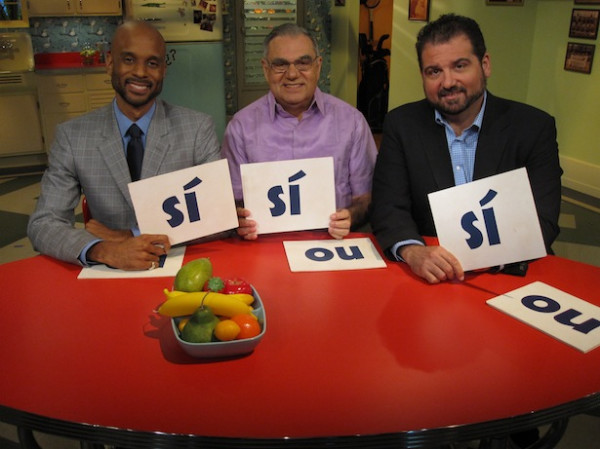 Glancing at your newspaper’s sports page or going online for stories is like walking through the offices of Sterling Cooper in 1960. Except it’s 2014, and Don Draper runs Grantland. Until leaders in the sportswriting industry decide to value diversity, readers will continue to be stuck with uninformed, insensitive content.

Embarrassing and oblivious takes from sportswriters are nothing new. Now we call them “Hot Takes.” Narrow-minded reactions have always been a problem. The issue stems from an industry full of diverse athletes from varied backgrounds having their stories told by writers who don’t relate to their subject matter. Sportswriting is like taking the writers from Friends and asking them to script episodes of Chappelle’s Show.

According to a 2012 report by The Institute for Diversity and Ethics in Sport, two-thirds of NFL players are non-white, 81% for NBA rosters and 39% for MLB athletes. That same report revealed that in 2012, 90.9% of sports editors, 86.6% of assistant sports editors, 83.9% percent of columnists, 86.3% of reporters and 86% of copy editors/designers were white.

The white male dominates sportswriting connection with Mad Men is a literal one.

The institute’s study comprised a very significant portion of the U.S. sportswriting industry: more than 150 major newspapers and websites. As expected, sportswriting demographics are also male-dominated. The percentages of males in those positions are 90.4, 82.8, 90.2, 88.3 and 80.4.

Those opposing this data would claim it’s unfair because there aren’t enough diverse candidates, and hiring managers are merely selecting from qualified applicants. Entry-level sportswriting positions don’t pay well, but they are sought after. The talent pool for sportswriting outlets and professional sports teams is very similar. So if newspapers aren’t hiring non-whites, why are the three professional sports' teams doing it? In the NFL, 26% of management positions are non-white. The NBA (35%) and MLB (28%) are doing even better. While not best-in-class, these are still solid results.

So what’s the point? Why does having a diverse sportswriting workforce matter? If the best person for the job is a bunch of white guys, so be it. May the best man win.

But readers lose when this happens. And so does the media corporation that employs these white males. Building corporate diversity is not just the right moral thing to do. It’s the right thing to do for business.

Diversity breeds creativity, knowledge, engagement and innovation. These things drive business results. Research conducted to support this position is vast. To avoid overload, here’s one example. In 2011, Professor Ron Burt of the University of Chicago conducted an empirical study that revealed people with more diverse sources of information generate consistently better ideas. A higher diversity of connections translates to higher quality ideas, which is a fundamental component of innovation.

Diversity and inclusion are also about the differences each individual adds to the conversation. It’s a person’s life experience, upbringing and unique stories. A more diverse staff may have stopped the Dr. V story from running on Grantland — a site, by the way, that covers sports and pop/hip-hop culture. That’s an extremely diverse subject matter, but of the 71 contributors listed on the site, I counted 13 non-white Grantand writers. I couldn’t find data to support my eyeball test, so given human error, let’s equate that to roughly 18%-25% of Grantland’s staff being non-white. This is above those 10% sportswriting standards. However, companies that are recognized for valuing diversity have non-white workforces in the range of 40% and higher. Given the subject matter Grantland is covering and a recent launch date that allowed it to build a staff from scratch with knowledge of the benefits of diversity, Grantland should be more aware and already have a percentage around 40.

I’m a white male. I enjoy writing about everything Grantland covers – sports, music, movies and TV. But if I surround myself with mostly other white males, I’m stagnating my professional and personal growth. While writing this article, I realized that in 17 years as a PR/communications professional working for seven companies, I’ve had nine supervisors — five black, three white (two males) and one gay Latino. Of my five black supervisors, two were female. Among my non-white managers, two were directors, two were VPs and one was a chief. So the companies I’ve worked for did an excellent job promoting diverse leadership. All of my supervisors were extremely qualified and well-respected. 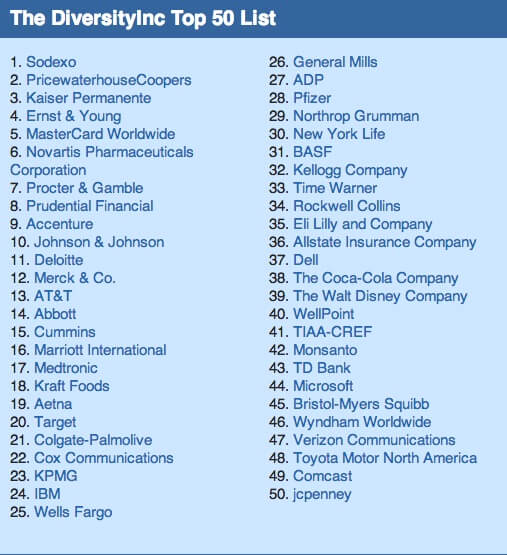 No doubt, this diverse work experience made me a more creative, innovative and valuable employee. The companies who value diversity and inclusion are the most successful. Each year, DiversityInc releases the preeminent benchmarking survey on the top companies for workforce diversity. It’s a who’s-who of high performers in the United States.

These companies value the increasingly diverse marketplace they are targeting. The United States is quickly becoming more diverse, and one of the fastest-growing demographics is people made up of more than one race. To reach these diverse customers, successful companies must employ a diverse workforce and train them to be cross-cultural.

So, is there hope for the sportswriting industry? Can it become more diverse in an effort to achieve better results? I can’t answer that. I do know that the most successful sports media outlets will be those that hire and best utilize diverse writers to speak to a diverse readership. Looking at the DiversityInc Top 50 companies, there’s a consistent theme to their success at creating diversity and inclusion.

It starts at the top. Leaders must be inclusive and drive diversity throughout the organization. Leaders that value diversity and inclusion make it part of the company’s mission, values and strategy. They set expectations and create metrics to hold their companies and leaders accountable. They advocate, celebrate and recognize diversity.

Successful companies also use affirmative action as a lever for accountability but understand just filling a quota won’t equate to success. The fault with the NFL’s Rooney Rule is that it only requires a team to interview a minority candidate. While the rule raises awareness around issues with diverse hiring, this lack of accountability leads to inauthenticity and interviews with no intent to hire.

Diverse training and succession management build a pipeline of candidates ready to fill roles, not quotas. Placing an unqualified employee into a leadership role sets both sides up for failure. One CEO I spoke with required all of his direct reports (chiefs and VPs) to identify and train at least five successors for each of their roles. He also required that three of the five potential successors couldn’t look like them from a race and gender standpoint. That technique forced his leaders to build diverse pipelines from the bottom up and gave everyone equal opportunity to succeed. When a position opened, they already had a diverse group of talented employees to choose from and naturally selecting the best candidate created diversity on its own.

I’m an example of this type of training in reverse. A white male, I was hired by the Sacramento Kings’ black PR director. Like most college interns, I was absolutely clueless when I first started. I was lost and had to ask questions about everything. But it was a brand-new experience, so of course there would be a transition period. The PR director understood this and supported me with training and patience. In time, I figured it out and became effective at my job. I was then promoted to the Miami Heat and moved up in rank a year later with the Warriors.

Without that support as a neophyte intern, I would have failed in the sports PR world. But I was given an opportunity and took advantage of it. Provided a chance, anyone with some talent, training and a persistent work ethic can succeed. Companies are proving that the talent pool for diverse candidates is deep. But the sportswriting industry has been unwilling to value diversity.

The clock is ticking on this good ol’ boy network. On Mad Men, Don Draper is learning that time is unkind to those who refuse to change. Let’s hope our sports media leaders learn this lesson before it’s too late.