Maybe these three aren't the wittiest with their comebacks, the quickest to retweet or have an influential presence on the daily, but they sure are starting their Twitter games strong with 2015 just commencing. And although their impact isn't the biggest, the gains they've made with only a few days into the new year are much greater than many can say.

First up, we've got Jim Harbaugh. Finally, after moving out of San Francisco, he decides to get a Twitter account and step up his social media game. His presence on Twitter has never been prominent, although he's had previous experience when at Stanford and making comments through the 49ers handle. Now, he's moved to a new team and ready to make big moves. His first Tweet: a welcoming one. 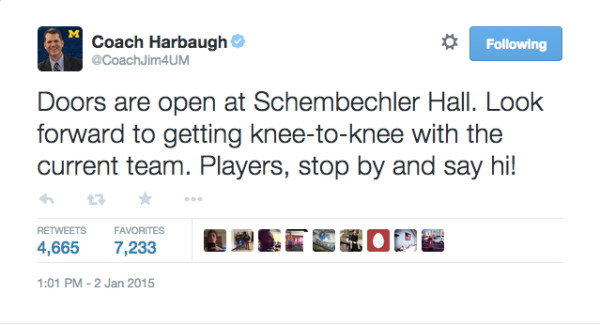 Next is Virat Kohli. Not the biggest name in sports, but one of the biggest names in cricket. The Indian cricket captain reached 5 million followers, making him the most followed cricket player on Twitter. As his popularity rose during the past year, so did his numbers on the social media site. This may not be the biggest announcement, but it does bring the word "cricket" in the news and might actually set this guy up to gain a couple hundred more. What better way to start off the new year than to be the cricket player ruling the Twitter game in his sport? Not too shabby, if you ask me. 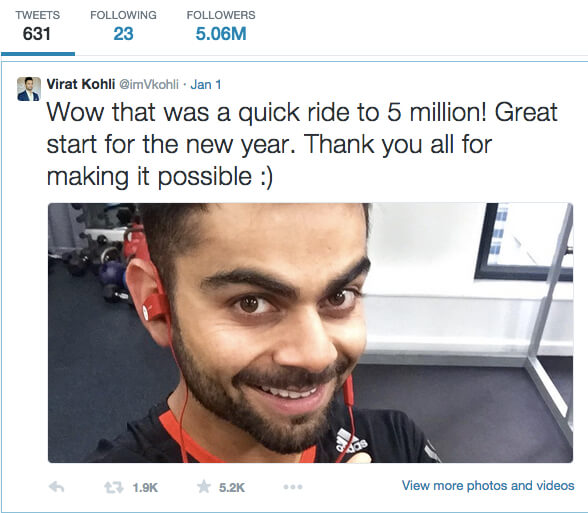 The one making the biggest moves is the Miami Dolphins organization, implementing innovative ideas for its stadium via Twitter. At their last two games, the Dolphins tested a new in-seat delivery system for beer. Hold up, now. They have started a revolution, delivering beer to seats by simply tweeting @beerme with the seat and section number, as well as the choice of beer from the Anheuser-Busch selection. They're making this way too easy, and it's great. From the data collected, they not only saw their fans satisfied, but could also track the consumer behavior and spending habits. When the beer finally graced the presence of the tweeter, said fan could pay cash or card through an iPad system. This Tweet-a-Beer idea is a game changer, altering the concessions exchange and increasing cash flow and data for the Dolphins. They may be slow to release this technology to the entire stadium, but it established an effective performance by the system and improves the fan experience. Now this just has me asking when will it come to the West Coast because who doesn't like beer delivered to the hand during a sports game? 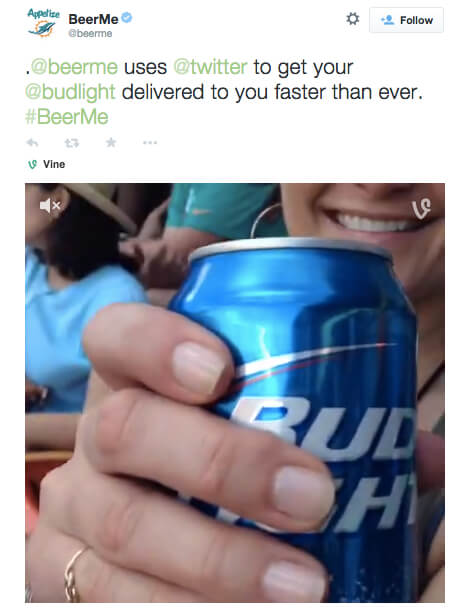