On back to back weekends, HBO has delivered what Gennady Golovkin calls a, "big drama show." HBO continued to pick of steam on what looks to be an exciting quarter of boxing, with excellent performances from the most feared man in the middleweight division and, until Saturday, the most obscure talent of the sport. Here's three quick take-aways from Saturday night's action.

Roman Gonzalez Has The Goods 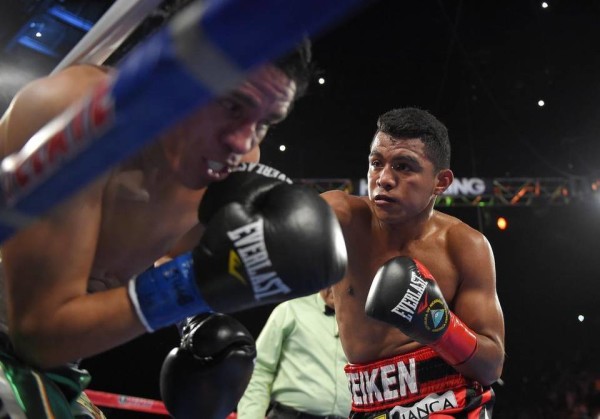 You probably hadn't paid much attention to this little dynamo until this weekend. And even if there were media outlets rightfully anointing him Fighter of the Year for 2014, some folks (*cough* Ed *cough*) still didn't believe he deserved the top spot. Not because they'd actually seen him in action, but because they hadn't heard of him. After Saturday, the name Roman "Chocolatito" Gonzalez is firmly in the minds of boxing fans everywhere.

The plight of the fighters in the lighter weight divisions has always been to wallow away in obscurity. But no longer for Chocolatito. HBO saw his flashy record (43-0, 37 KOs), they saw the come forward multi-punch style and a killer instinct, so the network decided to make a gamble. For hardcore fans, it wasn't so much of a gamble as it was a meritorious investment.

And what an investment!

It only took one round to show fans that Gonzalez, if nothing else, was exciting to watch. He didn't sign a multi-fight deal to sit back comfortably and collect paychecks. He came to make a statement. He attacked Edgar Sosa as if Sosa was the star attraction. Gonzalez stalked and mauled Sosa with 5-, 10- and 15-punch combinations. And the key thing to remember here, is that Sosa wasn't a stiff. He's a better fighter than Andre Ward's next opponent, Paul Smith. Smith is coming off back to back losses, he's lost three of his last 7 fights, and four of his last ten! Sosa has almost as many knockouts has Smith has fights, and Sosa successfully defend his flyweight title ten times.

In other words, Gonzalez delivered an important message on Saturday: he's both significant on paper to pundits and exciting to casual fans. Gonzalez is officially can't-miss-TV. 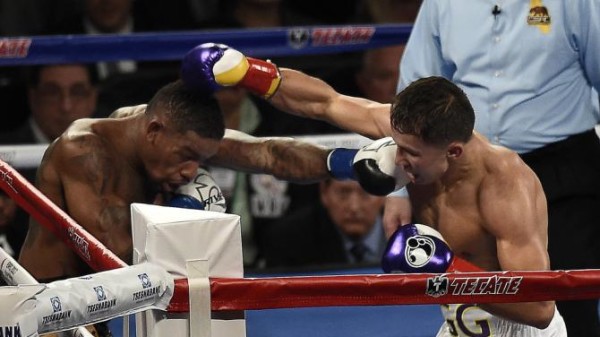 No one has ever said Gennady Glolovkin is perfect. No fighter is. What fans have been saying - and elite fighters and coaches seem to be missing or purposefully forgetting - is that Golovkin is the most consistently entertaining and active good fighter out there. Is he truly elite? We can't say for sure because other elite fighters have avoided stepping in the ring against him. But he's doing something against the "B" level fighters that other elite fighters can't seem to do consistently; he's beating them thoroughly and excitingly.

Carlos Baldomir was never an elite fighter. Floyd Mayweather Jr. could have outboxed him for 50 straight rounds or 50 fights and none of them would have been as exciting as what Golovkin is doing. Andre Ward beat, but didn't decimate several "B" level fighters he's faced, like Alan Green or Edwin Rodriguez. Peter "Kid Chocolate" Quillin couldn't finish, or really impress, against little regarded Lukas Konecny. And the list goes on. Elite fighters want to knock on Golovkin's level of opposition, but they're refusing to step inside the ring with Golovkin and failing to equally impress against similar opposition.

Despite being a massive underdog against Golovkin, Willie Monroe Jr. exposed some flaws in the onslaught of Golovkin's attack. Will elite talent be encouraged at finding out that the right fighter, one with balls of brass and a granite chin can survive inside the pocket with Golovkin (at least a little while)? Or will they simply launch long-range digital attacks?

GGG is a good fighter but everybody has flaws, hope he knows what his is.

Maybe they realize that it's one thing to point out chink in another fighter's armor, but a totally different thing to actually try to capitalize on it. A young James Toney with an uncanny ability to roll with punches from in close could really make something from Golovkin's imperfect inside game. Too bad there aren't many (if any) fighters with those types of skills or Toney's willingness to take on all comers attitude.

For the time being, it seems that would-be opponents like Quillin are more content to throw jabs at Golovkin from the safety of their phones, far away from a ring where Golovkin might have an opportunity to show them first hand the persistent pressure and horrifying power that has excited fans and tamed all comers.

Plenty of Stars In Boxing

For almost a decade before Floyd Mayweather Jr. made the switch to Showtime, HBO consistently put on the best boxing shows around. Once Mayweather made the shift and Al Haymon brought along his huge stable of fighters, HBO started to struggle. Saturday night was a glimpse into old greatness and a promising future greatness, too.

Putting Golovkin and Gonzalez on the same card was brilliant. Two come-forward fighters with punching power, boxing craft, and most importantly, an exciting mindset. For them, there is no disconnect between having the skill to excite and going out in the ring and actually trying to.

Golovkin, an eastern European fighter (few have ever really garnered popular acclaim in the U.S.) and Gonzalez, a lighter weight fighter (often overlooked in favor of heavier fighters) knew they were starting off their careers two steps behind other more marketable fighters. They've compensated for their lack of natural marketability by morphing into attractions people can't afford to miss.

At 33, Golovkin likely has a good five years of excitement left in the tank. Gonzalez, at 27, has plenty of years to build a following and deliver knockouts. If you caught HBO's spectacular showing last weekend, you'd know that Saul "Canelo" Alvarez remains one of the most entertaining fighters alive and he's only 24. Although fundamentally flawed, his last opponent, James Kirkland, could make the best of whatever time he has left in the sport if he can get his act together and suffer through the hell that Ann Wolfe puts him through. For however long that is, you can bet that each fight will be well watched because Kirkland doesn't know how to be a in boring fight. This is all to say that boxing has a wealth of talent that isn't named Mayweather or Manny Pacquiao. The sun will soon set on the careers of these all-time greats, but that doesn't mean the sun is setting on the sport.

Keep tuning in and soon enough, we'll have another universally recognized PPV king, a new heel in the sport that fans would love to hate, and maybe, just maybe, a new Fight of the Century to dream about.

One Reply to “Chocolatito Is Real: Top 3 Things We Learned About Boxing This Weekend”